HK Express jets off to two more destinations in Japan 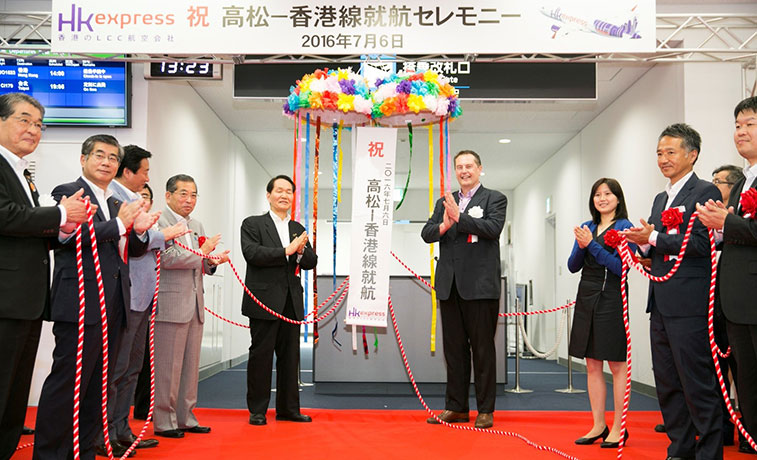 On 6 July the Governor of Kagawa Prefecture, Keizo Hamada (centre left), and Andrew Cowen, Director & CEO, HK Express (centre right), along with a group of VIPs, celebrated the launch of HK Express’ new route between Hong Kong and Takamatsu.