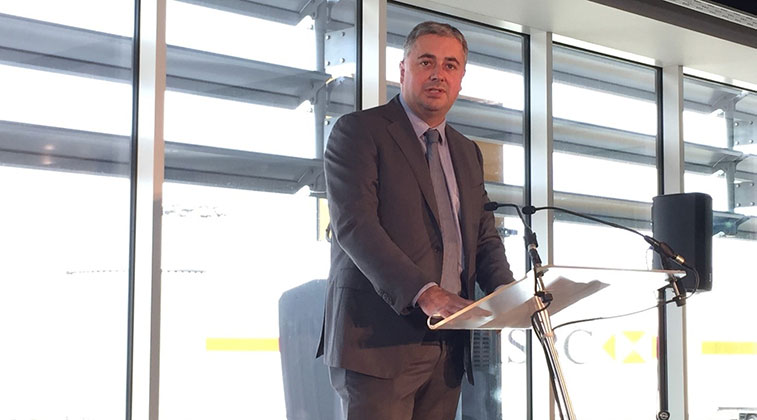 On 15 July, Stewart Wingate, CEO of London Gatwick, welcomed the UK’s media to the airport’s newly transformed Pier 1 in its South Terminal, as he announced that: “The airport’s shareholders have announced that they are going to be investing an additional £200 million pounds in Gatwick over the next five years. This will be invested by adding extra capacity to both terminals, improvements at immigration meaning passengers can get through the airport as efficiently as possible, and an airfield expansion, with new stands being built to accommodate more aircraft.”

On 15 July, Sadiq Khan, the Mayor of London, announced that he is backing London Gatwick, the UK’s second largest airport, to construct Britain’s next runway. Khan also visited the airport to hail the decision by its shareholders to invest a further £200 million into the airport over the next five years, which will bring the total investment made into Gatwick to £1.2 billion for that time period. As part of the further investment, the following projects were announced today:

Speaking at the event, Khan said: “It has been three weeks since the UK decided that it is going to leave the EU. However, it is great to see that even in these times that corporations are wanting to invest in London, and this news today at Gatwick is a prime example. Quick decisions must be made in order for the future economy of London, and the UK, to be successful. With this in mind, the Government must also take the same approach in regards to the UK’s aviation strategy. Our neighbours, and more importantly our competition, have invested heavily in their aviation strategies. This now is one of the new Prime Minister’s major tests, to make a decision about a new runway. We cannot delay this decision any further. London needs two major airports, and that is why I am backing a second runway at Gatwick. It will meet the demands of the south-east, it’s cheaper, more affordable, and can be put into place quicker. I call on Theresa May to choose Gatwick over Heathrow. If we make this decision now, it shows the world that Britain is open for business.”

Gatwick’s growing faster than Heathrow in relation to traffic

For Q1 in 2016, passenger traffic at Gatwick has grown at an average monthly rate of 6.3%, while Heathrow witnessed an average of 2.6%. That means during Q1, Gatwick closed the margin Heathrow has over it by nearly 99,000 passengers, with the gap for that period being 8.4 million. With Gatwick handling around the same amount of passengers in Q1 as the margin, and with it growing at a faster rate in regards to traffic, it makes sense that it requires the runway due to its faster growth rate. However, with Heathrow being at full capacity for the past couple of years, you could say that it’s not had the chance to grow as fast. 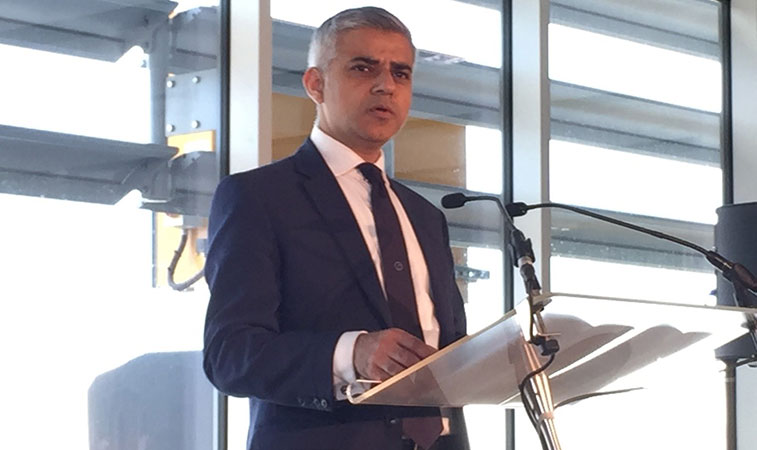 Mayor of London, Sadiq Khan, said of the announcement of Gatwick’s further investment: “London Gatwick is the front door for millions of people coming to visit London and I salute their decision to spend another £200 million on improving the airport’s facilities. They have put together a formidable plan that is a fantastic display of the company’s confidence in London.” Coming the morning after the tragic events in Nice, the time was also one of sorrow, with Khan saying: “We will do everything possible to keep London safe.” 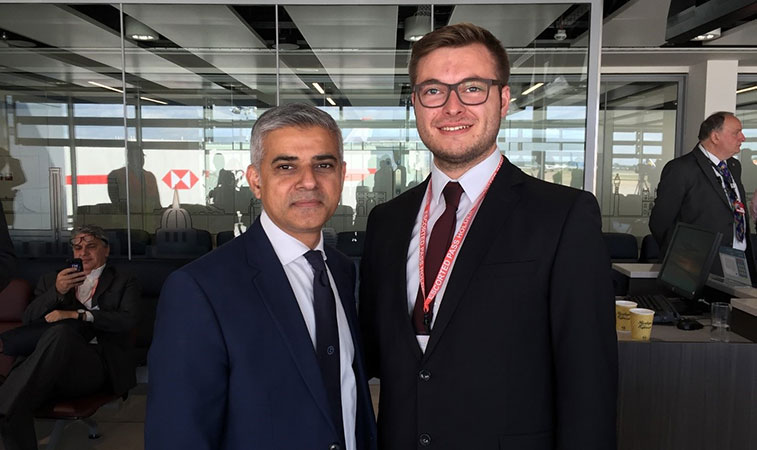 Khan tells anna.aero’s Assistant Editor Jonathan Ford that Gatwick is the right choice for the UK’s next runway: “London needs two major airports, and that is why I am backing a second runway at Gatwick. It will meet the demands of the south-east, it’s cheaper, more affordable, and can be put into place quicker.” 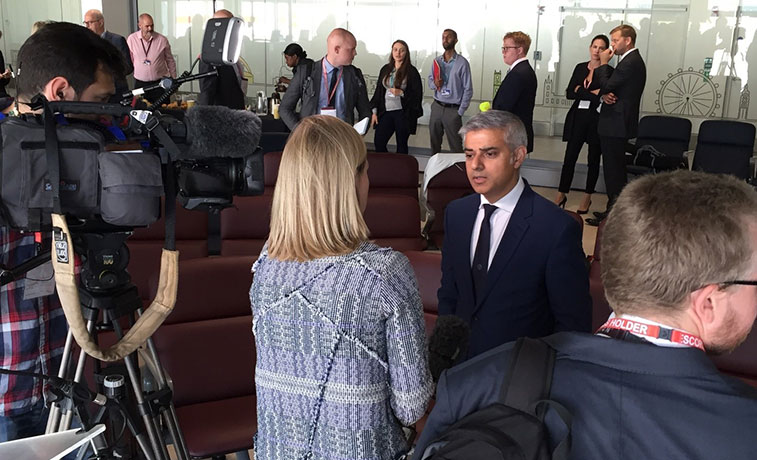 The day’s events were of course overshadowed by the tragic news coming from Nice overnight, however Khan reassured the media that he was doing everything he could to make sure that Londoners remained safe as possible. 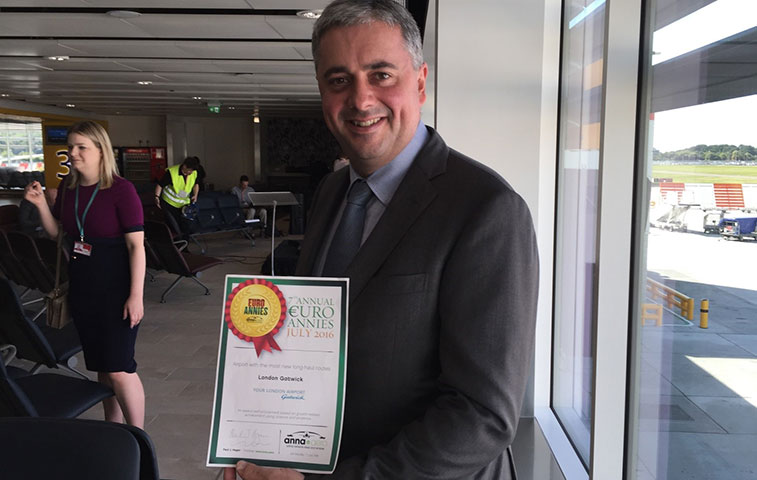 Stewart Wingate, CEO of London Gatwick, is so excited at the news of Gatwick winning the Euro ANNIES award of netting the most new long-haul routes in Europe, that even he wanted a chance to celebrate with the certificate. The award was also celebrated by the airport’s: Jennifer Newman, Airline Account Manager; Dru Patel, Network Strategy Analyst; and Despina Kolomvou, Airline Insight Analyst, last week. 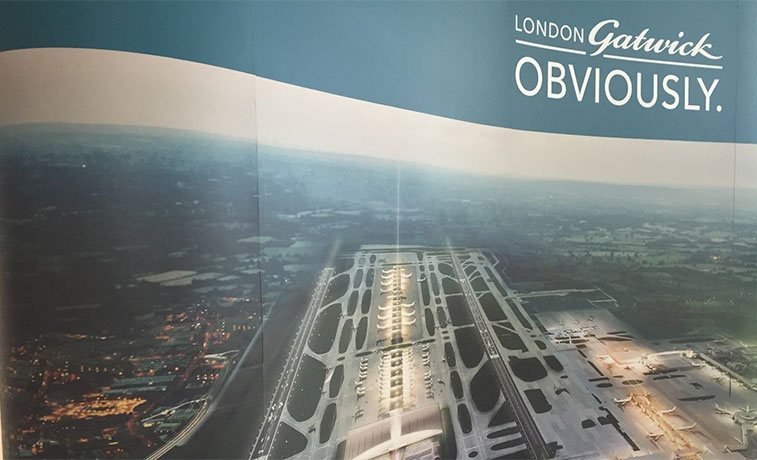 On display at the media event was an illustration of what Gatwick will look like with a second runway. The decision by Khan to back Gatwick puts growing pressure on the UK Government to make a decision of where the next UK runway should be built, Heathrow or Gatwick.