Ryanair set to grow by over 20% this winter in Bristol; has launched over 50 routes since making it a base in November 2007 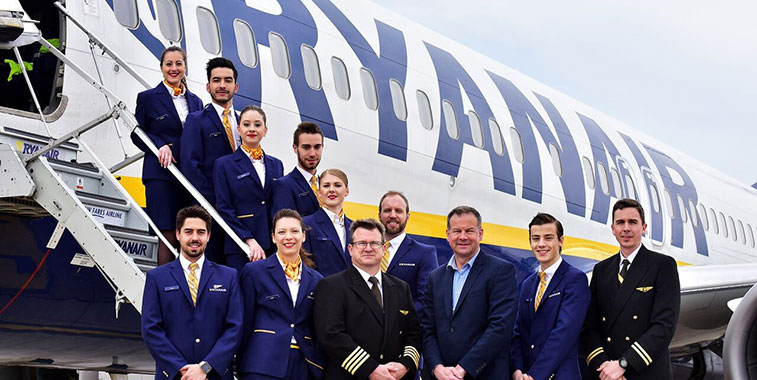 Bristol Airport’s Aviation Director Shaun Browne (third from right) poses with Ryanair flight and cabin crew to celebrate the airline’s announcement that it will be increasing capacity at the airport this winter by over 20%. The number of destinations served will increase from 15 last winter to 19, with the addition of a new Bucharest service, the continuation of the Krakow service launched this summer and the decision to make Milan/Bergamo and Venice Treviso year-round destinations.

While Bristol Airport in the south-west of the UK is easyJet’s eighth biggest base this summer (based on weekly departing seat capacity in August), for arch-rival Ryanair the airport ranks only 39th out of its 192 served destinations this summer. However, that still makes the ULCC easily Bristol’s second biggest airline, with around 23% of scheduled seat capacity this summer compared with easyJet’s 52%. All other carriers account for the remaining 25% of capacity. 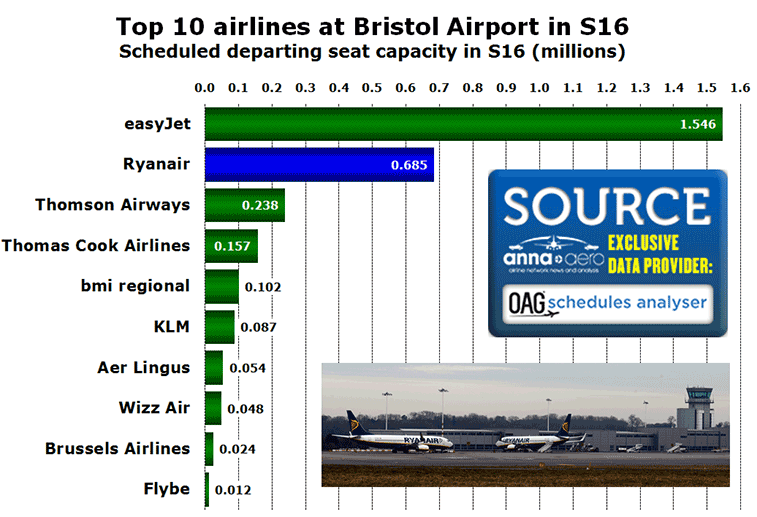 The Irish ULCC will this summer serve 29 destinations from the airport (up from 27 last summer). The increase in destinations is down to the new Kraków service that began in March and the resumption of services to Reus. Back in April it was revealed that Ryanair would grow its seat capacity at Bristol by over 20% this winter, adding an all-new route to Bucharest in November. In addition it will make Milan/Bergamo and Venice Treviso year-round destinations instead of summer-only routes, while Kraków will also operate in the winter season for the first time. As a result Ryanair will be serving 19 destinations from Bristol this winter, up from 15 last winter. 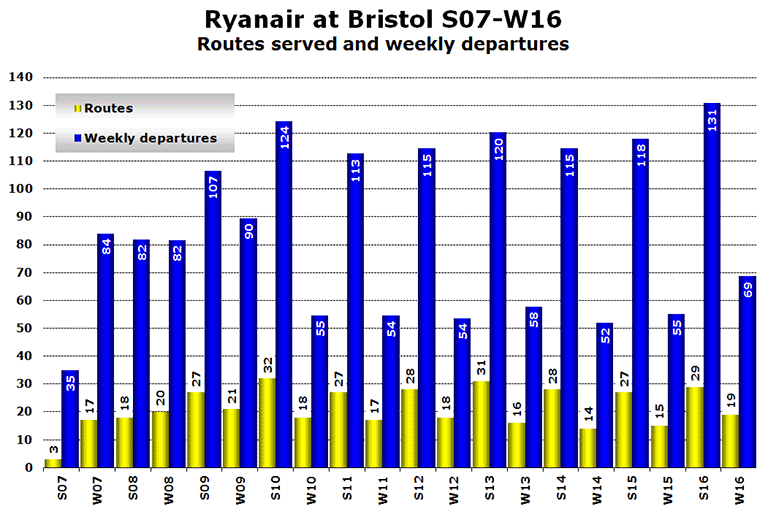 Up until November 2007 Ryanair only operated three routes from Bristol; Dublin, Shannon and Girona. Then it became the ULCC’s 21st base and the number of destinations increased to 17 in W07. For the next two years winter capacity was comparable to summer, but by W10 Ryanair was offering only around half as many weekly flights in February as it was in August. That pattern has remained much the same in subsequent years. In S16 Ryanair operated more weekly flights than in any previous summer from Bristol, while this winter will be its busiest season since W09. For now, the record for the most destinations served in a single season remains 32 which was achieved in S10.

In total Ryanair has served 55 destinations from Bristol (56 if you include Warsaw Chopin when Warsaw Modlin was closed for operational reasons). Of the 29 routes served this summer just five are served at least daily.

25 routes dropped, many after just one season 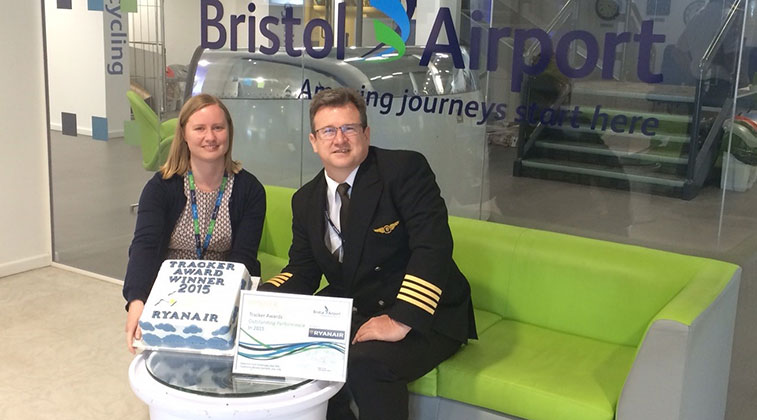 In May, Melanie King, Environment Manager at Bristol Airport presented Ryanair Base Caption Craig Hope with a certificate (and cake!) as Ryanair topped the table in Bristol Airport’s annual Tracker Awards. These are based on flight records for 2015. The scheme measures compliance with departure routes set up to minimise noise disturbance for local residents and also encourages airlines to use procedures which reduce their noise impact. Ryanair operated over 3,500 flights and was the only airline with over 99% on Departure Track Compliance and over 95% for Continuous Descent Approach.