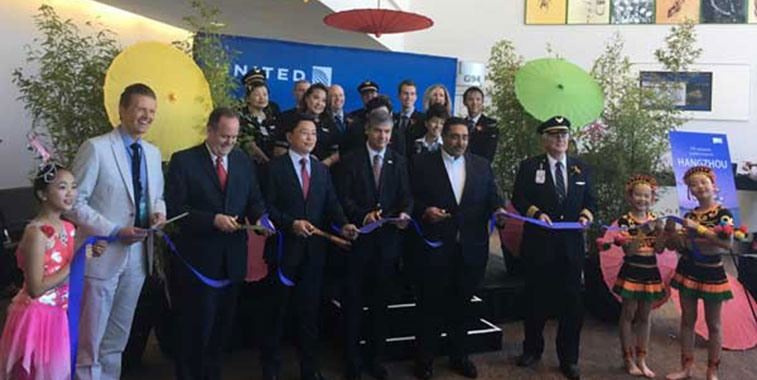 Celebrations for the route were also had in Hangzhou, including a baton passing ceremony. A gala dinner celebration was also had while Marcel Fuchs, United Airlines’ VP of Atlantic and Pacific Sales, presented inaugural flight certificates to a family from Jiaxing in Zhejiang province. The 10,037-kilometre sector to Hangzhou from San Francisco will be flown thrice-weekly (Mondays, Wednesdays and Saturdays) on the Star Alliance member’s 787-9s.