It was an early alarm call for the VIPs attending FlyPelican’s first flight from Newcastle to Dubbo, as the scheduled time of departure was 06:30. The airline’s directors Marty Hawley, Paul Graham and Emil McCabe were waved off by Newcastle Airport CEO Peter Cock (second right). 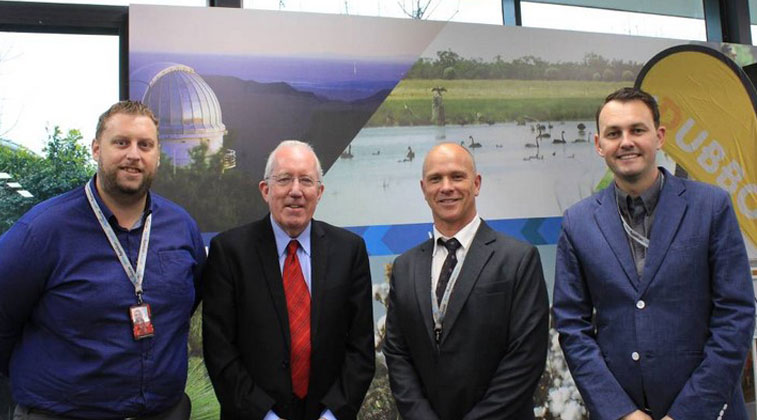