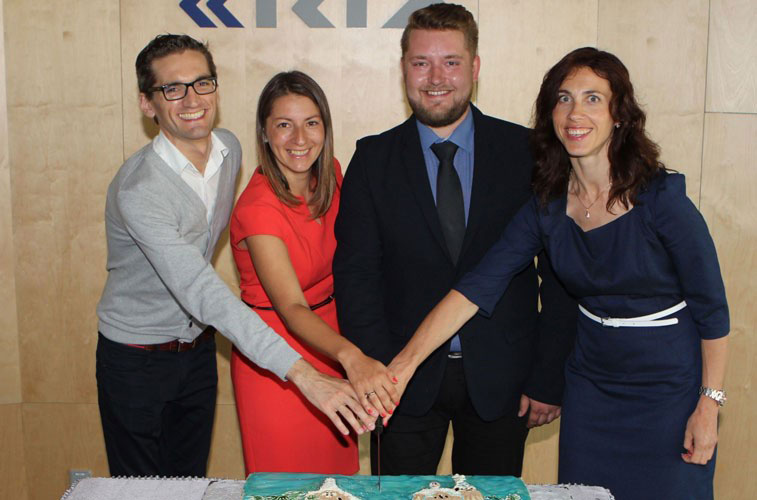 Vueling commenced services to Latvia on 25 June from its Barcelona base. The Spanish LCC is one of three new airlines to start operating from the country’s sole commercial airport in Riga this summer – it was joined in the Latvian capital in the last 12 months by new services from UTair (Moscow Vnukovo) and Aegean Airlines (Athens).

Latvia is the tasty filling in the Baltic nation sandwich, sitting as it does between its close neighbours Estonia and Lithuania. So far during 2016, the country’s air traffic is booming, with an average monthly growth of 8.4% between January and May, and with the first three months of the year registering double-digit increases. If this average increase continues through the remainder of 2016, it would seem likely that Latvia’s air traffic will surpass 5.5 million annual passengers, up from the 5.16 million achieved in 2015.

The country’s air services are solely catered for by the capital city’s airport at Riga. The airport currently offers a network of 75 non-stop destinations (down from 84 last year) across 34 countries, which were operated by 19 serving airlines (the same number as a year ago), according to OAG schedules data for week commencing 19 July. There have been three new tail fins added and three lost to Latvia’s roll call of airlines over the last 12 months. The newcomers are UTair, which operates daily from Moscow Vnukovo, as well as Vueling which offers weekly services to Barcelona, and Aegean Airlines which flies a weekly rotation to Athens. Airlines no longer stopping in Latvia include the now defunct Transaero Airlines (six times weekly to Vnukovo), Brussels Airlines (five times weekly to Brussels) and SWISS (thrice-weekly to Zurich).

Overall seat capacity this summer to Latvia is down 5.3%, when considering the week in question versus last year. Despite an annual reduction in weekly seats of 4.7%, the #1 airline at Riga is still based carrier airBaltic. While still some way behind the latter, Ryanair has added capacity this summer, albeit marginally (1.8%). Charter carrier SmartLynx Airlines grew by the largest amount in the past 12 months, with a 17% capacity increase. Transaero, which was the 11th largest airline last July, has been replaced in Latvia, and on the Vnukovo route to Riga by UTair. 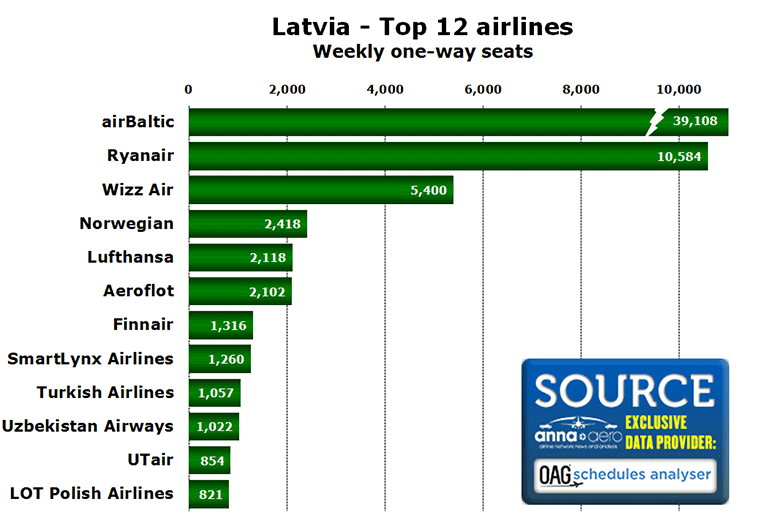 The carrier witnessing the biggest capacity drop is Aeroflot, which has reduced its commitment to Latvia by 33%. While the SkyTeam airline still offers 21 weekly frequencies from its main Moscow Sheremetyevo hub, its predominantly A320/A321 operations of July 2015 have been cut back this summer to one where its smaller Sukhoi Superjet 100 is now primarily utilised on the sector. Lufthansa has made the second largest capacity cull since last July, with a 15% annual reduction.

Although Aeroflot has trimmed its weekly seats, the route to Sheremetyevo has actually grown 10% year-on-year. Since last July, airBaltic has doubled its weekly frequency to the Russian capital from 12 to 24. Of the remaining top 12 routes, only two others have displayed weekly seat rises. Capacity to Kiev Boryspil has grown by 8%, however it is London Gatwick which has witnessed the most significant spike – up 22%. This is as a result of airBaltic adding two extra weekly rotations to its service, up from 10 times weekly to 12. 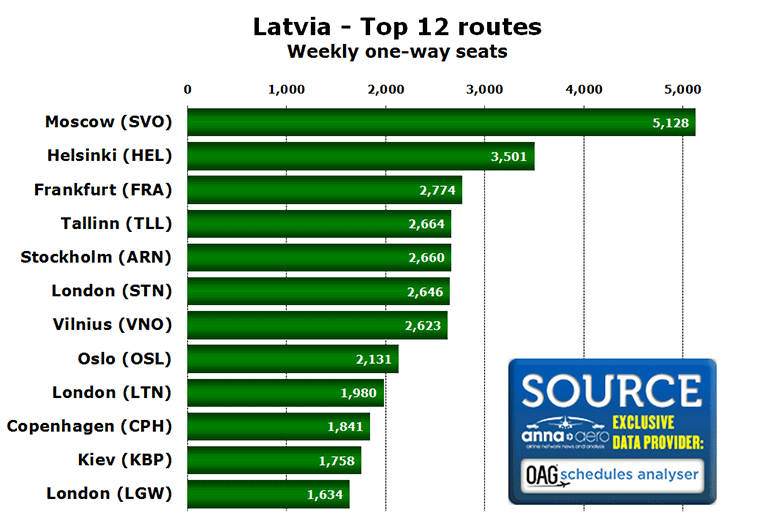 Capacity to the rest of the Baltic and Scandinavian region inside the top 12 routes seems to have been particularly hard hit since last July, with Helsinki (-10%), Tallinn (-30%), Stockholm Arlanda (-15%), Vilnius (-14%), Oslo Gardermoen (-17%) and Copenhagen (-20%) all down by double-digit amounts. In the last 12 months the airport has gained two new destinations – Berlin Schönefeld and Reykjavik/Keflavik – while it has lost 11 routes – to Weeze and Lübeck in Germany, Paris Beauvais in France, Stavanger and Alesund in Norway, Bucharest in Romania, Chisinau in Moldova, Gothenburg in Sweden, Aalborg in Denmark, and Pisa and Bari in Italy.

No new routes planned – yet!

Looking ahead to the remainder of S16, as well as W16/17 and S17 operational seasons, there are currently no new routes planned for Latvia, according to anna.aero’s New Route Database. However, as soon as this situation changes, we will bring you all the latest news from the Baltic sandwich filling nation. 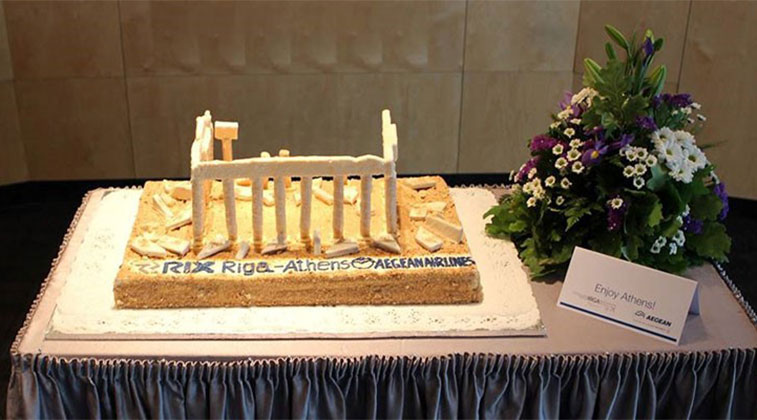 Riga Airport went for a cake depicting the Acropolis of Athens to celebrate Aegean Airlines’ new service from the Greek capital on 25 June. Monthly traffic growth at Latvia’s only airport has averaged 8.4% so far during 2016 (January to May).