Liverpool is easyJet’s second oldest base but only one new route added since 2013; 21 routes served this winter as flights up 10% 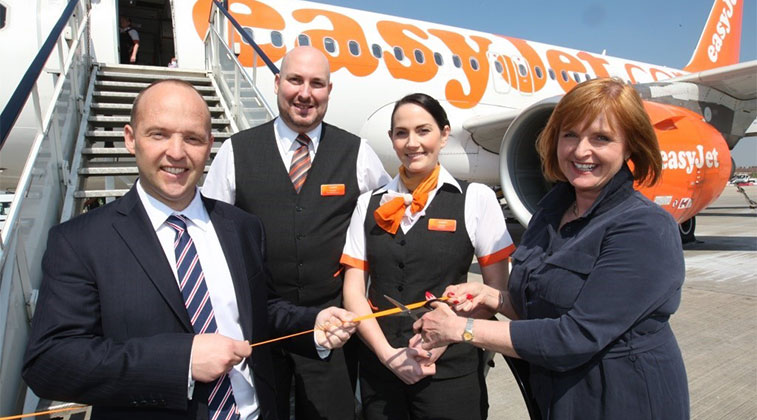 Since 2013 easyJet has launched just one new route from Liverpool, its second oldest base after London Luton. On 23 April 2015 the LCC began weekly flights to Zakinthos in Greece bringing to 27 the number of destinations served that summer. This fell to 26 in S16 with the closure of domestic services to Newquay.

Liverpool is famous for many things; The Beatles, its football club, its port and in aviation circles at least for being easyJet’s second ever base (and including a dead pop star, John Lennon, in its official title). After starting flights from London Luton in November 1995 it made Liverpool its second base in October 1997 with the introduction of flights to Amsterdam and Nice. A decade later easyJet was serving 17 destinations and operating over 200 weekly departures during the peak summer period, helping Liverpool to set a new passenger record as it handled 5.5 million passengers in 2007, a figure that has yet to be beaten.

Despite Ryanair also setting up a base at the airport in November 2004, easyJet remains the bigger of the two carriers in Liverpool at present. This summer, easyJet will be offering over 840,000 departing seats from Liverpool (spread across 26 destinations) while Ryanair will be offering just over 700,000 departing seats (spread across 29 destinations). Between them they account for 82% of all scheduled seat capacity at the airport this summer. For easyJet, Liverpool will be its 19th busiest airport with 172 weekly departures and its eighth busiest in the UK after London Gatwick (1,334 weekly departures), London Luton (440), Bristol (314), Belfast International (280), Edinburgh (251), Manchester (217) and London Stansted (206). 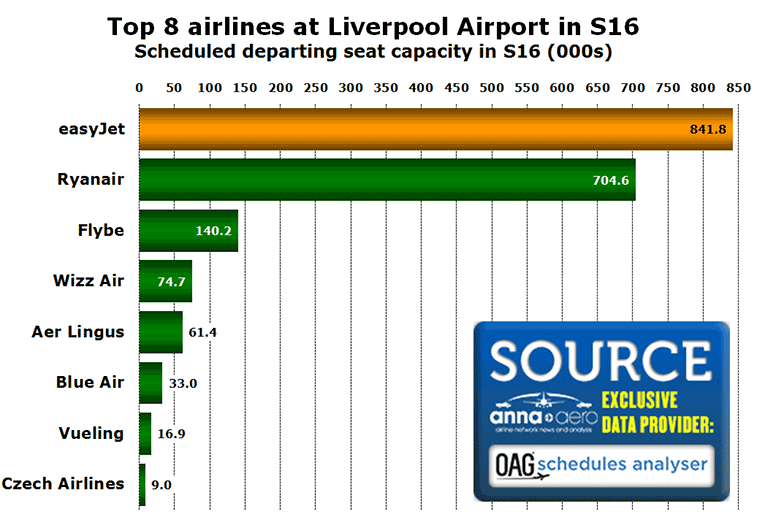 Over 40 destinations served since 1997

Since those first two routes in October 1997, easyJet has launched a further 39 routes from the airport including some seasonal operations. This includes summer seasonal destinations such as Menorca, Naples and Rhodes, as well as some winter seasonal routes to Grenoble, Innsbruck and Salzburg. 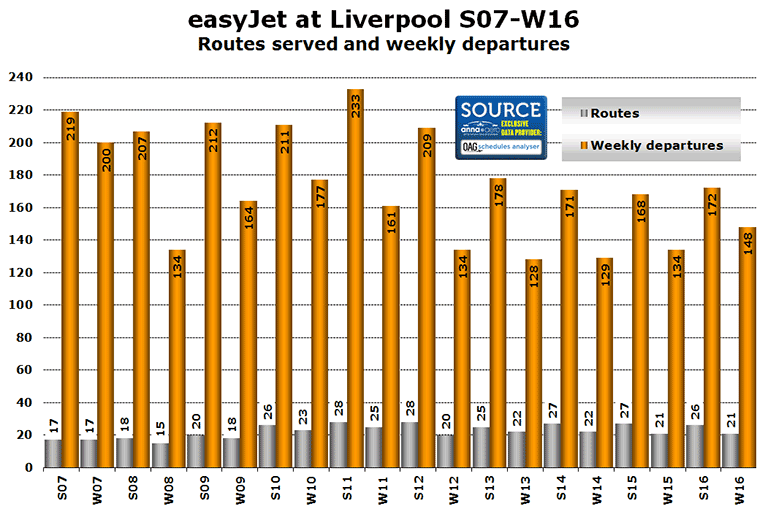 The widest-ranging flying programme was offered in S11 and S12 when easyJet served 28 destinations from Liverpool. The record for a winter season is 25 in W11. The last new destination to be added to the network at Liverpool was Zakinthos. Services to the Greek holiday destination began on 23 April 2015. The last new route before that was Larnaca which launched on 2 November 2013. Although this winter’s programme offers the same 21 destinations as last winter, the number of flights offered has been increased by 10%.

easyJet’s enthusiasm for Liverpool has waned somewhat since it made Manchester (located just 40 kilometres away) a base in March 2008. With a much larger catchment area and also ranked as the UK’s third busiest airport, easyJet this summer is operating almost 220 weekly departures from the airport across a network of 43 destinations.

Routes no longer served by easyJet from Liverpool include Basel, Brussels, Cologne Bonn, Dubrovnik, Gibraltar, Ibiza, Innsbruck, Lyon, Malta, Marseille, Newquay and Tallinn. Most of these operated for at least a couple of seasons before being dropped.

Of easyJet’s 26 destinations served this summer, 11 are served at least daily. Amsterdam and Palma de Mallorca are both served at least twice-daily while Belfast International gets up to 5 daily flights. 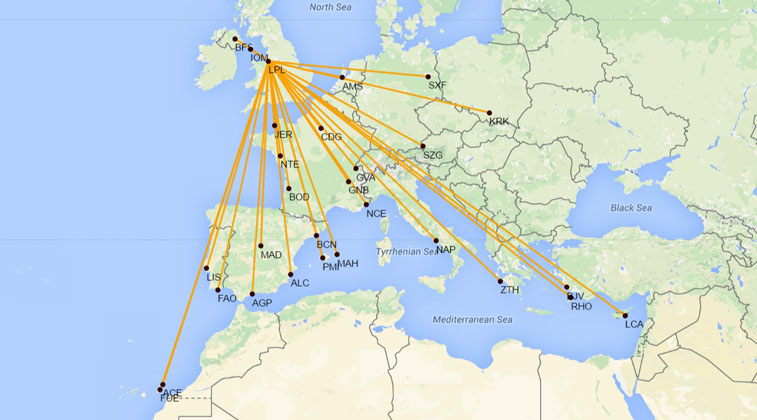 easyJet’s network at Liverpool is heavily orientated to destinations in and around the Mediterranean. The shortest sector is just 143 kilometres to the Isle Of Man, while the longest is 3,500 kilometres to Larnaca in Cyprus.