So far during 2016, anna.aero’s judges have received 229 FTWAs, with five being entered this week from three different continents: Asia (one), Europe (two) and North America (two). Last week this competition was won by Hangzhou, as it welcomed its first US service with United Airlines from San Francisco. This week the competition has also been won for a brand new service, however what makes this winning FTWA even more special is that it’s for a brand new airline as well, as Canada’s first ULCC, NewLeaf, finally took to the skies. Although this week’s winning entry is from North America, the continent is still vying to get a second arch into the top 10, with Denver being the only representative so far. However, we still have a busy W16/17 season approaching, which will give the continent plenty of attempts to finally clinch another top 10 spot. Keep Monitoring!! 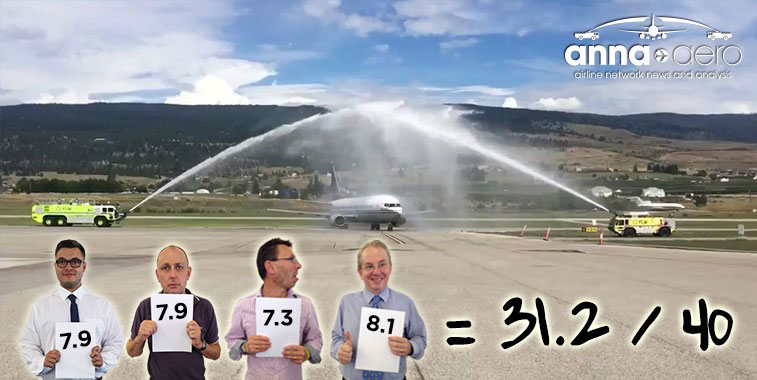 Judge’s Comments: Kelowna Airport has won this week’s Arch of Triumph by showcasing this nice and simple FTWA to welcome its latest airline and brand new carrier, NewLeaf. Even water pressure, nice symmetry and a stunning background have allowed this Canadian regional airport to claim top spot this week. Unfortunately it’s not enough to get into the top 10, but with a score of 31.2, it’s very respectable indeed. 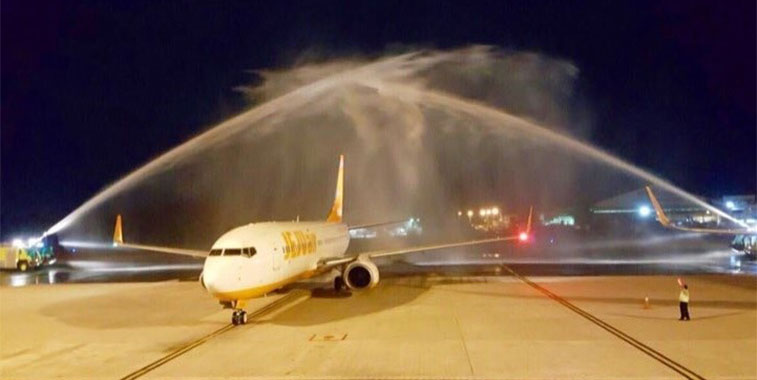 Only 0.4 in it… blame it on the photobombing aircraft to the right…

Judge’s Comments: Achieving an FTWA score of over 30 is indeed a tough challenge, especially when the world’s top four esteemed FTWA judges are analysing your efforts when scoring these works of art. Don’t forget of course the pressure of claiming that much desired Arch of Triump certificate for the fire station wall. Kota Kinabalu has put in a great effort for welcoming Jeju Air’s new service. However, it has just missed out on winning this week. If only the wing of the aircraft to the right was out of shot…then this could have been the winner. 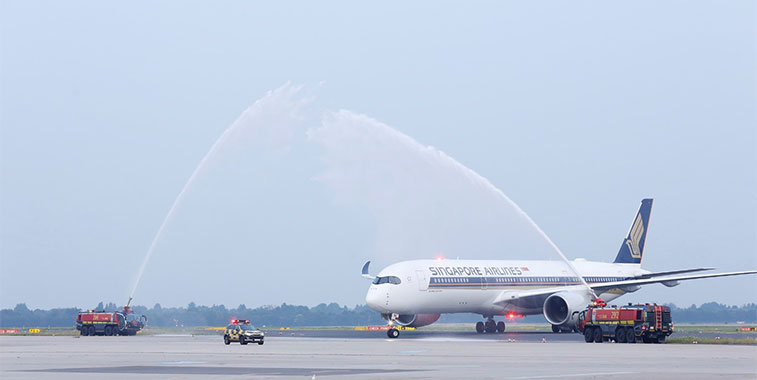 You could fit the Rheinturm in that gap…

Judge’s Comments: DUS ATC: “Guten Morgen Singapur 338, dagegen bitte die lücke zwischen bogen perfektion und realität..” What this roughly translates to is: ‘Please mind the gap between arch perfection and reality’. The pressure must have been on in Düsseldorf on the morning of Singapore Airlines’ arrival, as those tenders seem to have produced a half-hearted performance, evident by the gap in the middle. Maybe the pressure of performing for such a big occasion was too much this time…. 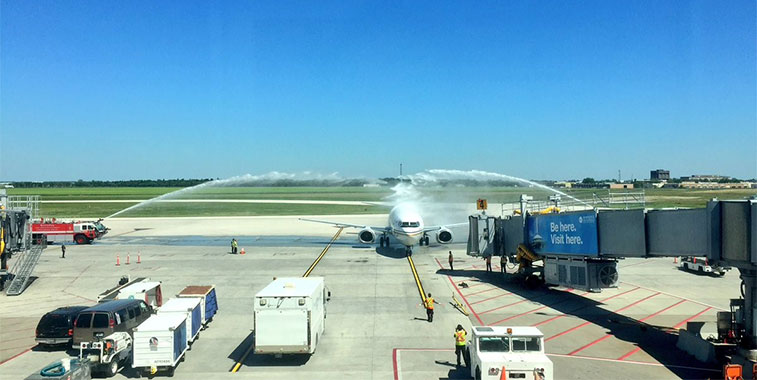 Judge’s Comments: It’s not exactly the most memorable of FTWAs, and we think this attempt from Winnipeg will most certainly be forgotten about this time next week. A brand new airline, on a brand new route, and this is the FTWA that is conjured up? The weather looks perfect for FTWAing…but it’s back to the drawing board to figure out how to perfect the next FTWA at Winnipeg. Points for the mid-FTWA advertising on the jet bridge though! 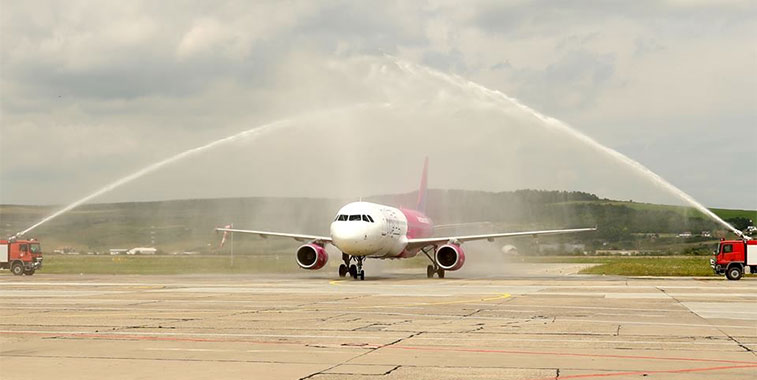 Judge’s Comments: With this being a new Romanian domestic link between the capital and Cluj-Napoca, it seems fitting that the latter has decided to welcome its new Bucharest service with an FTWA styled on that of the Arcul de Triumf, the triumphal arch located in the northern part of Bucharest, on the Kiseleff Road. Next time you’re there, stop by for a look…you will think you’re in Paris!