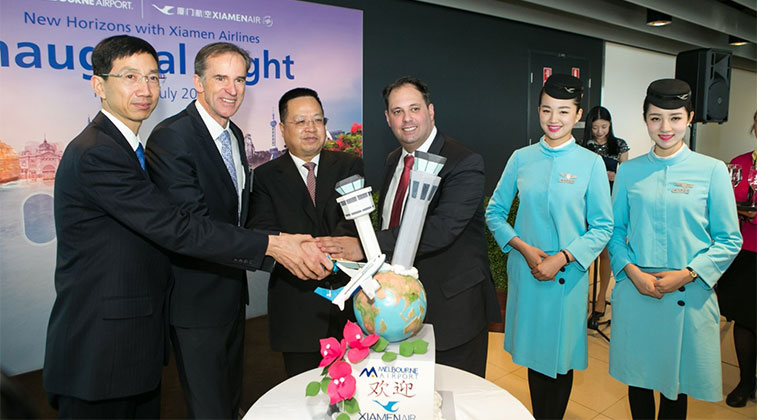 Xiamen Airlines is one of the newest airlines to serve Australia. The SkyTeam carrier began non-stop flights between Fuzhou and Sydney on 29 November 2015. This was followed on 5 December by flights between Xiamen and Sydney. On 30 June 2016 it launched a third Australian service linking its home base of Xiamen to Melbourne (pictured). All three routes are operated by the airline’s 787-8s.

Demand for domestic air travel in Australia has grown by 1.7% to 58.3 million passengers in the year ending May 2016, compared with the previous 12 month period ending in May 2015. The number of available seats rose just 1% when comparing the same two periods resulting in load factors improving 0.6 percentage points to 77.1%. Among the top 10 domestic city pairs government statistics show that eight reported growth with Melbourne to Gold Coast leading the way with a 7.2% increase in passenger numbers to 1.89 million. As a result the route jumped from ninth to seventh among the country’s busiest domestic routes. The Sydney to Melbourne trunk route remains almost twice as big as any other in Australia, flown by 8.77 million passengers in the last 12 months, an increase of 3.9% on the previous 12 month period.

The two top 10 routes which saw a decline in passenger numbers were Melbourne-Perth (down 0.8%) and Sydney-Perth (down 0.7%). Among the top 50 domestic routes those with the biggest percentage fall in demand were Perth-Port Hedland (down 19.9%), Brisbane-Gladstone (down 15.7%) and Perth-Karratha (down 14.9%). Perth, which was recently analysed in an anna.aero airport profile, has suffered from a downtown in the mining industry in Western Australia which plays a key part in the demand for air travel to and from the airport. Similarly, Gladstone’s primary industries are mining-related, impacting traffic from that airport to Brisbane. 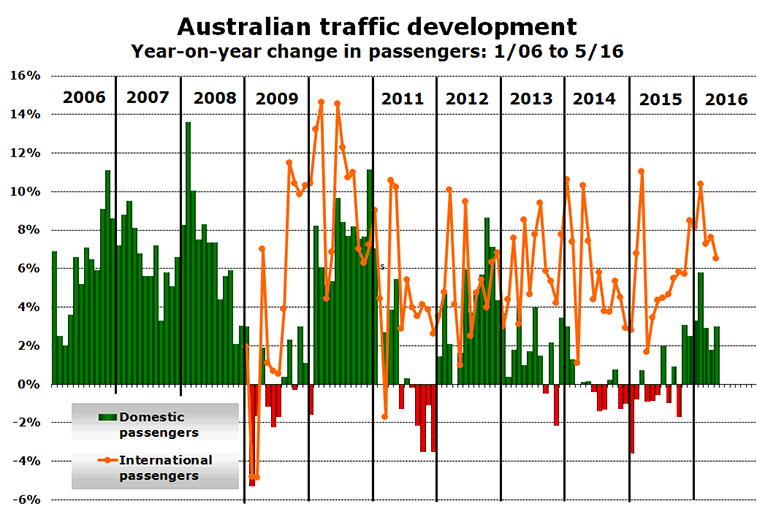 International traffic up 6.7% in last 12 months

The country’s international air travel sector showed faster growth, up 6.7% to 36.0 million in the same period. The extra day in February enabled that month to report double-digit growth in international passengers, only the fifth time since the beginning of 2012 that a single month has seen growth of over 10%.

For the year ended May 2016, Sydney leads the way with 14.5 million international passengers (up 7.3%), followed by Melbourne with 9.2 million (up 10.0%) and Brisbane with 5.3 million (up 3.6%). Perth reported 2% growth to almost 4.3 million, while Gold Coast reported 15% growth to just over one million passengers, helping it to overtake Adelaide for fifth place among Australian airports for international traffic. Cairns grew even faster, registering a 25% increase in international passengers to just over 600,000.

According to the latest BITRE figures for May 2016, Qantas has just 16.2% of the international market followed by Jetstar Airways (10.2%). During the last year, Jetstar has overtaken Emirates for second place as the UAE carrier’s share of Australian international traffic fell from 10.3% in May 2015 to 8.9% in May 2016. The next four biggest airlines (Singapore Airlines, Air New Zealand, Virgin Australia Airlines and Cathay Pacific Airways) have all seen their share of the market decrease slightly. Conversely, eighth ranked AirAsia X has increased its share from 2.7% to 3.5%, while China Southern Airlines and Etihad Airways also gained market share. 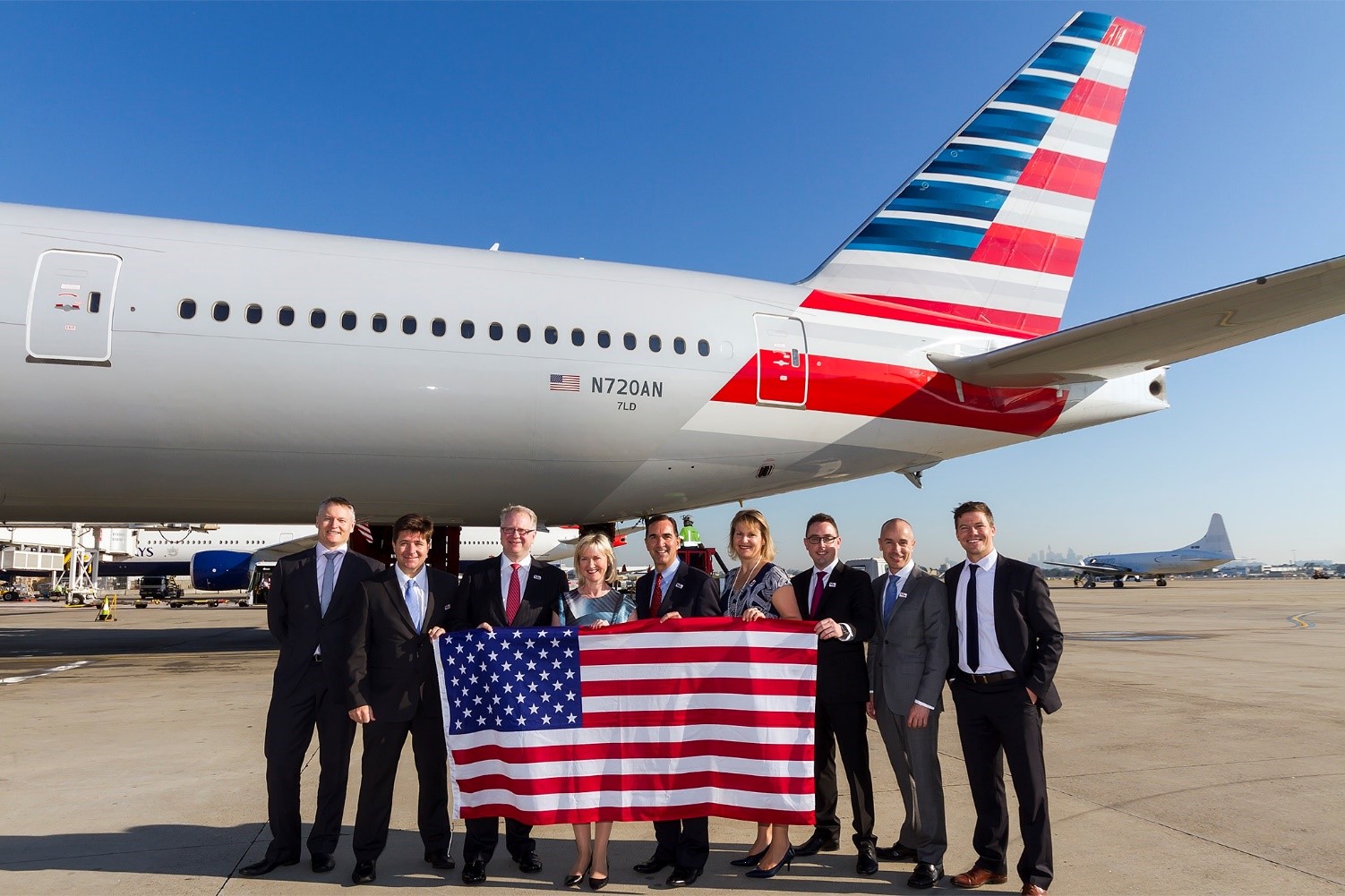 American Airlines resumed operations to Australia on 19 December 2015 after a 23-year hiatus. The oneworld carrier began a daily service from Los Angeles to Sydney using its 777-300ERs as part of a trans-Pacific joint venture with its oneworld partner Qantas.