Condor turns 60; growth in Spain, US and Canada offset by downturn in Egypt and Turkey; New Orleans and San Diego new for S17 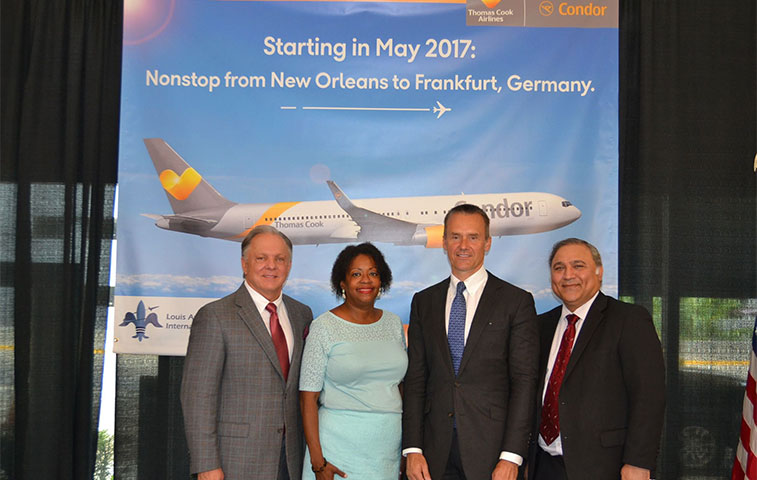 This summer Condor is operating flights from just nine German airports. In S15 it was 11, but the airline no longer operates flights from either Paderborn or Dresden. Frankfurt is by far the airline’s leading base accounting for 35% of the airline’s capacity, followed by Munich (14%) and Düsseldorf (13%). According to analysis of OAG schedule data total capacity this summer is down around 6%, primarily because of significant capacity reduction in the Turkish and Egyptian markets. Out of Condor’s nine German airports, S16 capacity is up at five of them (compared with S15) and down at four. Munich has seen the biggest growth (of almost 20%), while Berlin Schönefeld and Stuttgart have both seen cuts of around 25%. 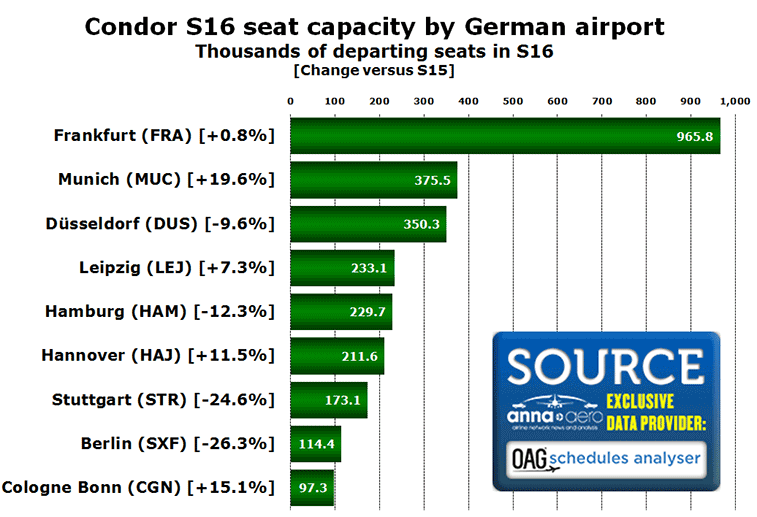 Spain, US and Canada growing

In S15 Turkey and Egypt were Condor’s second and fourth biggest country markets. Both have seen capacity cuts of around 40% this summer. While Turkey remains in second place (behind Spain, but only just ahead of Greece) Egypt has dropped to seventh. Growth has come from Spain (+13%), the US (+21%), Canada (+26%) and Cuba (+20%). Spain now represents almost 42% of capacity, with Turkey and Greece each representing a further 16%. As a result the top three country markets account for almost three-quarters of the airline’s seat capacity this summer. 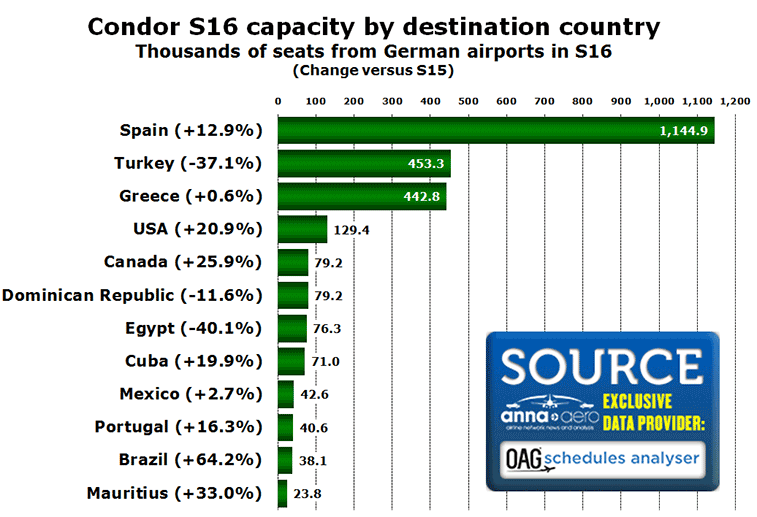 US growth has been helped by the launch this summer (27 June) of a new route between Frankfurt and Austin-Bergstrom in Texas. Meanwhile the Canadian market benefitted from a new link between Munich and Halifax in Nova Scotia which started on 3 June.

The decline in the Turkish market means that Antalya loses its place as Condor’s leading destination, which was the case in S15. That role is now filled by Palma de Mallorca as the 36% cut in Antalya capacity sees the Turkish beach destination drop to second place. There are six Spanish destinations (shown in bright green) in the top 10, along with two in Greece and one each in Egypt and Turkey. The top 15 destinations account for 75% of all seat capacity this summer. Apart from Antalya and Hurghada, other airports with year-on-year capacity cuts include Fuerteventura, Rhodes and Kos. 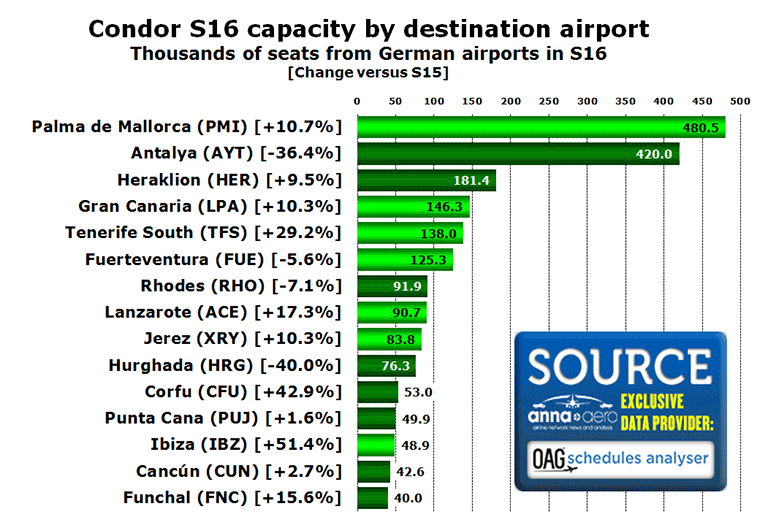 Condor added Austin-Bergstrom in Texas to its network on 27 June with direct flights from Frankfurt. This will be appreciated by staff working at the racing teams of Audi and Porsche who will be among those contesting the 6 Hours Of Circuit of the Americas taking place just outside Austin on 17 September this year.