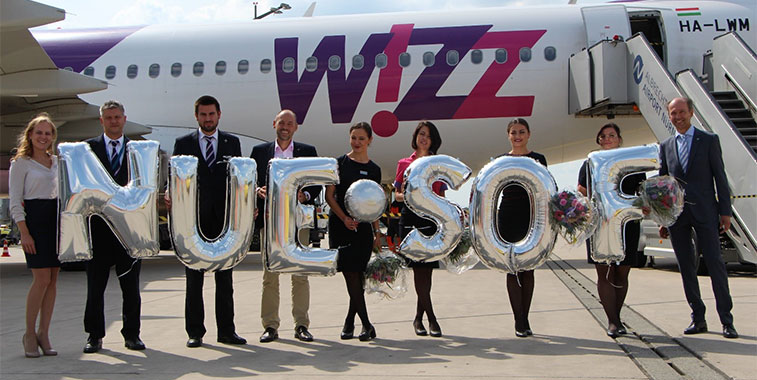 Memmingen Airport celebrated with a traditional heart-shaped Bavarian cookie the arrival of its latest Wizz Air route. Seen welcoming the inaugural flight from Nis in Memmingen with the crew, dressed in Lederhosen, are Marcel Schütz Head of Aviation at Memmingen Airport and his colleague Karin Ettmüller. Flights will operate twice-weekly (Mondays and Fridays) facing no direct competition. Nis becomes Wizz Air’s ninth destination from Memmingen. 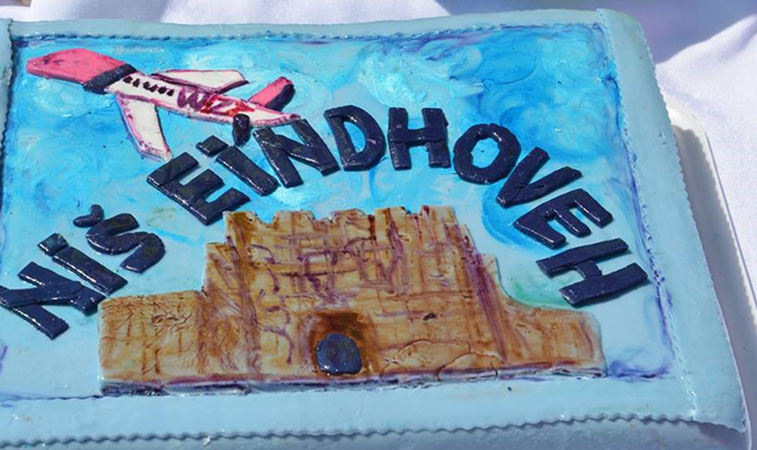 Nis Airport celebrated with this cake the start of Wizz Air flights to Eindhoven. The ULCC also linked the Serbian city to Memmingen this week. Both routes will operate twice-weekly and face no competition. Sofia celebrated the start of Wizz Air’s service to Nuremberg on 1 August. The airport had a display showcasing Albrecht Durer’s paintings and drawings in the departure lounge for passengers to view. The famous artist was born in Nuremberg in the 15th century.