Does Ernest know best? anna.aero finds out as Europe’s latest LCC takes off from Tirana to nine Italian destinations 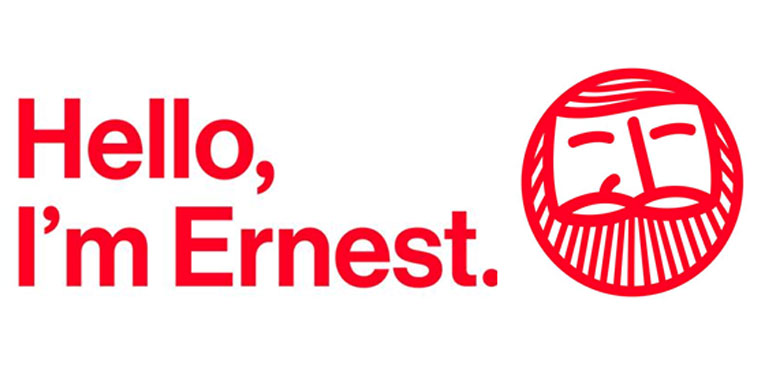 Say hello to Ernest, Europe’s latest LCC, offering flights from Tirana in Albania to nine destinations across Italy. Operating 35 weekly flights from its virtual base in Tirana, Ernest flights will be flown on Mistral Air 737-400s and ATR 72s.

Ernest is Europe’s latest LCC with a virtual base in Tirana, the capital of Albania. Looking at the carrier’s website, it is very vague with what its business aim is, with its about us page, otherwise known as the ‘Who’s Ernest’ page, being a personal letter from the man himself. It specifies how he’s listened to people and brought together some of his best travel companions, and put together a new solution – with this being the airline. What anna.aero can tell you is that the airline is focused on the country market between Albania and Italy, with ticket prices starting from as little as €40. Below is a breakdown of the carrier’s routes from Tirana and when they launched.

Looking at the airline’s schedule, it will operate a virtual base from Tirana, with Mistral Air 737-400s and ATR 72s being used to operate the new carrier’s flights. Another factor which makes Ernest even more virtual is that anna.aero is unable to find one single launch picture, making the data elves wonder if it actually exists in any form!

From Tirana the carrier flies to Ancona, Bari, Florence, Milan/Bergamo, Perugia, Pescara, Pisa, Rimini and Trieste. Altogether Ernest will have 35 weekly flights, with Ancona and Bari both seeing a daily service. Of those 35 flights, only seven are flown on 737-400s, with Milan/Bergamo- and Pisa-based 737-400s being used to operate flights to Tirana. Looking further into the carrier’s schedule, the ATR 72s used for Ernest flights are based in Ancona and Bari, with two being utilised each day. Flights depart daily from Ancona at 07:30 and from Bari at 08:00 for Tirana. After a day’s operation the aircraft then arrive back in the former at 16:00 and the latter 15:30, with only one w-pattern rotation taking place with each aircraft per day from the Albanian capital. This operational schedule helps to explain why Mondays, Wednesdays and Fridays only see four flights. Thursdays, Saturdays and Sundays each witness six flights for the carrier, as Pisa and Milan/Bergamo flights take place on those days. Milan/Bergamo also operates on a Tuesday, a sector which has four weekly flights. Both Pisa and Milan/Bergamo routes operate in the evening when the ATR 72s are not on the ground in Tirana. Below is a further breakdown of the two ATR 72s weekly schedules.

Why is this country market so important?

Although Italy and Albania are not neighbouring countries in a sense of land borders, they both share a maritime border at the mouth of the Adriatic Sea. According to the Migration Policy Institute (MPI), Italy was seen was as a symbol of freedom and the West when Albania was under its communist regime during the early 1990s. Italian radio and TV broadcasts were the most important way in which Albanians were exposed to the West. Italian is the most-used foreign language in Albania, and Italian arts and culture hold a clear attraction. According to latest estimates, around 800,000 Albanians reside in Italy. What this shows is that Ernest is targeting the strong VFR market between the two nations.

Ernest jumps straight into third in the Albania – Italy market

Ernest has jumped straight into third place with its new operation between Tirana and nine Italian airports. The carrier sits behind Blue Panorama Airlines (52% of weekly seats in the market) and Alitalia (29%). With nearly 18% of weekly seats between the two nations, Ernest sits above Volotea (1.4%) which offers a twice-weekly service between Verona and Tirana. In total 15 Italian cities are connected to Tirana via the four carriers.

In September, just two months after its first flight, Ernest will have already hit double-digit routes. According to the airline’s booking engine, on 4 September (here’s hoping for its first route launch picture) the carrier will add Milan Malpensa to its list of destinations. Looking at the current timetable, the aircraft that will operate this route will fly on a w-pattern into Malpensa, with flights arriving into Milan’s second city at 17:20, then departing back to Tirana at 18:15. The online booking engine is currently showing that this route will operate weekly (Sundays). Looking at OAG schedules for the week of its inauguration, the 1,001-kilometre route will face direct competition from Blue Panorama Airlines’ daily service.

So it has been established that the main focus of Ernest’s operation is between Albania and Italy, with low to high frequency routes focused on VFR traffic between the two nations. So has Ernest got it right? Well it is targeting a strong ethnic market and is operating on some unserved routes. It is creating markets like this on a reasonable weekly frequency, utilising regional aircraft that are not too expensive to operate, allowing for these markets to develop. With this network strategy, on top of affordable tickets, with larger populated cities seeing bigger aircraft which should also produce higher yields, it does make the birth of Ernest promising. So you could say that the business set-up is right, but only time will tell to see if Ernest does know best. 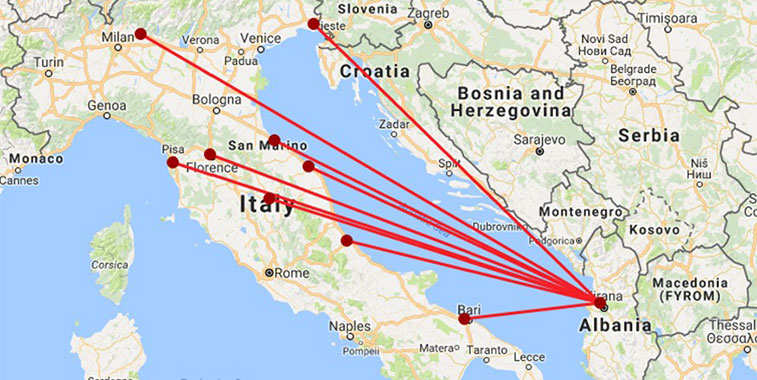 Ernest’s route map August 2016. The carrier is currently operating services from Tirana to nine destinations in Italy, with it using Mistral Air 737-400 and ATR 72s to operate services from its virtual base in the Albanian capital. Five of these routes are already flown by another carrier, with Ernest occupying 18% of weekly seats in this country market. From 4 September the carrier will link a tenth airport to Tirana, with a weekly (Sundays) flight to Milan Malpensa planned to commence on this day.