Southwest Airlines added its second route to Nassau in the Bahamas on 7 August, a daily 293-kilometre sector from Fort Lauderdale. Taking part in the gift exchange in Nassau are Steve Goldberg, VP Ground Operations for Southwest Airlines, and Obediah Wilchombe, Bahamas’ Minister of Tourism. The first flight to Nassau from Fort Lauderdale was flown by Bahamian-born Sean Smith. “It gave me goosebumps to fly the inaugural to my home,” said Smith. Nassau is already connected by the airline to Baltimore/Washington with weekly (Saturdays) flights. 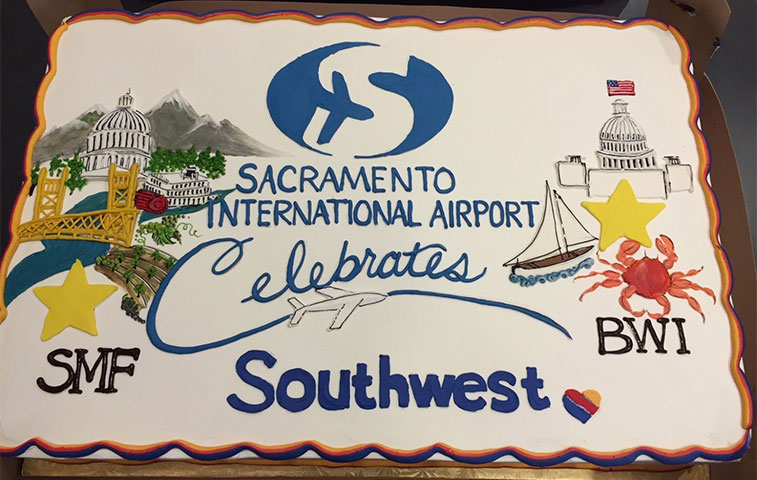 Sacramento Airport celebrated with this cake the start of Southwest Airlines’ daily service from Baltimore/Washington on 7 August. The 3,843-kilometre sector will be flown by the LCC’s 737-700s facing no direct competition.