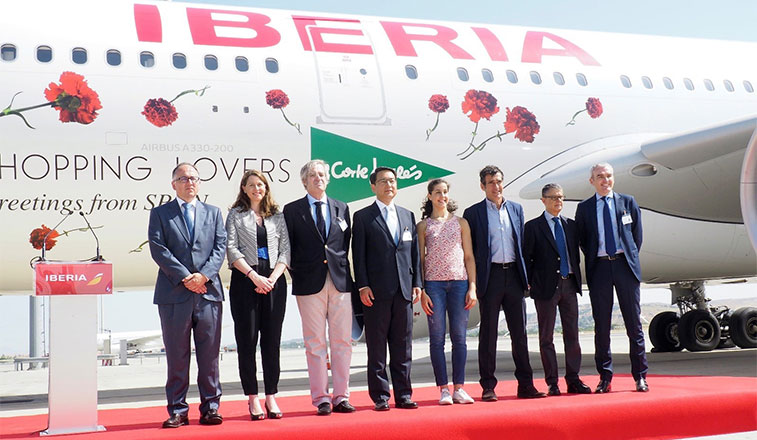 Spain’s airports have registered double-digit growth in six of the first seven months of 2016. The country’s top 16 airports have all reported year-to-date growth of at least 8%. This includes Madrid (+8.3%) which celebrated the launch of Iberia’s non-stop service to Beijing on 28 June.

With most of Europe’s airports having now revealed their traffic statistics for the first half of 2016, anna.aero is this week looking to see which countries have had a good start to the year and which have been struggling for a variety of reasons. Our analysis shows the monthly change in passenger numbers going back to the beginning of 2013 for our first basket of 10 countries. This includes the EU’s five biggest aviation markets (France, Germany, Italy, Spain and the UK), the four Nordic countries and Ireland. 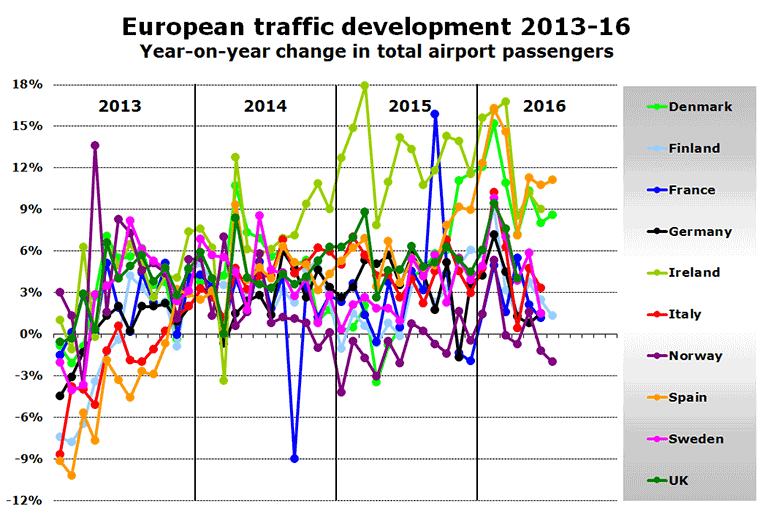 Only one of these 10 countries, Norway, has not reported year-on-year growth in every month so far this year. Norway’s traffic was also down last year. The country’s economy is heavily dependent on the oil and gas industries and these are currently going through a difficult time. As a result demand for air travel has pretty much stagnated with passenger numbers across the country’s airports actually down in four of the first seven months of 2016.

In contrast 2016 is proving to be a good year for airports in Denmark, Ireland and Spain. Traffic growth in Denmark and Ireland is being driven by the success of the country’s biggest airports; Copenhagen and Dublin. Spain appears to be benefiting from a boom in tourism as a result of uncertainty and concerns in other key leisure destinations in and around the Mediterranean.

Our other basket of 10 countries includes a mix of large (Russia and Turkey) and small (Croatia) country markets. Here, year-on-year monthly traffic data goes back to the beginning of 2014. Note here that whereas the axis on the first graph went from minus 12% to plus 18%, on this graph the range is much wider, from minus 30% to plus 35%.

Greece led the way with the highest growth in February and March, though these are big off-peak months for the country. In January the highest growth was in Poland, in April it was the Netherlands, in May it was Portugal and in June Croatia reported the biggest surge in demand of almost 15%. 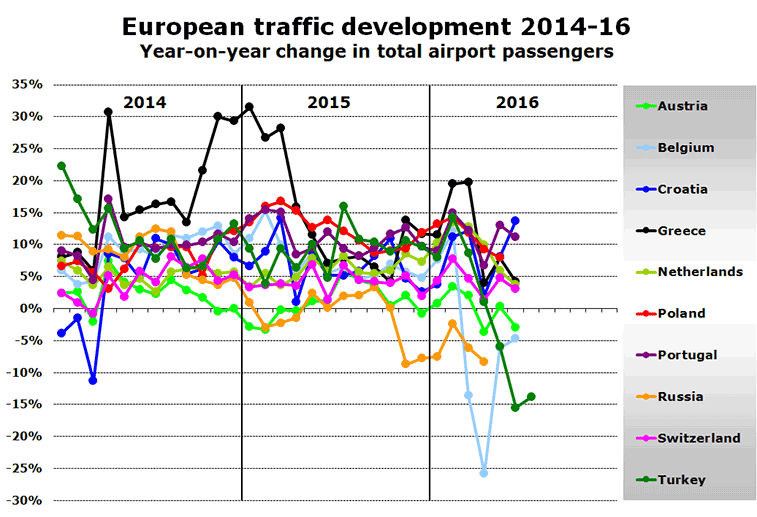 At the other end of the scale, Russian airports have seen a drop-off in traffic since last November, following the closure at the end of October of one of the country’s biggest carriers, Transaero Airlines. Belgian traffic growth has, not surprisingly, been compromised by the terrorist attack at Brussels Airport on 22 March. This severely impacted the airport’s ability to operate at maximum capacity for several weeks. The most recent figures for the airport show that passenger numbers in June were still down 6.6% compared with the same month last year.

Similarly Turkey is having a challenging year after a number of terrorist attacks in Istanbul, including one at the country’s busiest airport on 28 June. Year-on-year passenger numbers were down in May 2016 for the first time in many years. In June and July Turkey’s airports experienced a drop in traffic of 15.5% and 13.8% respectively.

Another country performing fairly poorly is Austria. In 2015 passenger growth was a very modest 1.3% while so far in 2016 total traffic across the country’s six main airports (Graz, Innsbruck, Klagenfurt, Linz, Salzburg, and Vienna) has fallen by 0.2% to just under 12.9 million. The fact that none of the country’s airports are in The Route Shop may, or may not, be a coincidence. 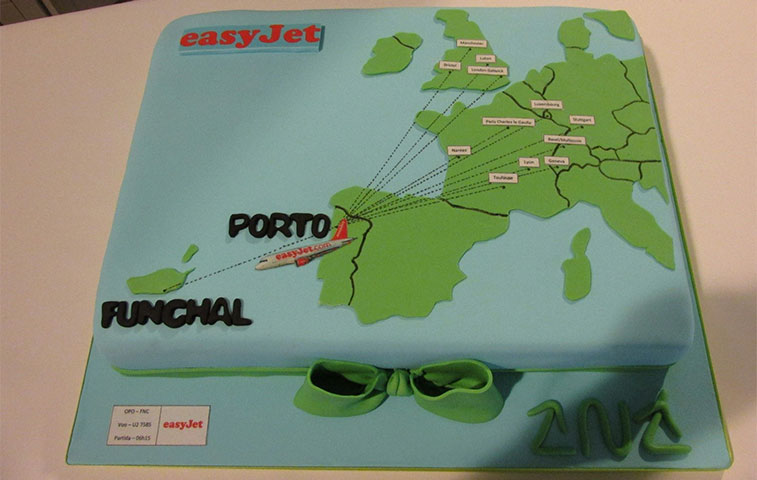 Portugal’s airports are having a good 2016 with both Porto and Funchal reporting double-digit growth across the first half of 2016. On 20 May easyJet began connecting the two airports with four times weekly flights, competing directly with Transavia and TAP Portugal.