On 4 August 2016 IndiGo celebrated its 10th anniversary. It became India’s biggest domestic airline in 2012 and now has more than 35% of the market. The LCC currently operates a fleet of 111 Airbus aircraft, including six A320neos, for which it was the launch customer in Asia.

India’s air travel market continues to see impressive growth in 2016. According to government statistics domestic traffic has been growing at around 20% since the beginning of 2015. For every month since November 2015 the year-on-year increase in passenger numbers has been greater than 20%. However, in recent weeks some of the nation’s smaller airlines have encountered difficulties. Air Pegasus, which had a fleet of three ATR 72-500s, suspended operations on 27 July. Another regional carrier, Air Costa, which operates three E190s, briefly suspended flights at the beginning of August, but is now flying again. Another relative newcomer, AirAsia India, has failed to add any aircraft to its fleet in 2016. 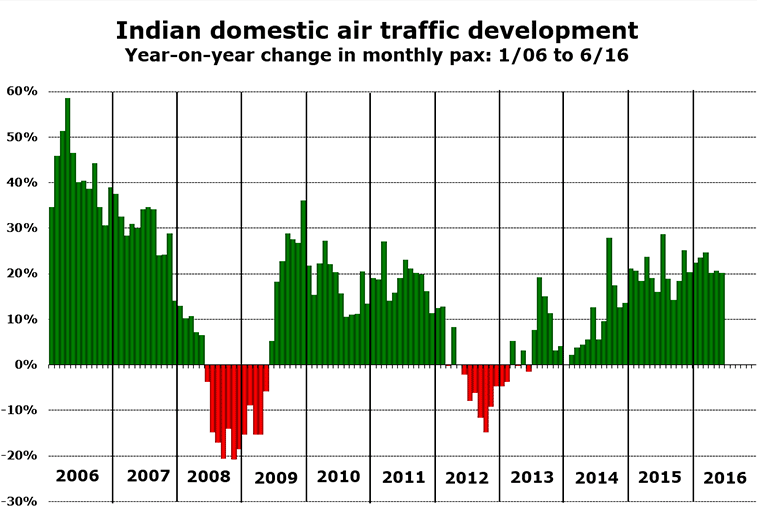 IndiGo, which celebrated its 10–year anniversary of operations on 4 August 2016, has seen its share of the domestic market fluctuate at between 36% and 39% since the beginning of 2015. It took delivery of its 100th A320 at the end of 2015 and now operates 105 A320ceos as well as six A320neos. While the airline’s 111 aircraft make it the leading domestic airline, Vistara’s fleet has now grown to 11 aircraft. Its market share has now grown to almost 3%. In May of this year the carrier finally broke through the 80% load factor mark for the first time. Among India’s airlines the one that consistently reports the highest load factors is SpiceJet, which has achieved load factors of between 91% and 94% in each of the first six months of 2016. 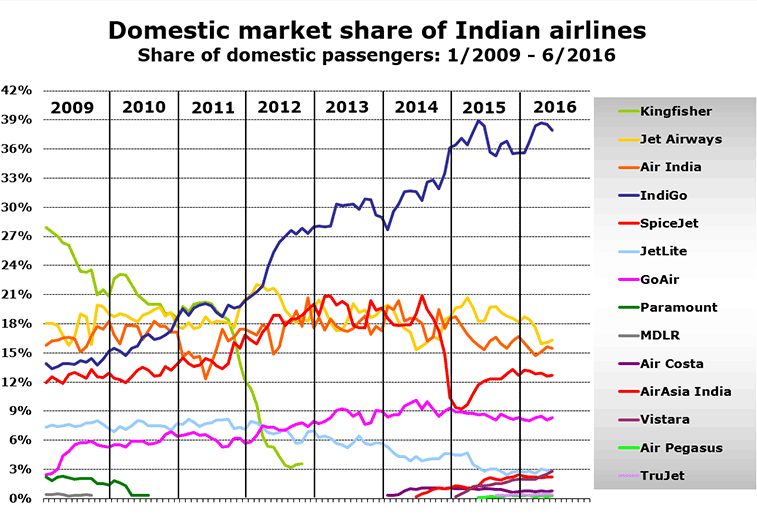 International traffic still growing at between 5% and 10%

The most recent traffic data for international services from Indian airports shows growth continuing in the band of between 5% and 10%. In the second quarter of this year (April to June) international traffic at India’s airports has grown by 7.7% from 13.3 million to 14.3 million passengers. Almost half of this traffic (6.6 million) is handled at Delhi (3.6 million) and Mumbai (3.0 million). While Mumbai’s growth has been a below average 3.7%, Delhi’s international traffic growth has been a more impressive 8.4%. Among Indian airports handling at least 500,000 international passengers during the second quarter of 2016 the fastest-growing are; Bengaluru (+12.7%), Kochi (+11.9%), Delhi (+8.7%) and Hyderabad (8.4%). 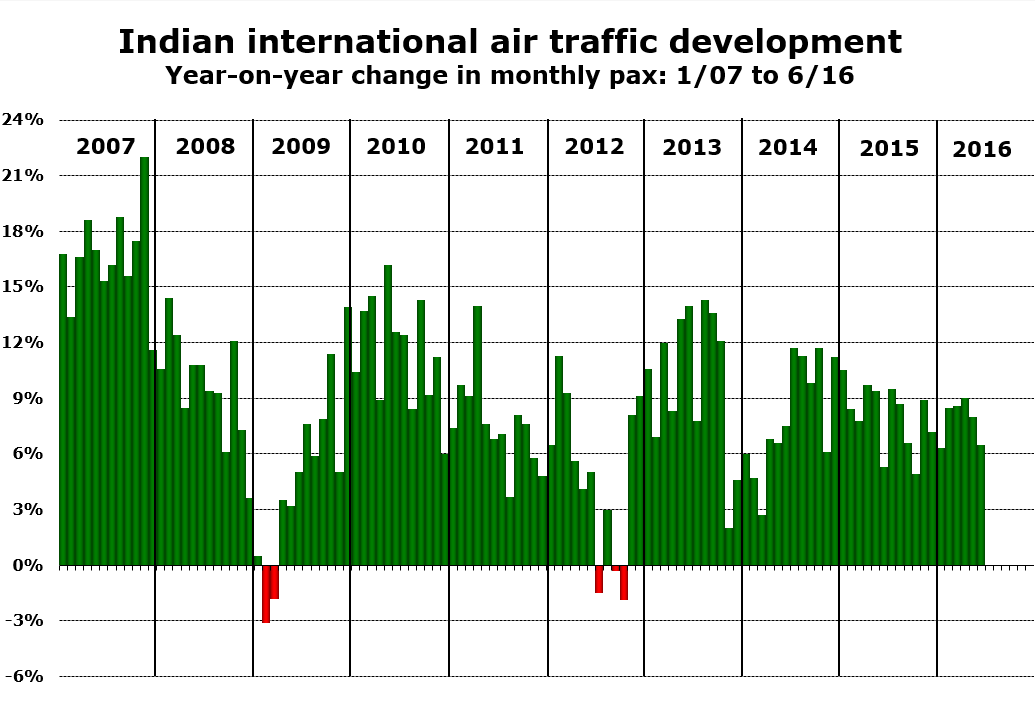 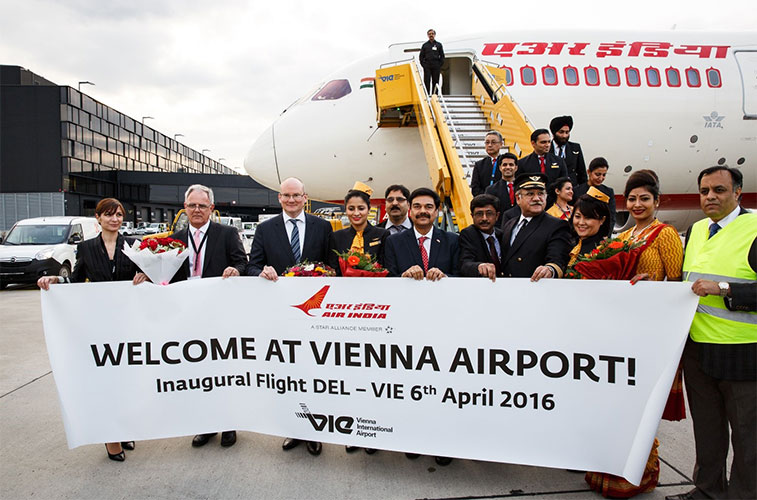