Pegasus Airlines enters 10 runners as the battle for “Fastest Airline in the World” in the Budapest Airport-anna.aero Runway Run hots up 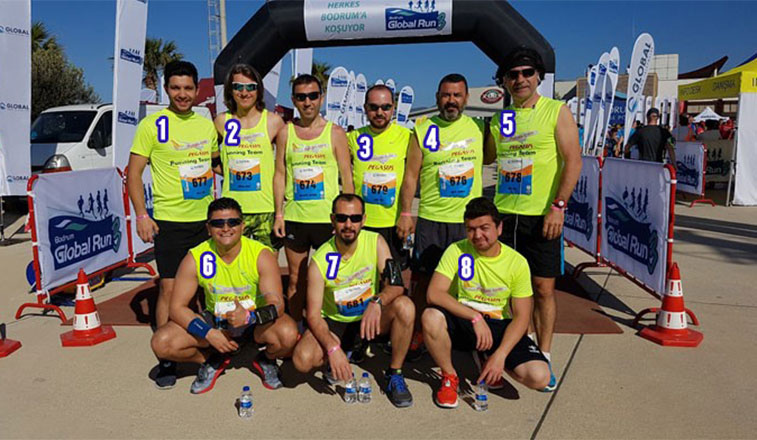 The pride of Pegasus. The first-time entrants from the fast-growing Turkish airline are looking to make a lasting impression at the Budapest Airport-anna.aero Runway Run, sponsored by Airbus and Qatar Airways. Taking their places at the starting line on 3 September are: 1) Halil Kara, Technical Engineer; 2) Seyran Gunes, Team Leader IT; 3) Davut Turk, Sales – Support Service; 4) Habip Carman, Sales – In-flght; 5) Suat Avci, Captain; 6) Osman Tumer Yalcin, Cabin Crew; 7) Demirhan Demiris, Documentation; 8) and Gokhan Duzel, Sales – In-flight. The other members of the Pegasus Running Team not in this picture, but who will be in Budapest are Yusef Celil Konak, Performance & CIT and Rusen Guven, Management – Security. Registration must close in two days!!

Turkey’s fast-growing Pegasus Airlines could be revelling in the glory of becoming the ‘Fastest Airline in the World’ at this year’s Budapest Airport-anna.aero Runway Run following its confirmed entry of 10 runners this week. Hoping to emulate the mythical winged horse and soar over teams from the likes of Aer Lingus (2014 Champions), SWISS (2015 Champions) and Emirates (which entered a 31-strong team last week), the Turks will be galloping down the Hungarian gateway’s runway like fine thoroughbreds. Team Captain Seyran Gunes, who is normally buried behind six computer screens in the carrier’s IT department has confirmed that all 10 runners will be doing the ‘Big One’ – the 10km run or four lengths of Runway 13R-31L. 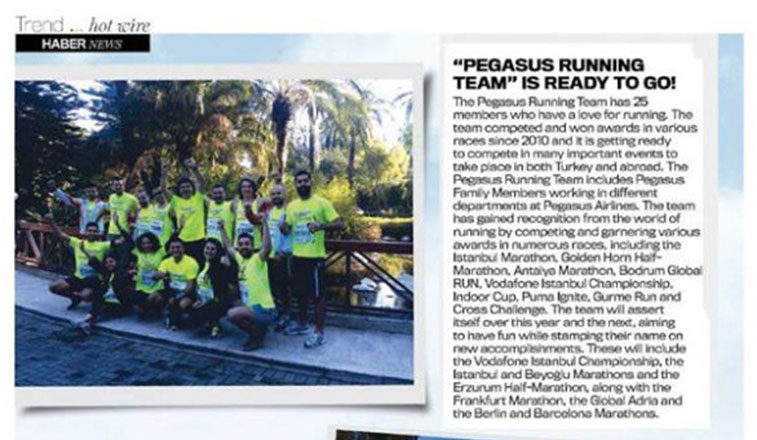 Fame and Facebook. The Pegasus Airlines Running Team has been attracting headlines since its inception in 2010, and it is looking to create a few more in Budapest. They even have their own Facebook page – https://www.facebook.com/groups/pegasusrt/

All Budapest Airport-anna.aero Runway Run entry fees – just €50 – are entirely donated to international child cancer causes and a Hungarian charity assisting the inclusiveness of handicapped people in sports. Besides 10 air transport industry trophies every finisher receives “The Bron’s Medal” named for Brontë “Bron” Hogan, the anna.aero publisher’s 12-year-old daughter, who passed away in 2011 after a five-year battle with leukaemia.

As most airlines and airports already have major charity commitments, there’s no need for participants to raise big cash sponsorship targets – competitors just have to pay an entrance fee, only €50 per runner, with 100% of this sum donated to the benefiting charities.