Our man in Canada. anna.aero’s Chief Analyst Ralph Anker has been on two route launches to Canada this year, both of which took place in May. Icelandair started flights to Montreal (from Reykjavik/Keflavik) while WestJet began service to St. John’s from London Gatwick. Along the way he visited Deer Lake Airport and (a fairly quiet – and snowy!) Gander Airport, both in Newfoundland.

Canada’s major airports are having another solid if unspectacular year. Last year passenger numbers at the country’s main airports grew by an estimated 4.1%. So far, based on data for the first five months of 2016, demand across 10 of the country’s top 11 airports (we don’t have figures for Toronto City Airport) is up 4.8%. However, among these airports there has been a considerable range of performance. While Vancouver in February reported the highest monthly growth (+10.9%) of any major Canadian airport for any month in the last four years (helped admittedly by February having an extra day this year), Edmonton reported the biggest percentage drop in passenger numbers (-9.7% in April) of any major airport in the last four years. Calgary, Ottawa and Winnipeg have also seen a year-on-year drop in passenger numbers in at least one month of 2016. 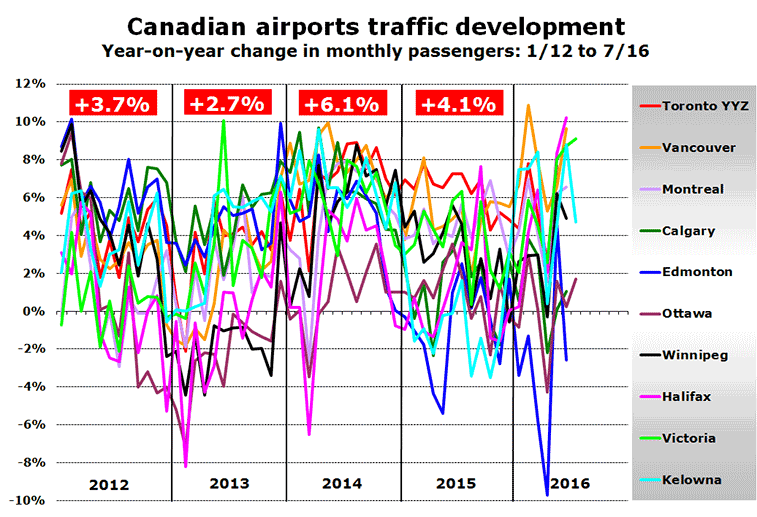 Domestic traffic up at all the biggest Canadian airports

The eight busiest Canadian airports all break down their traffic figures into domestic, transborder (US) and international (non-US). A graph of 2016 ‘growth’ for each airport by geographic region reveals that domestic traffic was up at all eight airports, with four airports reporting growth of more than 5%, with Halifax leading the way with +8.0%. In the transborder market just three of the eight airports reported growth; Toronto Pearson (+5.2%), Montreal (+4.3%) and Vancouver (+3.8%). Edmonton’s US traffic is down almost 24% in the first half of 2016. 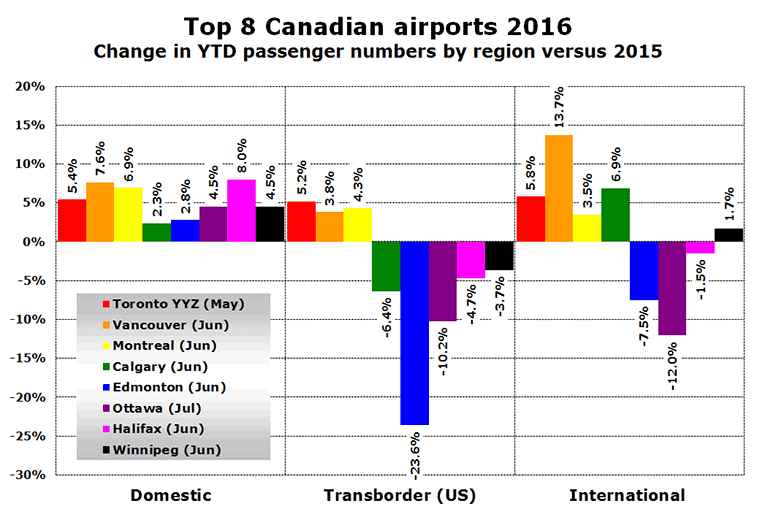 NewLeaf new in the domestic market

After a bit of a delay Canada welcomed a new domestic airline on 25 July with the launch of NewLeaf. The self-styled ULCC is operating 13 routes across 11 airports mostly with just twice-weekly flights. This summer also saw the launch of WestJet’s wide-body operations from London Gatwick to several Canadian destinations, while Air Canada Rouge continues to grow its transatlantic network. 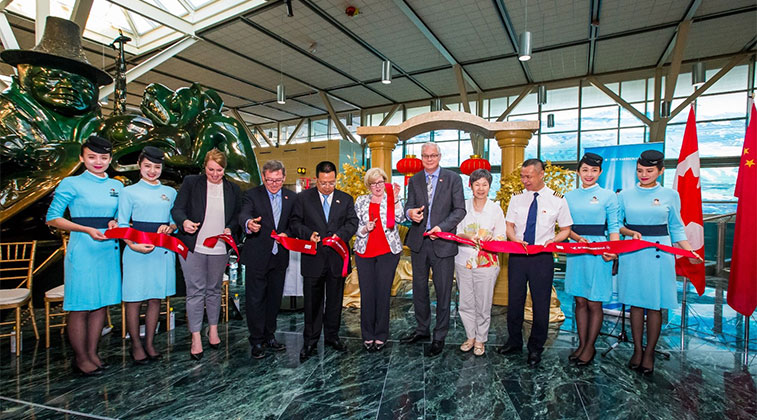 The most recent long-haul service to be launched from a Canadian airport is Xiamen Airlines’ thrice-weekly service from Xiamen to Vancouver. The SkyTeam carrier becomes the fifth Chinese airline to serve the Canadian gateway.