On 19 August Wizz Air opened its latest base at Sibiu Airport, its seventh Romanian base and its 24th base in total. The ULCC will base one A320 at the airport and has opened routes to Madrid, Memmingen, Milan/Bergamo and Nuremberg, with the four new sectors joining existing services to London Luton and Dortmund. 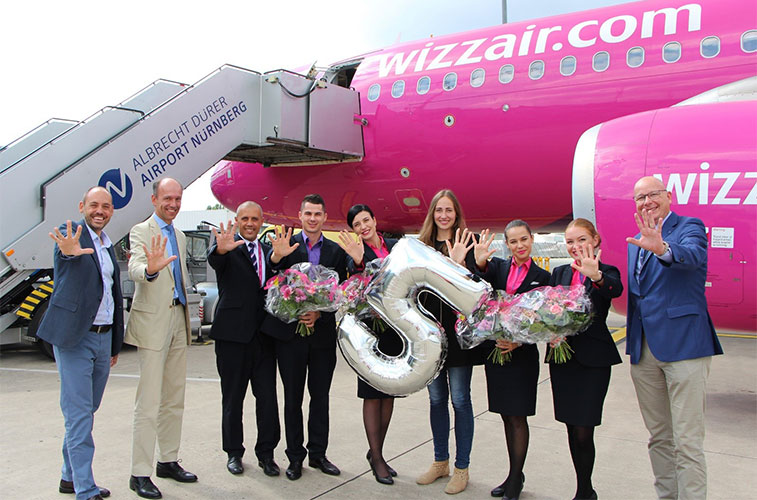 Nis Airport celebrated with cake the start of Wizz Air’s new thrice-weekly (Tuesdays, Thursdays and Saturdays) service from Dortmund with cake on 20 August. The 1,400-kilometre sector faces no direct competition. 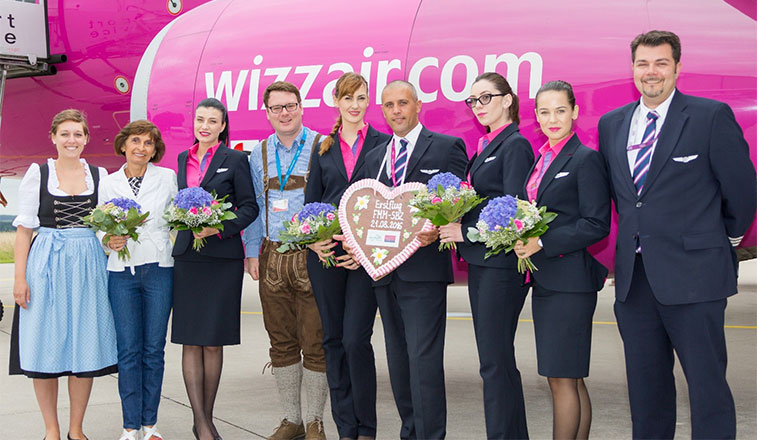 It was a double celebration in Memmingen this week as Wizz Air launched flights to two destinations, Podgorica and Sibiu. Both sectors, which started on 21 August, will be flown twice-weekly (Thursdays and Sundays) facing no direct competition. Seen celebrating in Memmingen, along with the crew, the inaugural flight to Sibiu are: Alica Ulrich, Aviation Marketing & Sales Manager, Memmingen Airport; Carmen Nicul, International Relations Manager of the City of Sibiu; and Marcel Schütz, Head of Aviation, Memmingen Airport.