Prague is proud to display its first Arch of Triumph certificate 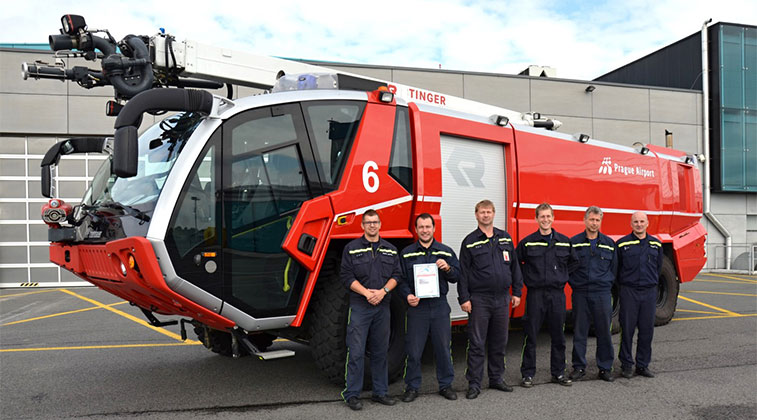 Last week Sichuan Airlines started the third new Chinese route (from Chengdu) in 12 months to Prague. The Czech Republic capital city airport quite rightly celebrated the latest new route instalment in this bumper year with an FTWA to be proud of. Standing in front of this impressive piece of Rosenbauer kit are some of the Prague Airport Fire Brigade.

With another one horse race this week, as there is a dearth of new routes in the middle of August, let’s take a look at the Arch of Triumph 2016 stats. Europe has now racked up 17 of the 31 winners so far (55%) and has provided 53% of all entries (131), giving the region a win/entry ratio of 0.13. The regions with the best scores in this ratio are Australasia (0.29) with four wins from 14 entries, and the Middle East (also 0.29) with two wins from seven entries. The part of the world which has fared worst on this metric so far in 2016 is North America, with a ratio of just 0.04 or two wins from 51 submissions. The average winning score so far this year has been 33.3, so this week’s Serbian winner, which scored 29.5, is a little off the pace, hence its position of joint 25th on the overall leader board. Keep Monitoring!! 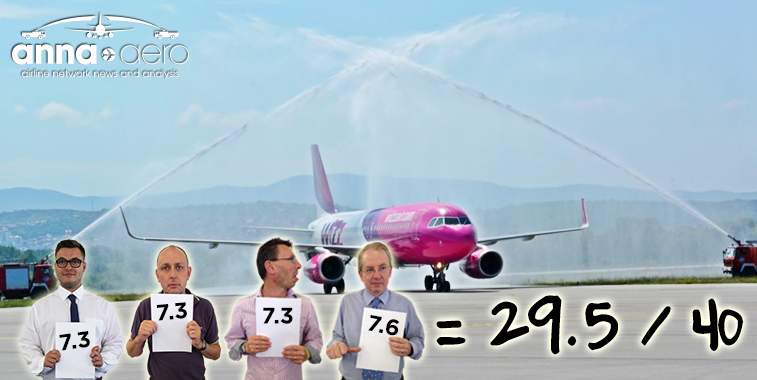 Judge’s Comments: In terms of famous residents of the Serbian town on Nis, none can surely compare to Constantine the Great, the first Christian Emperor and the founder of Constantinople (now Istanbul of course). He was so famous (perhaps infamous – he was quite a controversial figure) that he just had to give his name to a city… but this accolade has perhaps been surpassed, as he has a type of FTWA named after him now…