Qatar Airways and Emirates leave Etihad Airways behind in network growth race; US, Australia and UK are biggest country markets by ASKs 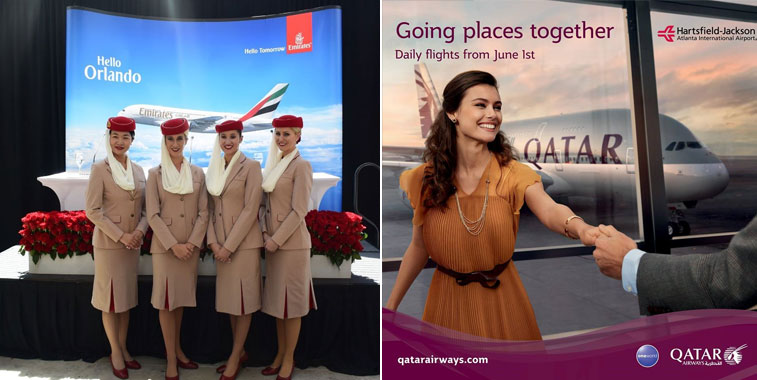 Coming to America. In the last 12 months two further US airports have been added to the networks of the Middle East Big 3 (MEB3) carriers. On 1 September 2015 Emirates began serving Orlando in Florida, while on 1 June 2016 Qatar Airways started serving the world’s busiest airport in Atlanta. Between them the MEB3 carriers now serve 13 airports in the US.

During the last 12 months Emirates, Etihad Airways and Qatar Airways (the Middle East Big 3 or MEB3 carriers) have continued to grow their networks, though some rather more rapidly than others. Comparing schedule data for early August 2016 with the same period in 2015 reveals the following key statistics:

The following table summarises the new destinations served non-stop by the MEB3 carriers during the last 12 months that are still being served. In some cases it is a matter of resuming services to destinations previously served (such as Baghdad and Erbil) while some routes have been upgraded from a one-stop to a non-stop service, such as Emirates’ service to Auckland.

Italy and the US both welcomed a MEB3 carrier for the first time at two airports; Bologna and Pisa in Italy and Atlanta and Orlando in the US. Apart from these new non-stop services, Emirates also began serving Zhengzhou (via Yinchuan), Clark (via Cebu) and Hanoi (via Yangon). Qatar Airways also started one-stop service to Durban (via Johannesburg) and Marrakech (via Casablanca). However, one route that was heavily advertised last year, Emirates’ planned long-haul service to Panama City, failed to launch. 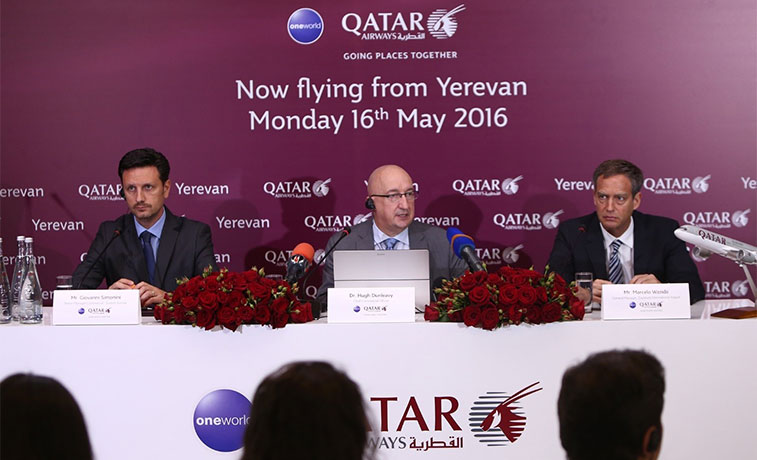 A few months after Etihad Airways withdrew its service to Yerevan in Armenia, Qatar Airways stepped in with its own service. The oneworld carrier began its operation on the Yerevan-Doha route on Monday 16 May operating four times weekly with A320s.

US, Australia and UK are biggest MEB3 markets by ASKs 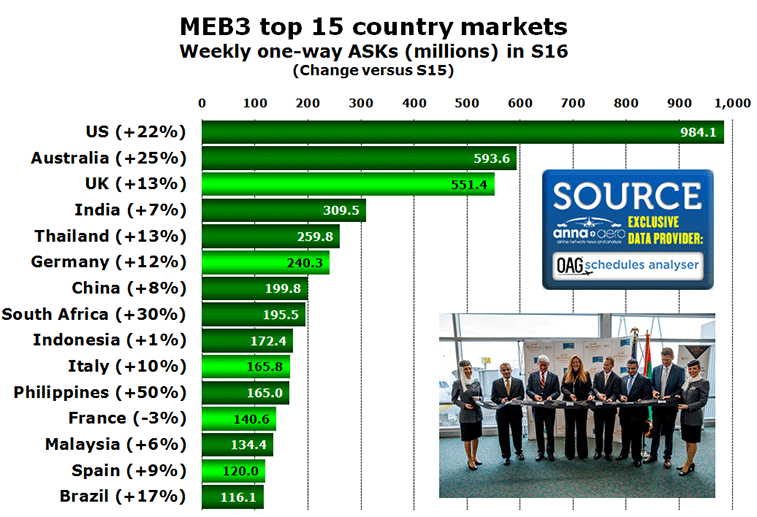 Since last August the number of country markets served non-stop by MEB3 carriers has risen from 81 to 83, with the addition of Mozambique (Maputo) and New Zealand (Auckland). Both markets were previously served by one-stop flights.

In terms of flights operated, the ranking is significantly different with India now leading the way, followed by Saudi Arabia, UK, US, UAE and Pakistan. Ranked on weekly seat capacity the leading country markets are India, UK, US, Saudi Arabia, Australia, Thailand and Germany.

Several more new routes planned for remainder of 2016 and 2017

Looking ahead the MEB3 carriers have already revealed plans to launch (or in some cases re-launch) additional new routes. Two Italian airports were added to the combined global networks of the MEB3 carriers in the last 12 months. On 3 November 2015 Emirates began serving Bologna while on 2 August 2016 Qatar Airway launched its first service to Pisa. They join Rome Fiumicino, Milan Malpensa and Venice Marco Polo.