Reno-Tahoe celebrates Cake of the Week for Long Beach link 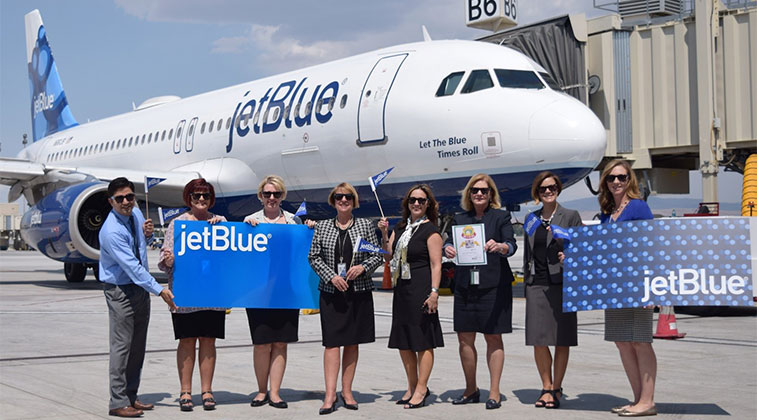 On 22 August Belo Horizonte’s Tancredo Neves Airport celebrated the eight-year anniversary of Copa Airlines’ route from Panama City. The date was also the day when Copa moved its flight timings from the Brazilian airport to fit better into its first bank of operations at its Panama City hub, allowing for greater connection opportunities for its Belo Horizonte originating passengers. Amongst those celebrating the occasion was Javere Bell, a Jamaican sprinter that won a silver medal at this year’s Rio de Janeiro Olympic Games in the 4×400 metre relay. Dany Oliveira, Head of Airline Marketing and Air Service Development at the airport, tells anna.aero that Copa has carried over 500,000 passengers between the airport and Panama City since it launched. On 19 August Birmingham Airport recorded the busiest year in its 77-year history, with the UK’s second city welcoming 11 million passengers during the past twelve months. This comes just a year after it broke the 10 million mark last August. The eleven millionth passenger, James Sheffield from Edgbaston in Birmingham, set the milestone as he checked in for his United Airlines flight to New York Newark, with Sheffield then connecting at the New York hub for his final destination of San Francisco. Birmingham Airport’s CEO Paul Kehoe said of the milestone: “Reaching 10 million passengers last August was a big milestone in the airport’s history but reaching 11 million is an absolute game changer. It shows that demand for flying to and from the Midlands is rapidly rising and this is only expected to continue as national and international investment in the region continues and the Midlands engine powers on.” Seen presenting Sheffield with a magnum of Champagne is Birmingham Airport’s Head of Communications Justine Howl, along with United Airlines’ Birmingham Supervisor Anna O’Nions and Customer Service Agent Chris Thacker. 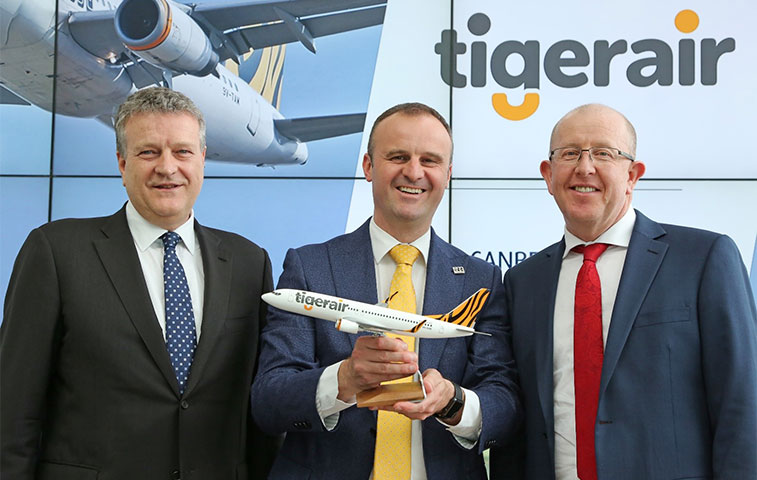 On 22 August Tigerair Australia announced a new daily service between Melbourne and Canberra. Seen making the announcement are: Tigerair Australia CEO Rob Sharp; ACT Chief Minister Andrew Barr; and Canberra Airport MD Stephen Byron. “We have witnessed overwhelming demand and are proud to provide the only low-cost service between Canberra and Melbourne. We are confident the new route will prove popular for our core market of budget and leisure travellers,” said Sharp. The new service will result in over 2,500 additional seats every week through both airports according to the airline. 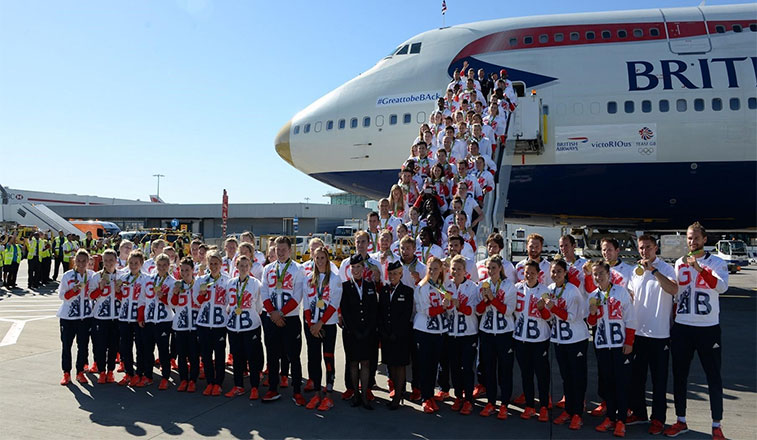 Team GB were given a hero’s welcome when they arrived at London Heathrow on 23 August after a record Olympics. The Rio de Janeiro 2016 Olympics was a record-breaking games for Team GB, with them winning 67 medals – 27 gold, 23 silver and 17 bronze. In celebration, British Airways applied a special livery to one of its 747-400s which included a gold nose and the hashtag #GreattobeBAck.