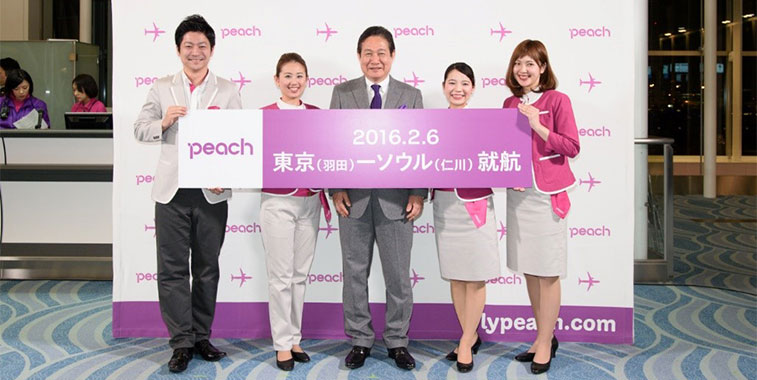 Peach Aviation’s most recent international route launch was on 5 February 2016 between Tokyo Haneda and Seoul Incheon. The LCC currently operates a total of 24 routes using a fleet of 17 A320s and it is the biggest carrier at Osaka Kansai with over 30 daily flights across a total of 15 routes.

Peach Aviation, the LCC established by All Nippon Airways (39%) as a joint venture with First Eastern Aviation Holdings Limited (33%) and Innovation Network Corporation of Japan (28%) has now been operating for four and a half years, having launched its first flights from Osaka Kansai to Fukuoka and Sapporo Chitose on 1 March 2012. The airline’s fleet has grown to 17 180-seat A320s and a total of 24 routes, of which only two have been launched this year. From its main base at Osaka Kansai Peach operates flights to 10 domestic and five international destinations. Its remaining nine routes comprise four domestic routes and five international. All of the airline’s 10 international routes are to destinations either in Hong Kong, South Korea or Taiwan.

According to OAG schedules data Peach is the leading airline at Osaka Kansai with over 30 daily departures from the airport. Its weekly seat capacity from the airport is 40% bigger than that of its nearest rival All Nippon Airways. Peach accounts for 15% of all flights at Kansai and 13% of seat capacity. All 15 of its routes from Kansai are operated at least daily with Sapporo Chitose and Seoul Incheon served by up to four daily flights and Tokyo Narita served by thrice-daily flights. 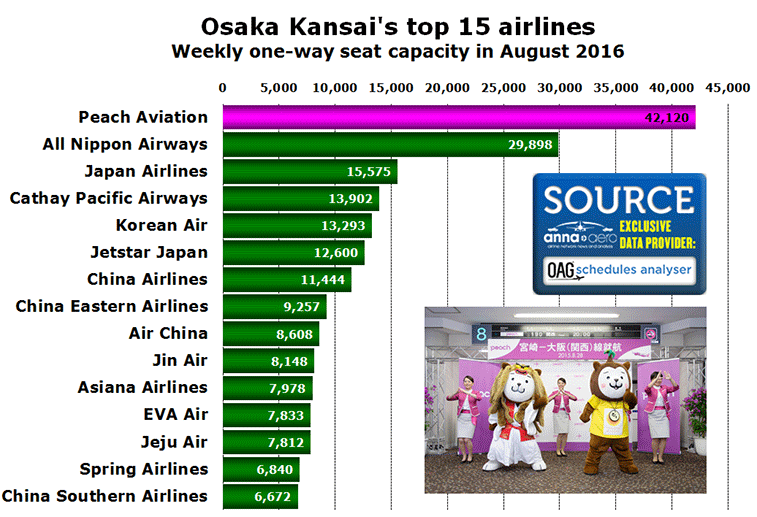 17 airports served of which 12 are in Japan

Osaka Kansai is by some way the airline’s busiest with almost four times as many flights as from its next busiest airport at Okinawa (the venue for next year’s Routes Asia conference). In total the airline currently serves 17 airports of which five are not in Japan (shown in bright green). 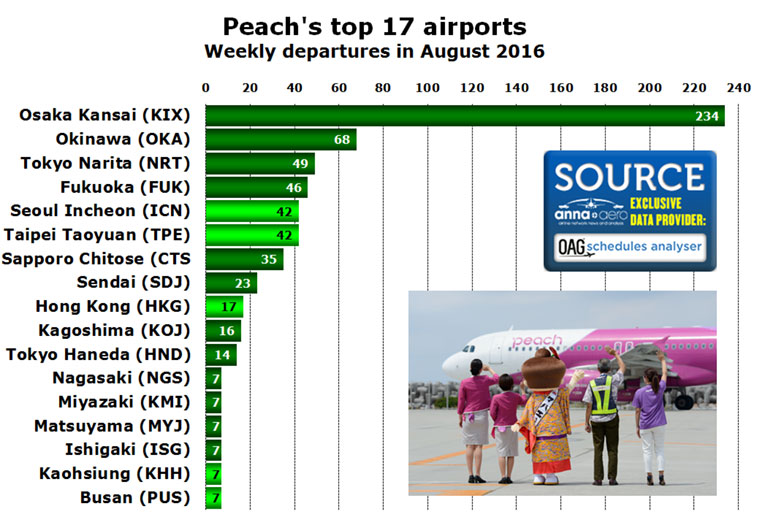 This year the airline has launched just two new routes; from Tokyo Haneda to Seoul Incheon on 6 February and from Tokyo Narita to Okinawa on 20 February. The airline is not planning to start any new routes at the moment. Only one route has ever been suspended, a daily service between Okinawa and Ishigaki that operated from 13 September 2013 to 26 October 2014. 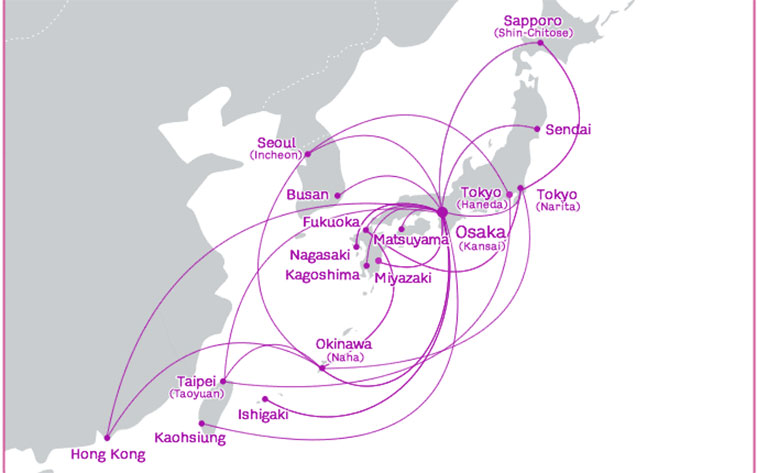 Peach’s route network encompasses 17 airports of which 12 are in Japan. The five non-Japanese airports are Hong Kong, Kaohsiung and Taipei in Taiwan, and Busan and Seoul in South Korea.