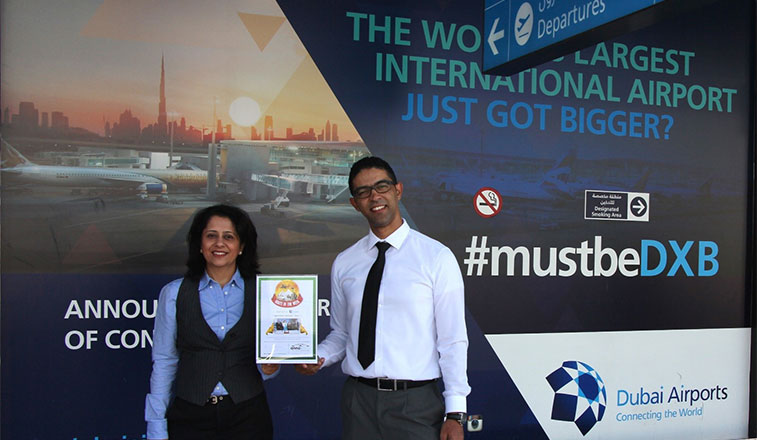 Dubai Airport this week celebrated winning the prestigious anna.aero Route of the Week title, given to the world’s largest international airport for the arrival of its latest carrier, Nepal Airlines. The carrier launched a thrice-weekly service from Kathmandu on 18 August. Seen celebrating with the award are the airport’s Saakshi Singh, Manager, Aviation Business Development, and Khalil Lamrabet, Director, Aviation Business Development. 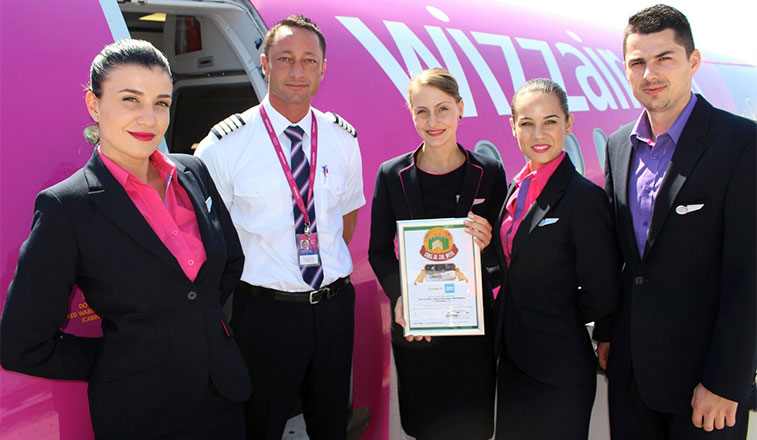 Sibiu Airport this week celebrated winning the anna.aero Cake of the Week award, given to the Romanian airport in recognition of Wizz Air’s base opening on 19 August, with the carrier stationing one A320 at the facility. The ULCC also opened routes to Madrid, Memmingen, Milan/Bergamo and Nuremberg, joining the airline’s existing routes from Sibiu to London Luton and Dortmund. Sibiu is now Wizz Air’s seventh Romanian base. Seen celebrating with the certificate are some of the Wizz Air crew which are now stationed in Sibiu. 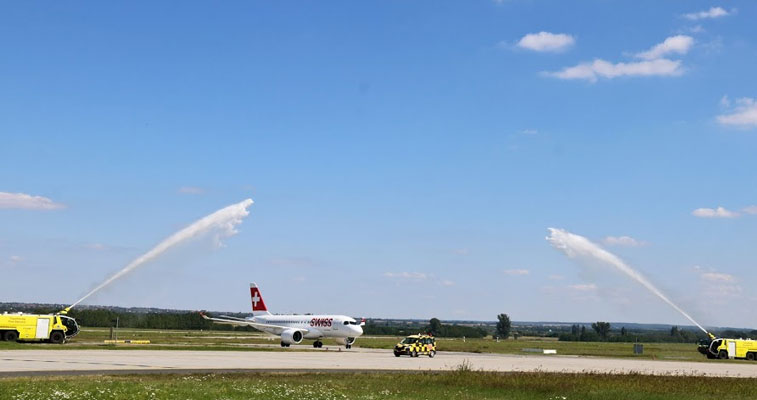 SWISS operated the CS100 to Budapest Airport this week, with the Hungarian gateway welcoming the arrival of the aircraft with a water arch salute. “We are happy to welcome the newest SWISS aircraft at Budapest Airport. During the 15 years of operation for the carrier between Budapest and Zurich it has transported no less than two million passengers, and now it can increase its capacity by approximately 30% thanks to the new aircraft type,” said Jost Lammers CEO Budapest Airport. The airline is expected to use the aircraft more regularly on the city pair in the future as more of the type join SWISS’ fleet. On 23 August easyJet welcomed the one millionth passenger on its London Gatwick to Sofia route, a link that launched in 2007. The one millionth passenger was Svetlana Shivacheva and her two children. For the last 20 years, Shivacheva and her family have been living in Croydon but travel regularly to Bulgaria with easyJet. As a reward, they received free tickets for two between Sofia and London Gatwick, while they were warmly welcomed by the captain and the crew of flight EZY8974. All other passengers on the flight were handed complimentary chocolates as they boarded in the Bulgarian capital. Neil Slaven, Commercial Manager for easyJet, said: “We are extremely happy to reach the one million passenger milestone on our London Gatwick to Sofia route. The service is proving very popular among both British and Bulgarian holidaymakers as well as business passengers travelling between the two capitals.” The airline operates this service daily, with the carrier also flying between Sofia and London Stansted twice-weekly. 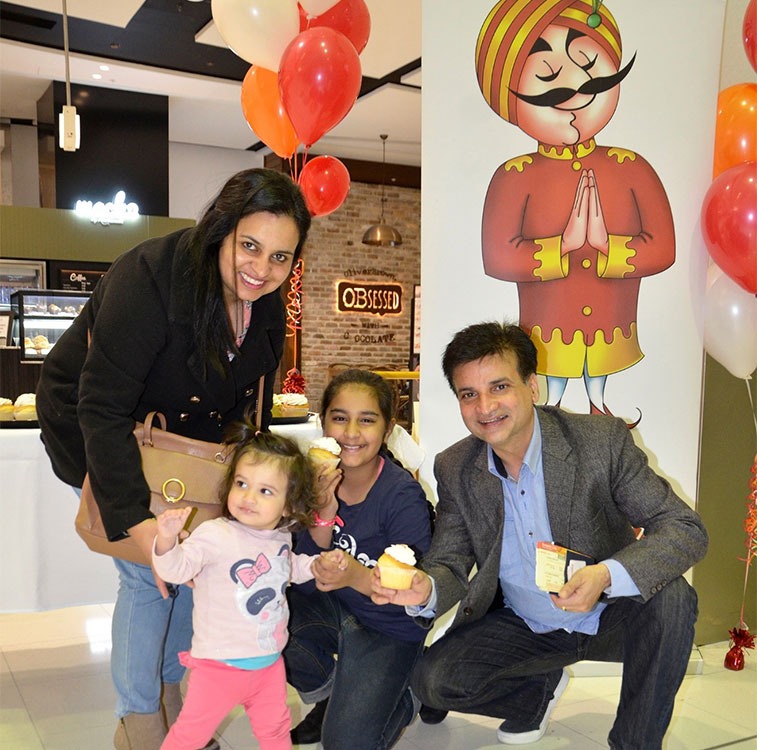 On 30 August Sydney Airport celebrated the three-year anniversary of Air India flights from Delhi. To toast the occasion passengers on the flight to Delhi on the day of the anniversary were given complimentary cupcakes as they checked in. “India is our sixth largest international visitor market and one of our fastest growing markets,” said Sydney Airport’s MD and CEO Kerrie Mather. “Since Air India commenced its direct service to Sydney in 2013, the number of seats has grown from zero to 107,000 last year and Indian passengers have increased from 140,000 to more than 200,000 in the same period. The route is operated four times weekly on the Star Alliance member’s 787-8s. 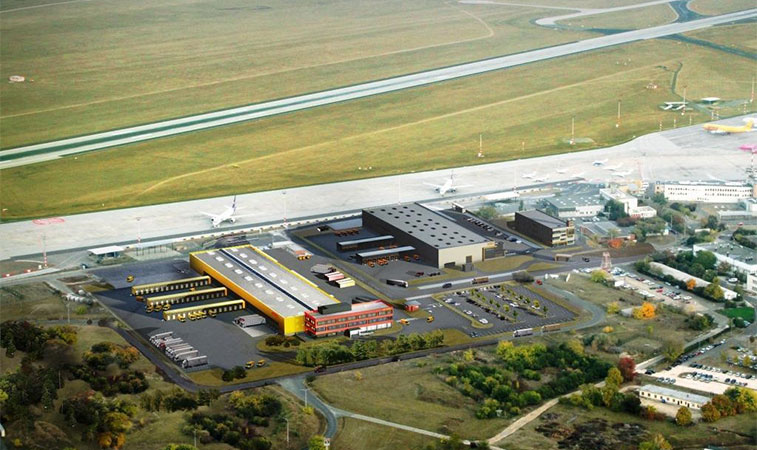 Budapest Airport and DHL Express have signed a strategic agreement for the development of a new facility for Deutsche Post DHL Group in Hungary. This is the second large-scale investment by Budapest Airport and Deutsche Post DHL, after the latter’s freight forwarding business units moved into a new facility built in the Airport Business Park in 2013. Budapest Airport will develop a large warehouse and office complex for the airport operations of DHL Express. The full area of the new DHL Express base near Terminal 1 will reach 13,000 square metres. Preparation of the site has already begun, and will be handed over to the Hungarian construction company, Market Építő Zrt, in September. The new premises of DHL Express will accommodate approximately 300 employees at the airport. The new facility is due to open in July next year. On 25 August Ural Airlines commenced charter flights between Moscow Domodedovo and Bodrum. To celebrate, the Turkish airport welcomed the arrival of the aircraft with a water arch salute, while a  first flight cake was also had. The 200 passengers on the first flight were handed flowers as they disembarked the aircraft. The route will be flown thrice-weekly on A321s until 16 October. Having won the Route of the Week title last week, anna.aero this week was sent images of Dubai Airport’s FTWA which welcomed the arrival of Nepal Airlines to the Middle Eastern hub. The route is operated thrice-weekly. 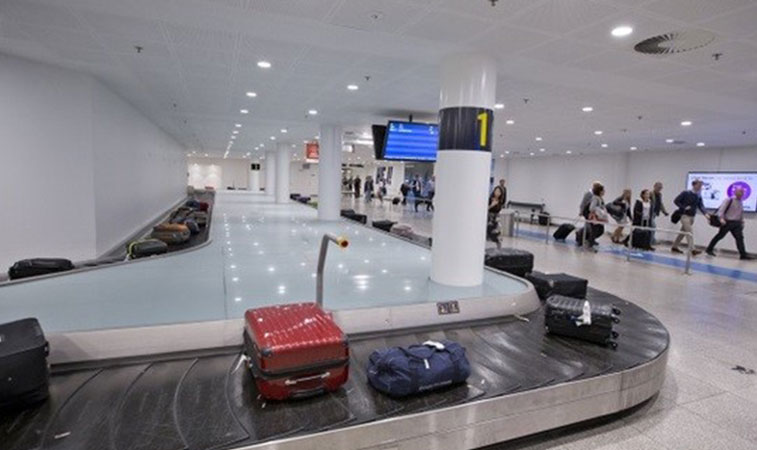 On 26 August, Copenhagen Airport announced its intention to expand its baggage reclaim facilities. The daily flow of between 30,000 and 35,000 inbound bags requires a well-functioning baggage reclaim area. With the expected growth in the number of routes and destinations served from the Danish capital over the next few years, the airport has taken the first step towards expanding its baggage reclaim facilities with longer baggage conveyors and more space for passengers. “In recent years, we have seen quite significant growth in passenger numbers; in the first seven months of this year alone, the growth rate is just under 11%. Although far more passengers today travel only with carry-on baggage, the overall volume of checked baggage has also grown somewhat. We have therefore started planning for an expansion of the baggage reclaim area,” said Copenhagen Airport COO Kristian Durhuus.