London to New York market stable at just over four million annual pax; over 30 flights per day from seven carriers with Heathrow-JFK #1 choice

Since London Gatwick is anna.aero’s local airport we have produced celebratory cakes for both British Airways’ return to the JFK route on 1 May 2016 (left) and also when Norwegian started its low-cost long-haul service on the same route in August 2014 (right).

The London to New York city pair is still the world’s busiest long-haul route. With over 30 daily flights in each direction involving four airports serving London (Gatwick, Heathrow, Luton and London City) and two in New York (JFK and Newark) there a number of options for passengers, ranging from Norwegian’s low-cost services from Gatwick to JFK to British Airways’ business-only service from London City to JFK (outbound via Shannon).

Passenger numbers between the two great cities reached four million as long ago as 1999 and reached 4.2 million the following year. The events of ‘9/11’ had a significant impact on traffic flows and it was not until 2007 that the record of 2000 was beaten (just). However, the banking crisis of 2008 again depressed demand between the two major financial centres and it has taken until 2015 for the demand level of 2007 to be reached again. Throughout all the ups and downs, the share of London to New York traffic generated by Heathrow to JFK services has been surprisingly consistent at between 65% and 75%. 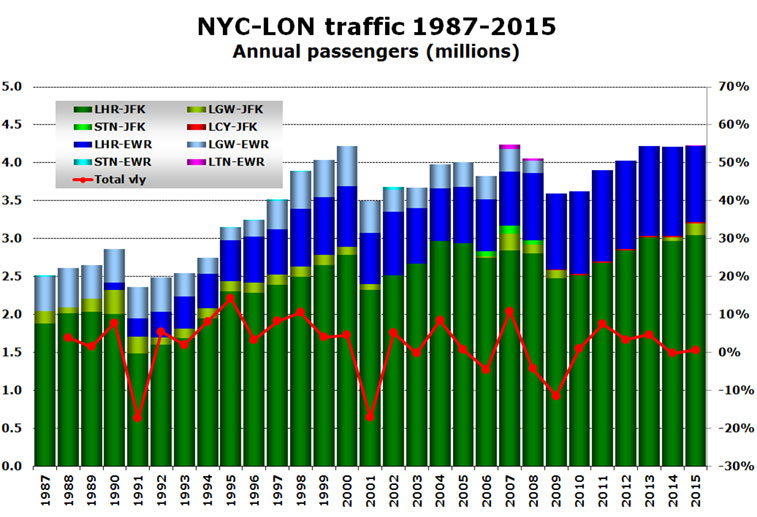 With the end of the school summer holidays in the UK rapidly approaching, anna.aero was curious to see how fares among the various operators compared over the next few weeks as business traffic starts to ramp up once more. Although there are seven airlines serving the market, some are closely aligned due to alliance partnerships and joint ventures. American Airlines and British Airways are both part of the oneworld Alliance, while SkyTeam member Delta Air Lines is now a major shareholder in Virgin Atlantic Airways. So here’s our observations and analysis of the fare data found on the airline’s websites. 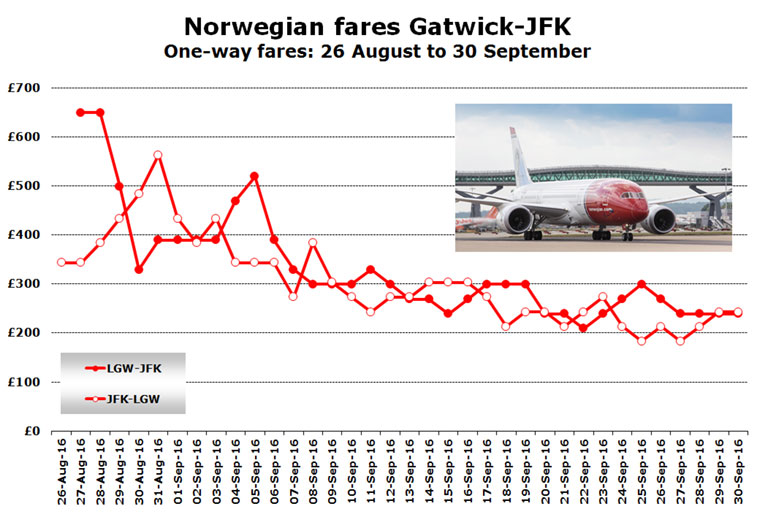 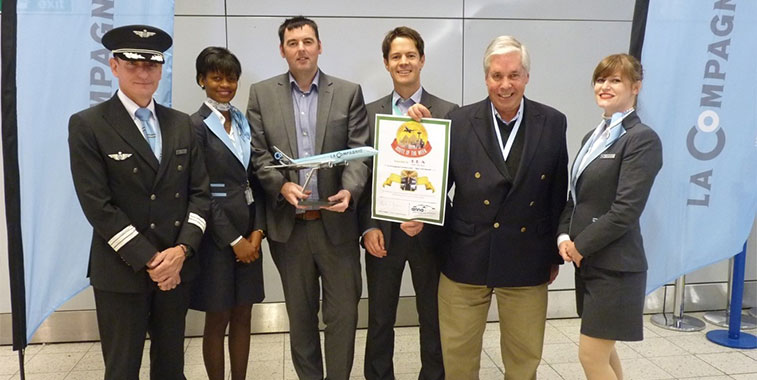 La Compagnie’s London Luton to Newark service won anna.aero’s Route of the Week when it launched at the end of April 2015. Luton was previously home to Silverjet which operated an all-business service to Newark in 2007 and 2008. In 2015 Luton’s share of the London to New York market was just 0.3%, compared with 95.7% for London Heathrow, 3.5% for London Gatwick and 0.5% for London City.