Oompah, oompah…we’ve got a new route to Munich!! Southampton is now linked to the German city, courtesy of a daily flight with Flybe which was launched on 1 September and celebrated with this Bavarian-themed cake. On the apron were: Dave Lees, Southampton Airport MD; Paul Willougby, Flybe GM UK South; Stewart Dunn, Hampshire Chamber of Commerce; and the Edelweiss Bavarian Showband. At the other end of this new UK-Germany route there were festivities to be had too. On hand to celebrate with the crew is Martin Laubenthal, Director Traffic Development from Munich Airport. 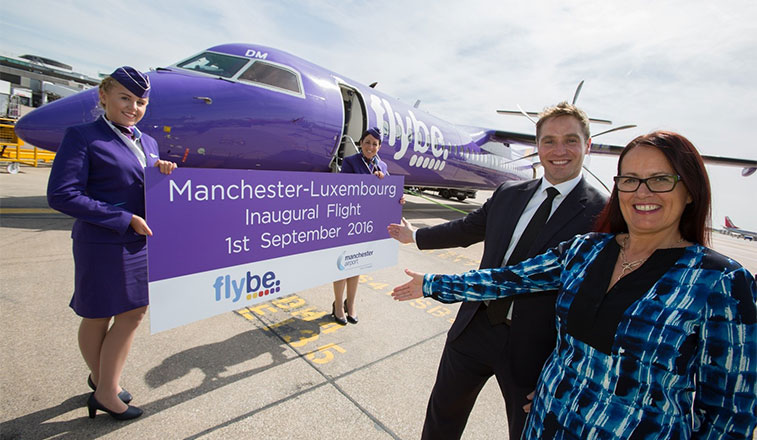 Heralding the start of Flybe’s new route from Manchester to Luxembourg on 1 September – the first service to Luxembourg outside of London ‒ are Andrew Pelham, Aviation Account Manager, Manchester Airport and Andrea Hayes, Flybe Regional GM.