On 2 September Czech Airlines and Prague Airport celebrated the 80-year anniversary of flights between the Czech Republic capital and Moscow Sheremetyevo. The first flight on the route was inaugurated on 2 September 1936 and flown by an Airspeed Envoy AS-6, with the aircraft having to make five stops on the route, with the whole journey taking nearly 10 hours. According to OAG schedules, the route is now flown 16 times weekly non-stop on the carrier’s 144-seat A319s. Seen cutting the cake in Prague are Jan Toth, Director for Commerce, Marketing and Alliances, Czech Airlines, and Jiří Vyskoč, Director of Aviation Business, Prague Airport. British Airways celebrated 70 years of flights between London Heathrow and Hamburg this week, with the German airport celebrating the landmark achievement with cake. British European Airways, the forerunner of British Airways, was one of the first airlines to resume civilian airline operations to Germany in 1946. The London-Amsterdam-Hamburg-Berlin route was served twice-daily with a Vickers Viking. British Airways currently offers up to 52 flights from Hamburg to London every week – 35 to Heathrow and 17 to London City. Most of the airline’s flights to Heathrow are operated with A319s and A320s. The carrier will deploy Saab 2000s on the London City-Hamburg route starting in September. Michael Eggenschwiler, CEO of Hamburg Airport, added, “British Airways has been a reliable partner for Hamburg Airport for 70 years now. We are delighted by the great success and the continuity of this partnership.” Little did they know about the route being 70 years old at the time, but anna.aero’s Key Account Manager Kerry Parks and Assistant Editor Jonathan Ford had their own celebration on the route earlier this year when they were travelling back from the 138th IATA Slot Conference, with the day also being Parks’ birthday. In celebration, British Airways gave them both a complimentary bottle of Champagne while Ford even managed to sneak a visit to the cockpit. 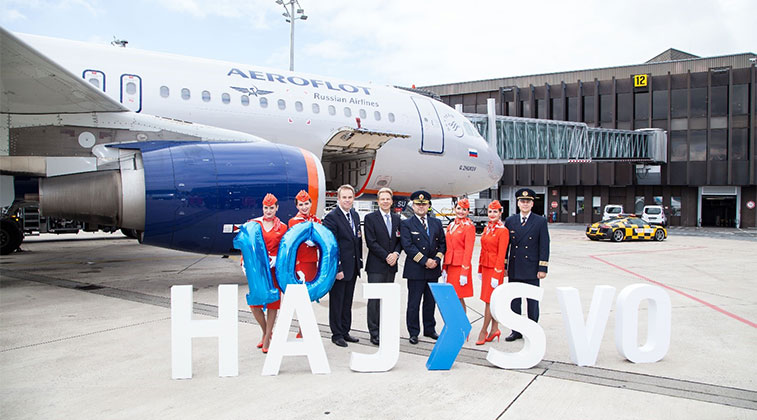 Aeroflot celebrated its 10-year anniversary on its Moscow Sheremetyevo to Hannover route this week. Seen heralding the occasion on the apron at the German airport along with the crew are Dr. Raoul Hille, CEO of Hannover Airport, and Mr Menshenin, Aeroflot’s Station Manager at Hannover. Since the start of flights Aeroflot has carried nearly 700,000 passengers between the two cities. Launched in 2007 as a thrice-weekly connection, the route has now developed into a daily service. 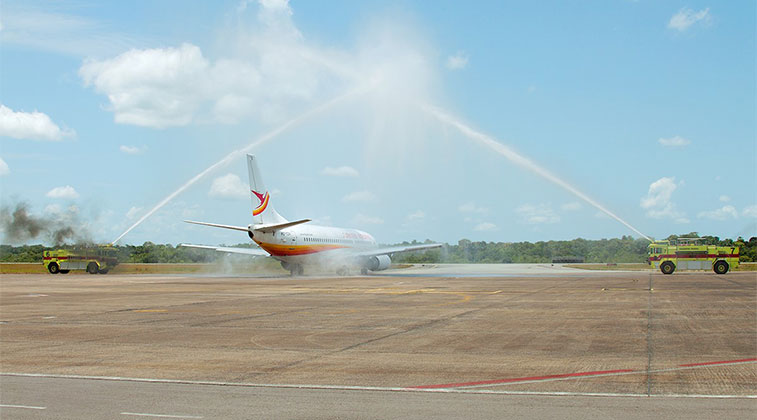 Recently Suriname Airlines, for the first time in 20 years, commenced non-stop flights between Paramaribo and Miami, with the former airport heralding the departure with a water arch salute. It is planned that for the next two months the airline will conduct a few charter based flights on airport pair, and from November the airline hopes to start a scheduled service between the two cities with a weekly flight. anna.aero has been told by Andrew Müller, Superintendent of Operations, Paramaribo Airport, that if the new direct service proves to be popular, especially with connecting traffic from Cayenne and Belem, the airline could add more flights. The airline still serves Miami on a scheduled basis with thrice-weekly flights via Aruba and thrice-weekly flights via Georgetown. 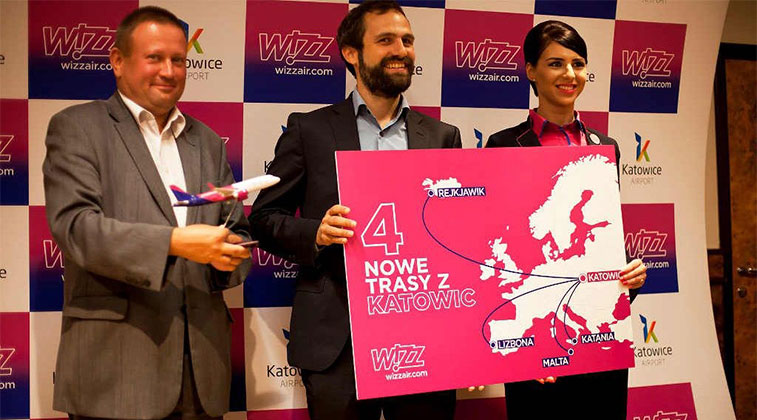 Wizz Air announced on 6 September that it will base a sixth A320 at its Katowice base and open routes to Catania, Lisbon, Malta, and Reykjavik/Keflavik from the start of S17. The airline currently offers 28 routes from Katowice based on OAG schedules, with new routes for W16/17 being Dubai Al Maktoum, Lanzarote and Tenerife South.