Belfast International witnessed the start of four new routes from Ryanair this week, including the start of a thrice-weekly service to Berlin Schönefeld. Visit Belfast were also on hand to welcome the first inbound passengers from Germany with goodie bags. 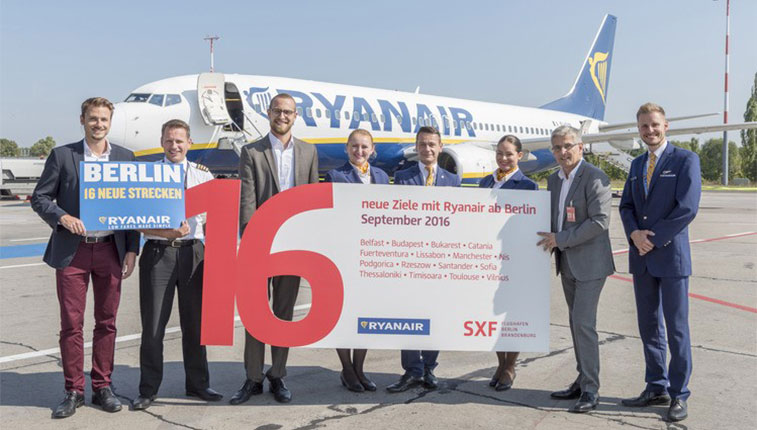 Ryanair clearly has plans to launch 16 new routes from Berlin Schönefeld over the next couple of months, this week it was just six – to Bucharest, Budapest, Catania, Nis, Podgorica and Santander. The airport’s Senior Manager Airline Marketing and Tourism Johannes Mohrmann (third from left) helped to promote all the upcoming new services. Ryanair’s CCO David O’Brien (right in cake picture) was on hand to open the ULCC’s Timisoara base – its 78th ‒ this week, beginning services from the Romanian airport to Berlin Schönefeld, Brussels Charleroi, Bucharest, Frankfurt Hahn London Stansted and Weeze. Later in the year services to Milan/Bergamo will also be added.