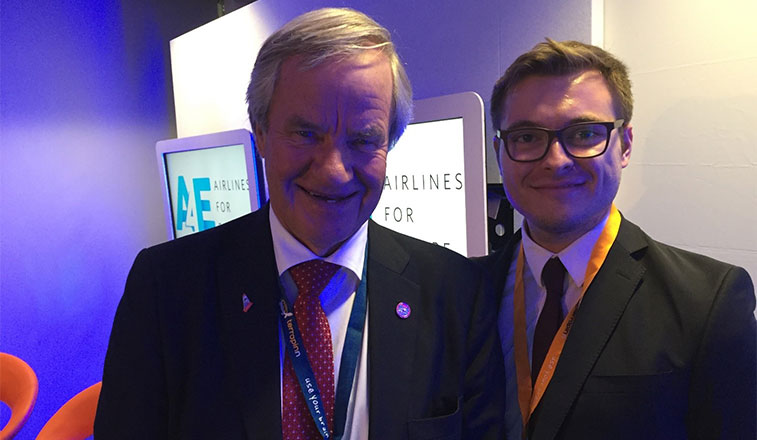 On 8 September anna.aero’s Assistant Editor Jonathan Ford caught up with Norwegian CEO Bjørn Kjos after he had taken part in a panel session along with Carolyn McCall, CEO of easyJet, and Willie Walsh, CEO of IAG, to discuss their views on why the UK Government must scrap APD (Air Passenger Duty).

On 8 September, Bjørn Kjos, CEO of Norwegian, was speaking at the World Low Cost Airline Congress at the Aviation Festival at London’s Business Design Centre. While there he also took part in the Airlines For Europe (A4E) media briefing along with Carolyn McCall, CEO of easyJet, Willie Walsh, CEO of IAG and Thomas Reynaert, MD of A4E to discuss why they are calling on the UK Government to scrap APD (Air Passenger Duty). After the media briefing, Jonathan Ford, Assistant Editor of anna.aero, managed to catch a brief moment with the Kjos to discuss why the airline the day before had announced that Barcelona was to be its next European hub for transatlantic flights.

From Barcelona the airline will operate to New York Newark, Fort Lauderdale, Oakland and Los Angeles, with all routes being flown initially twice-weekly on the carrier’s 787-8 fleet. Flights will begin in June. Oakland and Los Angeles sectors will increase to thrice-weekly from mid-August, with Newark becoming four times weekly during the same time. Current schedules show that Fort Lauderdale will remain twice-weekly throughout summer.

anna.aero (aa): “The airline has just announced that its next transatlantic operations will be launched from Barcelona. Was it always going to be Barcelona? Or are there any other cities that were considered?”

Bjørn Kjos (BK): “Barcelona was very much up there when we considered where the airline’s next transatlantic flights would be from. Of course there are other cities in Europe that we are considering long-haul from, but Barcelona was most certainly at the top. When we told Aena that we would be launching from Barcelona they were jumping for joy and could not wait to sign the contracts.”

aa: “What was the attraction to Barcelona?”

BK: “Currently Barcelona does not have flights to the West Coast of the US, so we have looked into it and the market has huge potential, that is why we are launching flights to Los Angeles and San Francisco (Oakland). Not only have we chosen Barcelona for this reason, but we have a big base there and our domestic programme has really taken shape during the past year or so. With that we are hoping to capitalise on connecting traffic from the Spanish regions as well.”

aa: “What stood out to anna.aero from your choice of destinations in the US from Barcelona was that instead of flying to New York JFK, where you already fly into from several points in Europe, you are using New York Newark. Is this due to slots or is Norwegian hinting at an airport swop in New York?”

BK: “We are operating into Newark because of slots issues at JFK. This is one of the main reasons for this new flight going into Newark instead. However it is also allowing us to test the water at Newark, because JFK and Newark in regards to inbound traffic to Europe are two different markets. What we noticed from our recent long-haul launches from Paris CDG is that the majority of passengers using the services were originating in the US. So with this it is allowing us to test the water at Newark and see if there is a potential market there.”

aa: “Moving away from the US transatlantic market, Norwegian will be serving new airports in the US this winter with charter operations to the Caribbean. What is the strategy behind this operation?”

BK: “We launched scheduled services between the US and the Caribbean last year from European islands in the region, and they have proven to be very successful. So we thought how can we make more productive use of our aircraft during the low-season in Europe, and this is where the strategy comes from. These charter deals signed with Apple Vacations and Funjet Vacations for this winter season will allow us to use our aircraft more effectively during that time, while also allowing us to promote the Norwegian brand to US passengers.”

(It should be noted that Norwegian will base three 737-800s at Chicago Rockford and Milwaukee between December 2016 and April 2017. As well as the Caribbean, the airline will also operate charters into Cancún from the two airports). 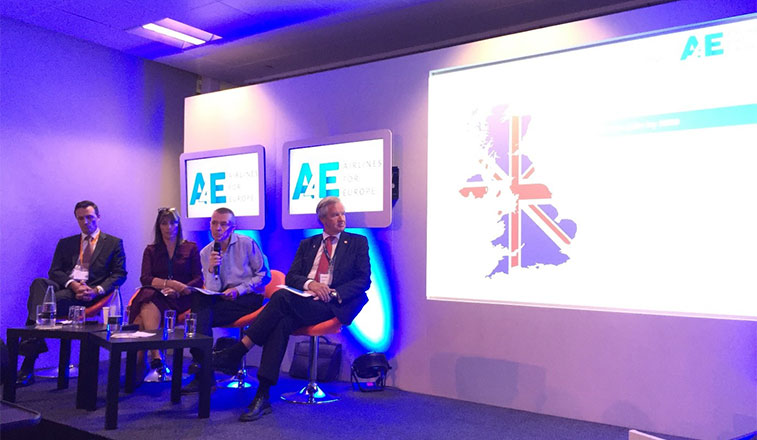 Bjørn Kjos was taking part in a panel discussion along with: Thomas Reynaert, MD of Airlines For Europe (A4E); Carolyn McCall, CEO of easyJet; and Willie Walsh, CEO of IAG, renewing their call for the UK Government to abolish APD.

During a media briefing at the Aviation Festival in London, Airlines For Europe (A4E) member airline CEOs Carolyn McCall (easyJet), Willie Walsh (IAG) and Bjørn Kjos (Norwegian), together with A4E’s MD Thomas Reynaert, renewed their call on the UK Government to abolish Air Passenger Duty (APD). “The UK has the highest aviation tax worldwide. This puts it at a competitive disadvantage as other European hubs take traffic and business away from the UK precisely because of APD. Following the vote to leave the EU every effort should be made to ensure the UK economy improves its competitiveness and secures its position as a worldwide trading nation. It’s time for the UK Government to get rid of this tax which punishes businesses and consumers,” said Reynaert.

During the briefing each CEO gave specific examples of the benefits of removing these taxes. McCall highlighted the Netherlands as a key example. “The Dutch Government’s removal of its ticket tax in 2009, after just one year, led to strong growth in passengers and saw Amsterdam Schiphol become a successful international hub,” commented McCall. As well as this, McCall showcased that Scotland is to reduce its APD by 50% as an initial precursor to abolishing it completely, and also indicated that its operations at airports in northern England would see a knock-on impact as passengers travel across the border to taken advantage of lower fares as a result of the tax cut.

Kjos then informed the media as to why Norway’s recent decision to introduce Air Passenger Tax (around €8.50) had harmed the country’s aviation industry. “The tax that was put in place this June on departing passengers, for both domestic and international flights. was the latest unreasonable tax launch. There are already signs it is having a harmful impact with reduced frequencies and lower passenger demand on selected regional and international routes in the first two months after the tax was implemented. Not only this, but Oslo Rygge will soon close as we and Ryanair pull out. That is already 1,000 jobs gone pretty much overnight when the airport closes in November.” Some of the highlights of the CEOs’ presentation was the impact of aviation tax across Europe and how getting rid of APD would bring a significant benefit to the UK. A study has revealed that by removing APD, 61,000 jobs would be created by 2020 in the UK. Other airline members of A4E include Ryanair, Finnair, Jet2.com, Air France and KLM.