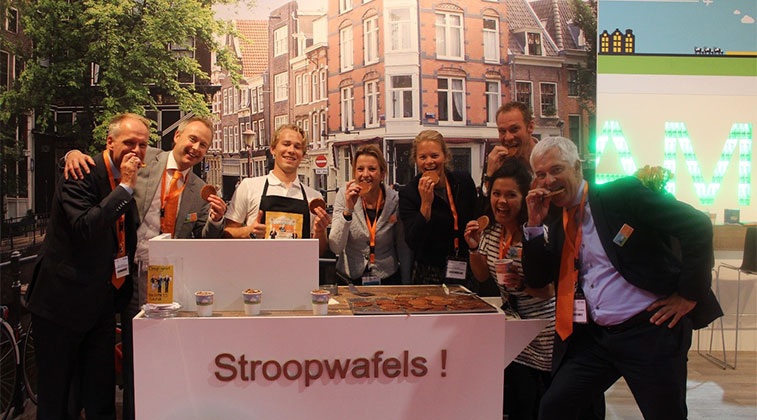 Last year Amsterdam Airport Schiphol distributed Stroopwafels on its stand at World Routes in Durban. At this year’s event in Chengdu, the airport is celebrating its 100-year anniversary by sponsoring the Saturday evening reception at the Shangri-La Hotel.

Did you know that the history of aviation extends over more than two thousand years, starting with Chinese kites and the Greeks attempts at tower jumping?

Did you know that the word ‘aviation’ comes from the Latin word ‘avis’, meaning bird?

Did you know that the Zeppelin was the first flying device, also called a flying boat?

And did you also know that 100 years ago the first airline did not yet exist?

So can you imagine what big changes and developments our industry has undergone during this last century?

Want to know what we are up to next? Find us on LinkedIn!

Follow the Amsterdam Airport Schiphol Aviation Marketing Team on LinkedIn to find out all the ways that the team can help your airline to maximize the opportunities at this award-winning global hub.