The last long-haul route that was launched by American Airlines from Dallas/Fort Worth was a daily service to Beijing on 7 May 2015. The next two, summer seasonal services to Amsterdam and Rome Fiumicino, will be its fifth and sixth routes into Europe from the oneworld carrier’s biggest base in terms of weekly seats.

We know, we know, this is no longer a Leak of the Week, as the routes have emerged into the public domain…but this information was still pretty much under wraps when this story went live on our website last week. What our data elves found, when they were mining away in the aviation forums and chat rooms last week, was the unearthing of American Airlines’ European expansion plans for S17. So while this new route information is no longer hot off the press, we feel that our analysis of the market situation is still relevant.

Three European hubs in three different countries will benefit from new connections to two of the oneworld carrier’s hubs, as follows:

Dallas/Fort Worth: Summer seasonal service (May to September) to Amsterdam and Rome Fiumicino;

Chicago O’Hare: Summer seasonal service (May to September) to Barcelona.

Schiphol scores with 17 US routes for S17

The only American service currently flying into the Dutch hub is a daily flight from Philadelphia. For Amsterdam, the Dallas/Fort Worth market is currently unserved, meaning that if there are no route deletions between now and next summer, the airport will offer connections to 17 US airports (according to OAG schedule data for week commencing 9 September):

13 US routes – lucky number for Rome

Over in the Italian capital, the oneworld carrier’s existing services are from Charlotte Douglas, Chicago O’Hare, New York JFK and Philadelphia (all served daily). For Fiumicino, as with Amsterdam, the Dallas/Fort Worth market is currently unserved, meaning that if there are no sector cullings before S17, the Roman airport will offer connections to 13 US airports:

Busy week of US route announcements for Aena’s Barcelona

The news of a new Chicago O’Hare service comes in the midst of a busy week for Barcelona, as Norwegian has announced  that it will open four US services next summer from the airport – namely to Fort Lauderdale, Los Angeles, New York Newark, and Oakland. The decision as to why Norwegian has chosen Newark over its exhibition JFK operations was explained by the carrier’s CEO to anna.aero at the Aviation Festival in London this week. American’s existing presence in Spain’s second city is already robust, as it already flies to Charlotte Douglas (six times weekly), Miami (daily), New York JFK (daily) and Philadelphia (daily). For Barcelona, as with Amsterdam and Fiumicino, the new sector marks the arrival of an additional city to its US network map, plus if there are no route removals before next summer, the Spanish airport will offer connections to eight US airports:

European connection #6 for Chicago; #5 for DFW

American is already very active in the transatlantic market, offering five European cities from O’Hare already, as well as four from Dallas/Fort Worth, as detailed below:

As well as winners, there are losers too

Unfortunately, and obviously less well-publicised, there are also some European routes operated by American in S16 which have failed to make the grade for whatever reason. Those city pairs being cancelled recently and to come to an end over the next few months include:

These routes may return in the future to American’s European network, when market conditions have changed, and anna.aero will hopefully be the first to tell you about them! 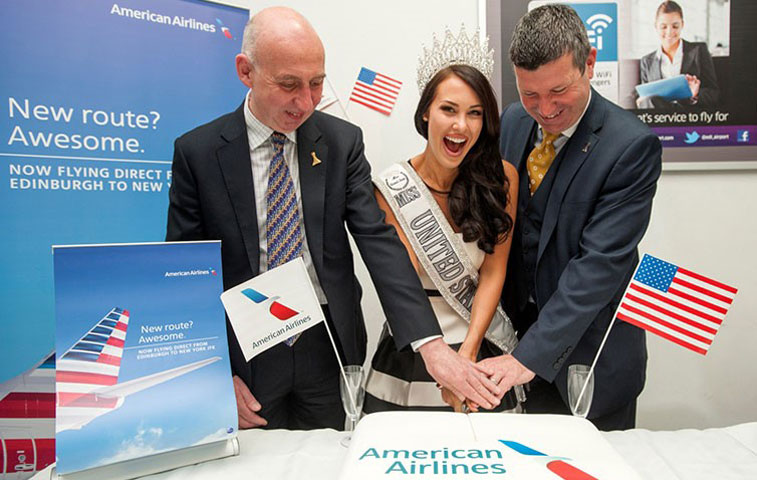 The last European services launched by American Airlines were services from New York JFK to Birmingham and Edinburgh. Unfortunately the former is due to be removed from the airline’s network in January 2017.