Ryanair opened its third route to Castellon Airport on 9 September from its latest base, Sofia. The 1,957-kilometre sector will be flown twice-weekly (Mondays and Fridays) facing no incumbent. The airline also links Castellon to London Stansted and Bristol. Seen heading the line-up for the cutting of the turrone, which anna.aero Assistant Editor Jonathan Ford got to taste for the first time at the launch of Blue Air’s Bucharest service to the Spanish airport in June, is Alexander Schroll, CEO of Castellon Airport. 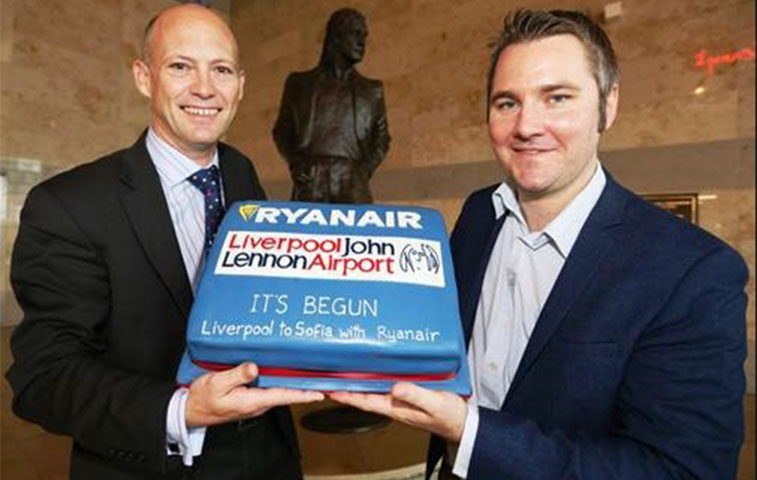 Celebrating the start of flights from between Sofia and Liverpool on 9 September with a classic route launch cake are the UK airport’s Director of Air Service Development Mark Povall, and Ryanair’s Head of Communications Robin Kiely. The two cities will be connected with a twice-weekly (Mondays and Fridays) service. 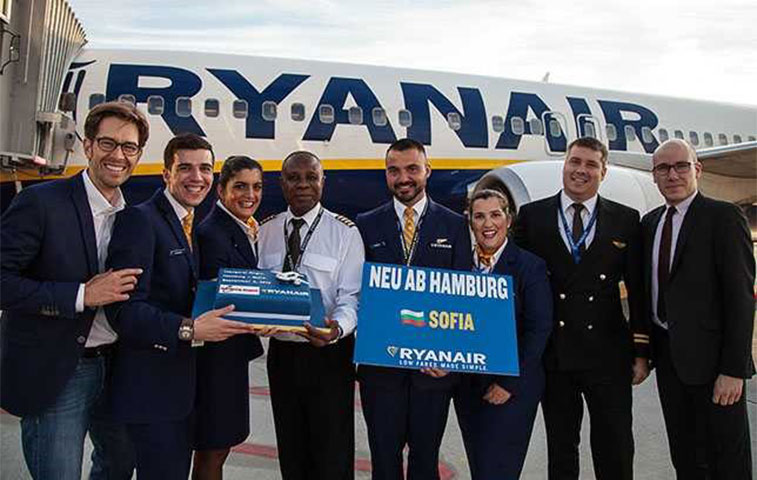 A cake celebration was also had in Hamburg to commemorate the carrier’s launch of flights to Sofia. The LCC will link the German city to the Bulgarian capital thrice-weekly. Seen celebrating with the Ryanair crew are Tim Howe Schröder, Head of Corporate Sales and Marketing Manager for Germany, Ryanair, and Stephan Erler, Senior Manager Traffic Development, Hamburg Airport. Memmingen also celebrated its connection to the Bulgarian capital this week. Posing with the crew from the German airport are Marcel Schütz, Head of Aviation, and Alexandra Joos, Marketing Trainee. The airport connection will operate twice-weekly (Mondays and Fridays) facing direct competition from Wizz Air. 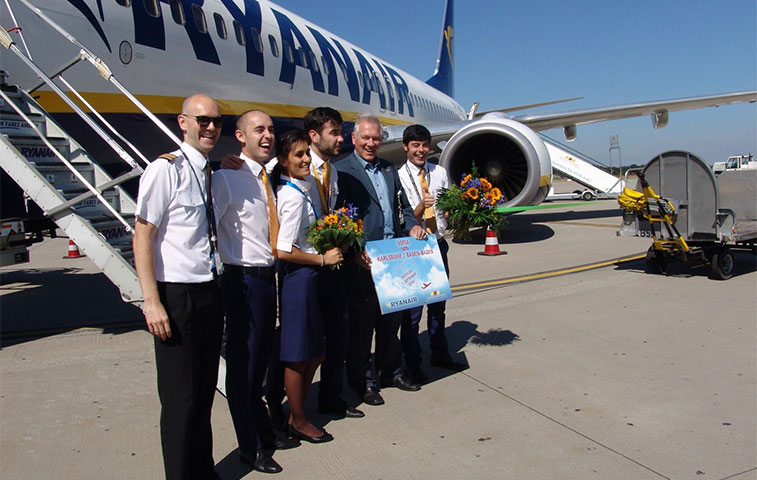 Karlsruhe/Baden-Baden also celebrated the launch of flights to Sofia this week. Inaugurated on 7 September, the Irish carrier will link the German airport to the Bulgarian capital twice-weekly (Wednesdays and Sundays) facing no competition. On hand to greet the inaugural crew as they arrived from Sofia was Manfred Jung, MD of Karlsruhe/Baden-Baden Airport. anna.aero can reveal that the first inbound service from Sofia carried 181 passengers, while the return welcomed 160. That represents load factors of 96% and 85% respectively.