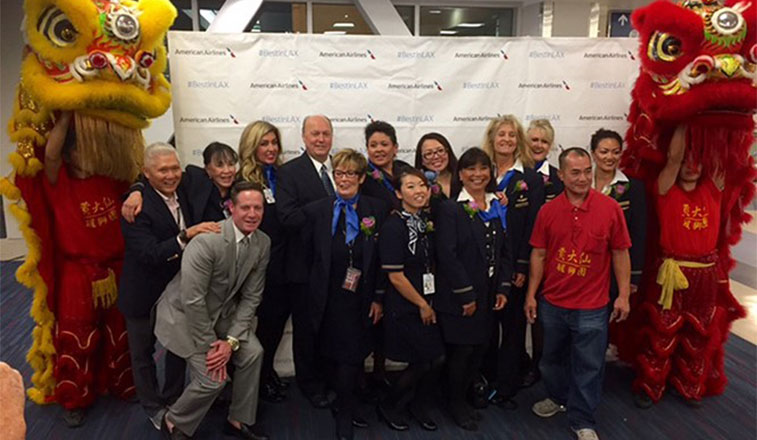 The inaugural crew of flight AA193, the flight number of the oneworld member’s service between Los Angeles and Hong Kong, pose for a photo before the first flight. Launched on 7 September, the 11,661-kilometre sector will be flown daily facing direct competition from fellow oneworld member Cathay Pacific Airways. On 7 September American Airlines became the third carrier to link the US with Cuba after JetBlue Airways and Silver Airways. Seen on the tarmac at Cienfuegos is the oneworld member’s inaugural service from Miami. Once passengers had disembarked a ribbon cutting ceremony took place. The carrier will link the two airports with a daily connection. Passengers on the first flight received a certificate of confirmation. A ribbon cutting ceremony was also had in Miami as the Floridian airport welcomed its first scheduled connection to Cuba in over 55 years, with the inaugural destination for American Airlines being Cienfuegos. Cupcakes were also on offer for passengers to enjoy. American Airlines will initially link Miami to five Cuban airports, with the other four being Camaguey, Holguin, Santa Clara and Varadero.