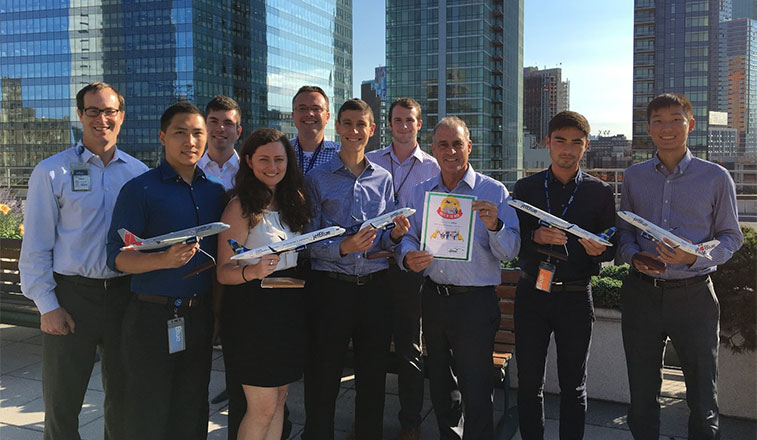 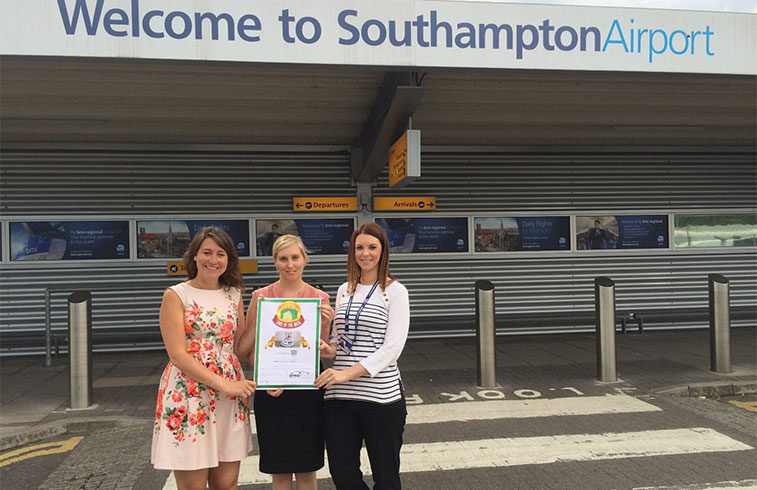 Southampton Airport received its second Cake of the Week award of 2016 last week, given for the Bavarian-themed cake it presented at the launch of Flybe’s inaugural service to Munich. The UK airport won the award at the start of the summer season for the cake it presented at the arrival of KLM’s first flight from Amsterdam. Seen celebrating with the award are the airport’s: Elise Smith, Marketing and Communications Assistant; Holly Harvey, Digital and E-commerce Executive; and April Grant, Commercial Executive. 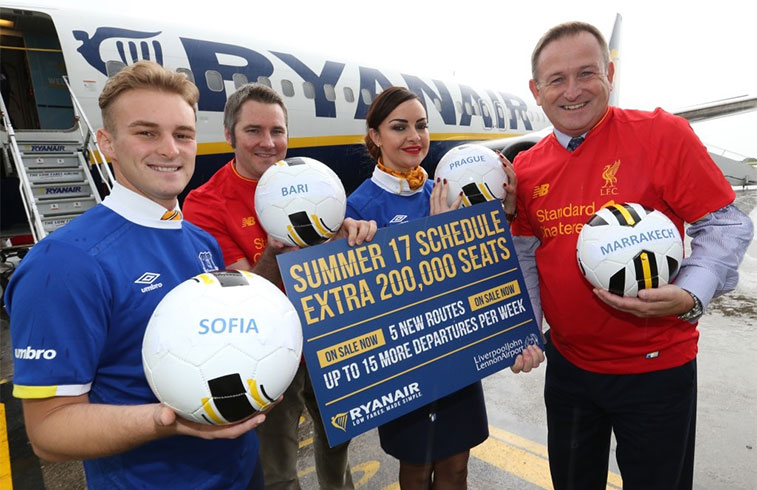 On 8 September Ryanair announced it will be expanding operations from Liverpool Airport for S17 with five new destinations and increases in frequency on existing services. The airline’s expansion will bring up to an extra 15 departing flights per week and over 200,000 additional seats on sale from Liverpool compared to this summer and an expected 11% growth in Ryanair passenger traffic from the UK city. The new routes to be featured from Liverpool for S17 are Prague, Sofia, Marrakech, Girona and Bari. Seen celebrating the news at the UK airport are: Ryanair Crew Member, Owen Strocker; Ryanair’s Head of Communications, Robin Kiely; Ryanair Crew Member, Sarah Twist; and Liverpool Airport CEO, Andrew Cornish. On 10 September Columbus Airport performed a water arch salute to welcome back the first all-female contingent of veterans travelling on Southwest Airlines from Washington. The women had travelled to the US capital that morning on the honor flight organised by the area’s Honor Flight organisation. The 81 women on the trip were then greeted by around 800 people on their return, with them all packed in the terminal to surprise the veterans a welcome home.