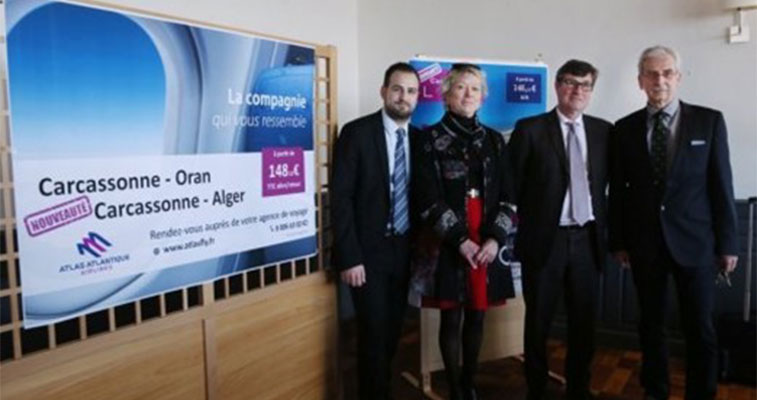 The newest airline to serve Algeria during the past year is the French carrier Atlas Atlantique Airlines. The company operates eight routes between France and Africa’s largest nation, with it occupying 3.5% of seats in the country market, which is coincidentally Algeria’s largest.

Algeria is the largest nation (in relation to land size) in Africa, sitting atop of the continent bordering the Mediterranean Sea. The capital, Algiers, is the nation’s largest city, with it having a population of around 3.5 million people (based on 2011 census). Latest estimates suggest that the nation itself has a total population of 40.4 million, which if true means that the country’s population has grown by 6.6% during the past three years, with it having been 37.9 million in 2013. The nation’s GDP in 2016, estimated by IMF World Economic Outlook, is just over $181.7 billion (US).

Air Algérie, the national carrier of Algeria, is the largest airline operating from the North African nation this summer, the same as it was in S15. The airline has grown its departing seat capacity from the nation by 21% during the past year. Overall the airline occupies 65% of all departing sees from Algeria. Of the top 12 airlines, three reported drops in seat capacity (highlighted in red). Outside of the top 12 a further six airlines have seen drops in capacity, namely Jetairfly (13th largest airline; -7.6%), Iberia (15th; -4.4%), Royal Jordanian (18th; -1.3%), Transavia (20th; -23%), Saudi Arabian Airlines (22nd; -81%), and Heli Air Monaco (23rd; -19%). 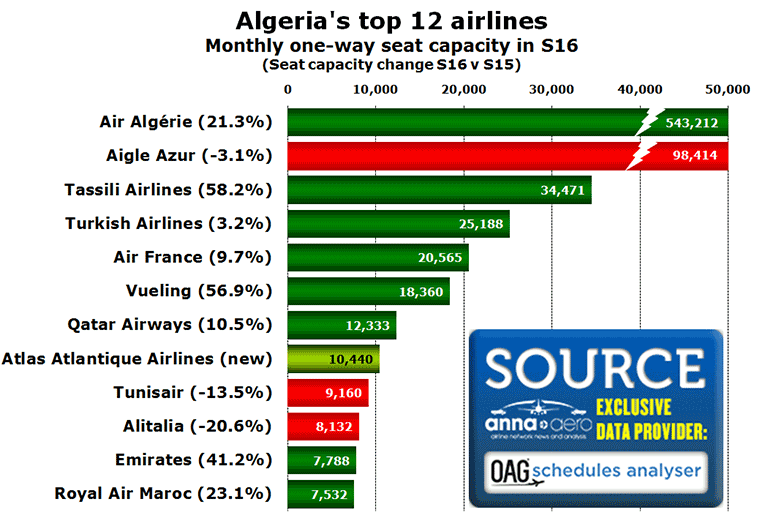 Of the 23 airlines serving Algeria this summer, down from 25 last year, the fastest growing carrier is TAP Portugal, with it having crown its seat capacity by 178% during the past 12 months. The result of this growth is due to the airline increasing the frequency on its route between Lisbon and Algiers from thrice-weekly to four times weekly, while also upgrading flights from Portugália ERJ 145s to a mixture of E190s and F100s.

As mentioned, Algeria has witnessed a net loss of two carriers this summer. Since September last year the following airlines have ended service to Algeria: Air Méditerranée, Libyan Airlines and Air Malta. The newest airline to Algeria’s line-up is Atlas Atlantique Airlines, highlighted in light green (eight largest carrier in S16). The French airline is offering eight routes between its home nation and Algeria this summer. The routes which the carrier operates to Algeria originate from Paris Vatry (Algiers, Bejaia, Constantine, Oran and Tlemcen), St. Etienne (Constantine and Oran) and Carcassonne (Oran). Overall the carrier occupies 3.5% of seats between Algeria and its largest country market.

France is largest market from Algeria

Looking at OAG Schedules Analyser data for September, it shows that the country market of France, which welcomed a 6.7% increase in seats during the past year, is the largest from Algeria. In total 35% of monthly departing seats from Algeria go to France. The French market itself is then followed by the nation’s domestic market (34% of monthly departing seats) and Spain (5.3%). Overall six carriers link the two nations of Algeria and France, with Air Algérie being the largest occupying 54% of monthly seats. It is then followed by Aigle Azur (31% of monthly seats), Air France (7.1%), Atlas Atlantique Airlines (3.5%), Tassili Airlines (3.3%) and Transavia (0.7%). 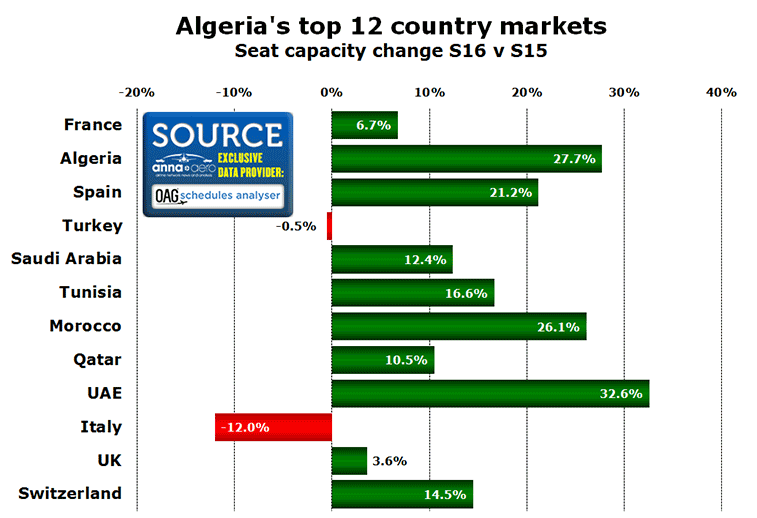 Algeria is connected to 28 country markets this year, the same as it was in September last year. During the past 12 months two nations have been dropped from Algeria, namely Libya and Malta. Despite these two losses, a further two nations have been gained, with Russia and Hungary now appearing on the nation’s network. Russia became a connection as Air Algérie resumed flights to Moscow Sheremetyevo from Algiers in March this year after a 12-month absence. The other country market is Hungary, with the same carrier planning to inaugurate flights to Budapest from the Algerian capital on 15 September, a route which will be served by the airline twice-weekly.

Outside of the top 12 the fastest growing market is Burkina Faso (22nd largest country market) with capacity to the African nation up 162% during the past year. Not only has Burkina Faso welcomed a three-digit increase in capacity this summer, but so has Portugal (17th largest country market), a nation which has seen its capacity grow by 104%. The average capacity growth per nation during the past year is 22%. 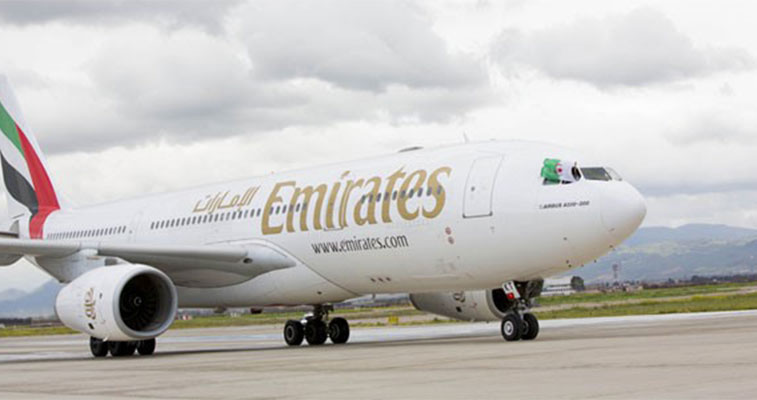 Emirates launched flights to Algiers on 1 March 2013. During the past year the carrier has grown its seat capacity from Algeria by over 41%, with it being the ninth largest carrier in the nation this summer.