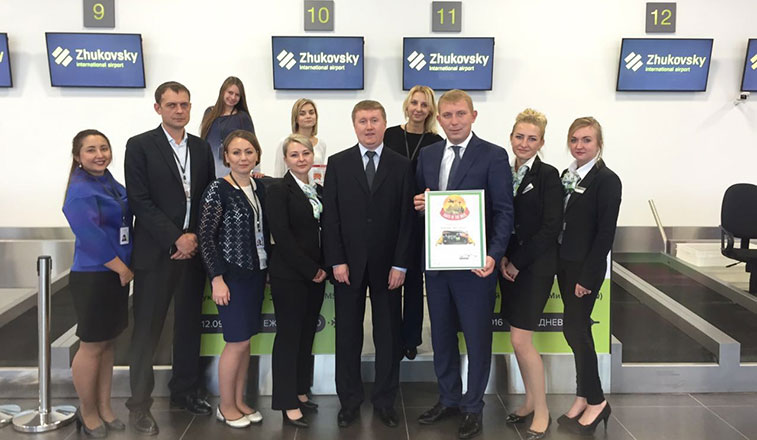 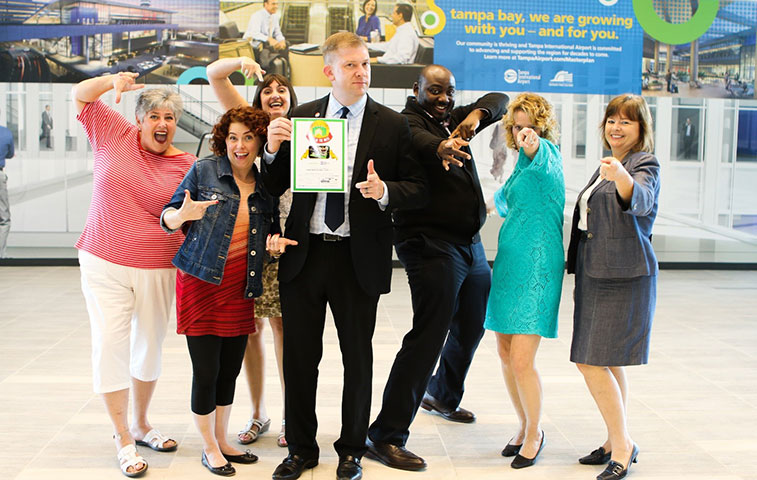 Tampa Airport was overjoyed to have won its first Cake of the Week award for 2016, with the Floridian airport last clinching the title in April 2015 – the S15 public vote. It won the award this time around for the splendid Las Vegas-themed cake it showcased at the launch of Frontier Airlines’ new route to the Nevadan city. Highlighting their enjoyment of winning the title with some funky moves – just in time for World Routes 2016 – are the Floridian airport’s: Debbie Thomas, Marketing Coordinator; Kari Goetz, Director of Marketing; Maria Cook, Events Manager; Kenneth Strickland, Director of Air Service and Development; Greg Forrest Sr., Business Analyst; Trudy Brandvold, Marketing Administration; and Kelly Figley, Marketing Manager. 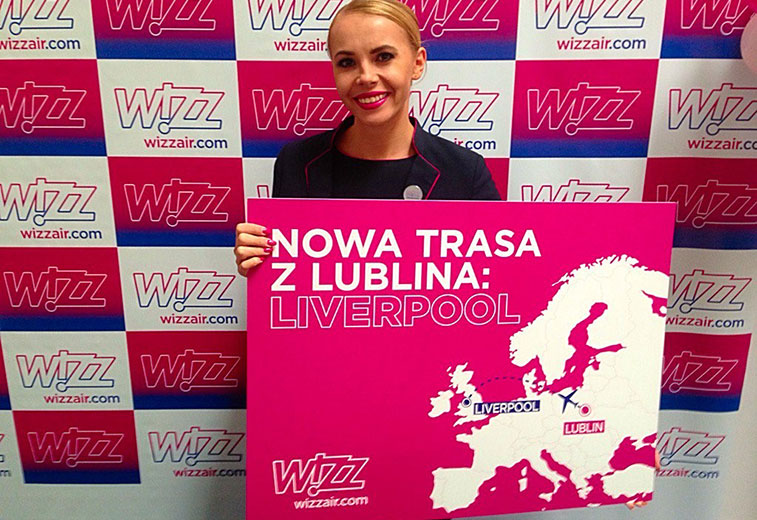 On 14 September, a year after it opened its Lublin base, Wizz Air announced its latest route from the Polish city. Already serving Doncaster Sheffield, Eindhoven, Glasgow, London Luton, Oslo Torp and Stockholm Skavsta, the ULCC will commence a route to Liverpool on 21 May next year. It is currently scheduled to be operated twice-weekly on the carrier’s A320 fleet. The airline already operates to the UK city from its Budapest, Gdansk, Katowice, Riga and Warsaw Chopin bases. On 16 September TAP Portugal celebrated the milestone of carrying one million passengers on its route between Lisbon and Belo Horizonte. To toast the achievement, a ceremony was held at the Brazilian airport which also included cake. The one millionth passenger is a frequent flyer with TAP Portugal and was travelling to Portugal with his family. He was awarded during the ceremony with 70,000 miles towards the Victoria program and an upgrade to Gold status membership of the carrier’s frequent flyer scheme. TAP Portugal launched flights to Belo Horizonte in 2008.

Although Amsterdam Schiphol has been celebrating its centenary year throughout 2016, 19 September officially marks 100 years to-the-day of its official opening. To mark the occasion, the airport invited the CEOs and board members of the airlines operating at Schiphol, including cargo carriers, for a lunch at the Amsterdam Museum and later that afternoon for a reception at the airport in the presence of His Majesty King Willem-Alexander. Delegates attending the ceremony came from as far afield as Surinam, Indonesia, Japan, China, US, Qatar, Israel and various European countries. On 20 September Istanbul Sabiha Gökçen celebrated the start of Borajet Airlines’ flights to Trieste. The route had launched on 10 September. However, due to a nine-day national holiday which took place in Turkey during that time the celebration was delayed. The link is flown thrice-weekly on the carrier’s E190 fleet. The Turkish airport celebrated with cake and a cocktail reception. Seen celebrating the new service (in the right image) are Ozgur Egilli, Borajet’s Station Manager at Sabiha Gökçen and Cem Atasoy, Cargo Manager. 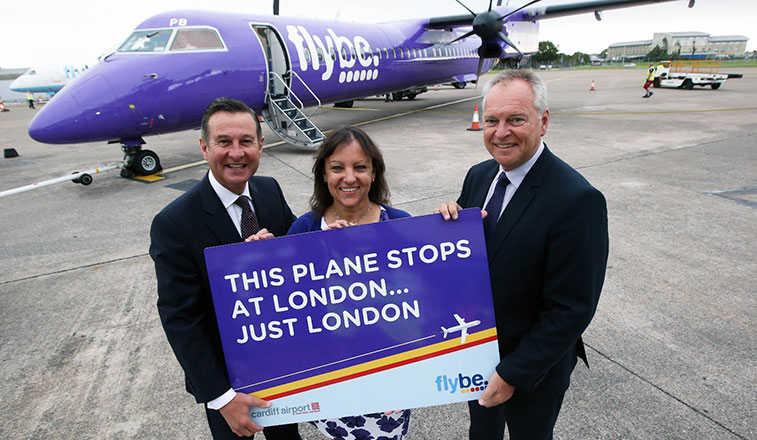 Last week Flybe came to the rescue of Welsh rail commuters to London when it stepped in to fill capacity on the connection with Cardiff while the Severn Tunnel is closed for six weeks for repairs. Flybe will offer four daily flights between London City and Cardiff airports until the end of October on its Q400 fleet. Showcasing the important temporary link between the two cities are: Roger Lewis, Chairman of Cardiff Airport; Debra Barber, MD and COO of Cardiff Airport; and Paul Willoughby, Flybe’s GM UK – South. 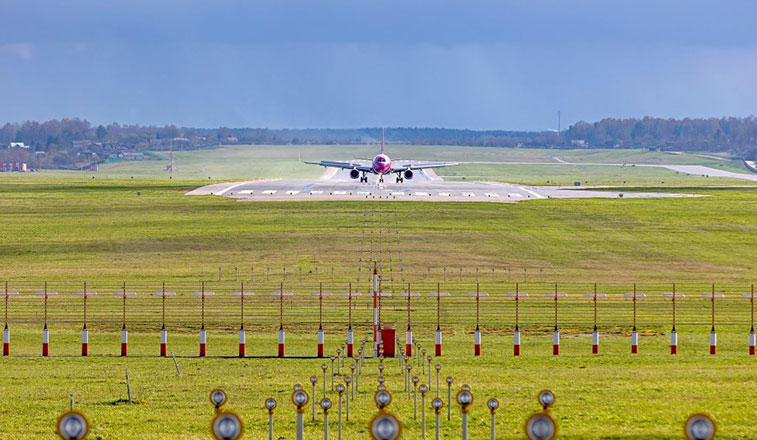 Last week Lithuanian Airports announced an additional support package to airlines wanting to develop new links to Lithuania. According to the call for tenders published by Lithuanian Airports, the air carriers are entitled to submit their tenders for launching new routes in the directions relevant to the Lithuanian population, or increasing the frequency of flights on their existing routes, until 23 October 2016. Up to €200,000 of support for reimbursement costs may be allocated to one carrier for three years. The funds may be spent by the airlines for marketing and advertising costs. The investments of the Route Development Fund are aimed at increasing the accessibility of Lithuania with direct flights, in particular, in the directions necessary for Lithuanian economic growth, development of business relations, international projects, and promotion of inbound tourism to Lithuania. At the end of 2015, slightly more than €1 million was allocated to eight airlines from the fund. Promotion of route development is based on the good practice of the Western and Northern European countries.