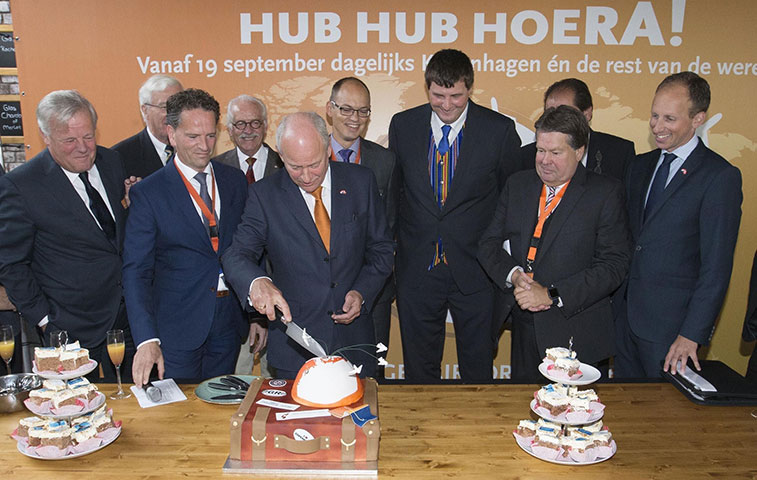 Groningen celebrated with a cake cutting ceremony the start of Nordica’s first flight to Copenhagen, the Netherlands airport’s only hub connection. The Dutch Ambassador to Denmark, Henk Swarttouw, officially declared the route open by cutting the cake. Flights, which launched on 19 September, will operate 11 times weekly. On 15 September Air India Express launched a thrice-weekly service from Chandigarh to Sharjah. This 2,167-kilometre link was the Indian airport’s first international service. A cake was produced (somewhat hurriedly?) to mark the occasion. On 15 September Air Algérie commenced flights between Algiers and Budapest, with the Hungarian capital airport welcoming the arrival of its latest carrier with traditional ribbon and cake cutting ceremonies. Seen cutting the cake in Budapest Airport’s Terminal 1 are: Mohamed Abdou Bouderbala, CEO of Air Algérie; Abdelkader Dehendi, Ambassador of Algeria; Boudjema Talai, Minister of Transport for Algeria; Péter Szijjártó Hungarian Minister for Foreign Affairs and Trade; and Jost Lammers, CEO of Budapest Airport. The 1,777-kilometre link from North Africa will be flown by the airline twice-weekly (Thursdays and Sundays) facing no direct competition. 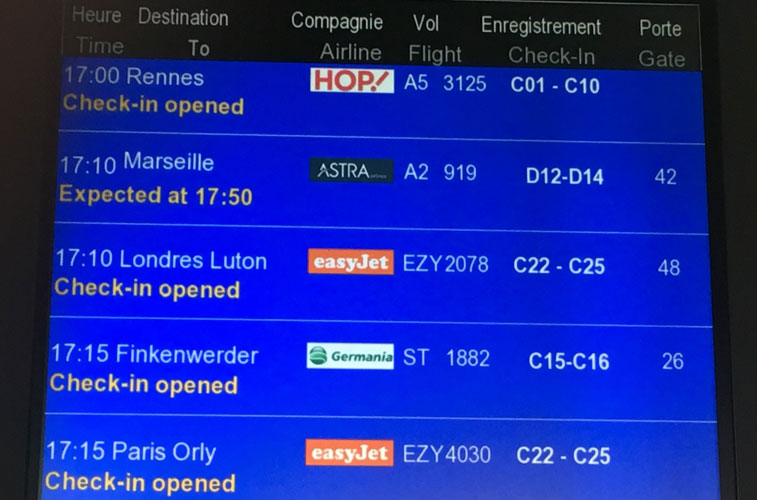 Check-in has opened for easyJet’s new service from Toulouse to London Luton, a daily service which started on 19 September. To celebrate the launch of Hong Kong Airlines’ new twice-weekly service to Yonago on 14 September all passengers were given a souvenir certificate. The route is the airline’s eighth to Japan helping to make it the third biggest carrier in the Hong Kong to Japan market. 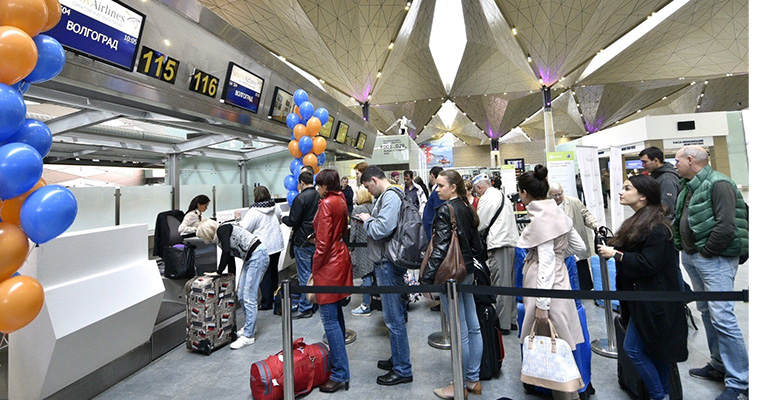 Vilnius airport celebrated the start of Ukraine International Airlines’ third route to the airport with a ribbon cutting ceremony and cupcakes. The 544-kilometre sector from Lviv will be flown twice-weekly. In Lviv traditional ribbon and cake cutting ceremonies were performed to hail the start of Ukraine International Airlines’ new route to Vilnius. The city pair, launched on 17 September, will operate twice-weekly until 12 October when a third-weekly flight will be added to the airline’s schedule.