Stuff we didn’t fit in the World Routes show dailies 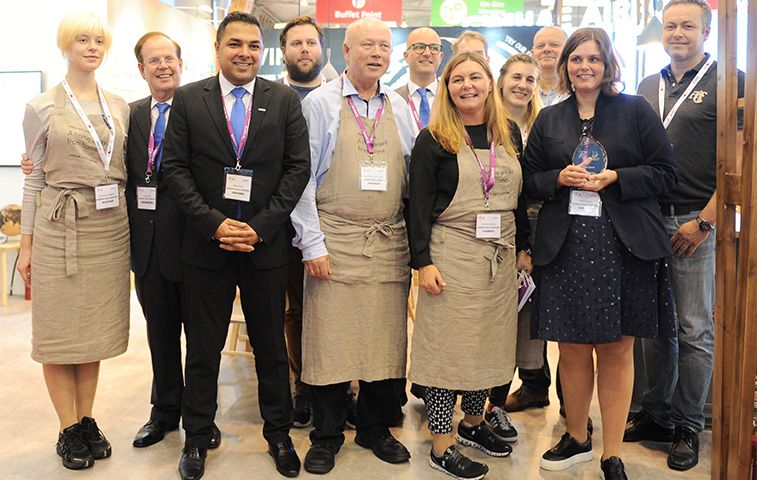 Award-winning hospitality. Avinor Oslo Airport were the first-ever recipient of the “Best Stand Award” at World Routes this week, with its take on a ‘home-from-home’ concept for delegates – Norwegian-style of course. Accepting the award, along with other stand staff were Henk Guitjens, Director Aviation Development ‒ The Americas; Majid Khan, Senior Director Traffic Development; Iver Holter-Andersen, Route Development Manager; Jasper Spruit, VP Traffic Development; Charlotte Malling, Director Traffic Development; Ulv Elbirk, Consultant Asia; and Silke Salbert, Director Aviation Marketing (with award). The introduction of a “Best Stand Award” was open to all companies exhibiting, with the idea to reward innovation and creativity. Voting was available through the Routes app, and delegates were clearly inspired with the simplicity and minimalist ascetics of the Norwegian stand (or maybe the cinnamon buns). Not only was Avinor winning awards, but it was also giving away prizes too with a raffle drawn on Tuesday for a chance to win an all-inclusive weekend for two in Oslo – tailored to suit the winner’s personal ‘perfect’ weekend in Norway’s capital city. Posing after the draw were: Majid Khan, Senior Director Traffic Development, Avinor Oslo Airport (seen pulling the winning business card, and then meeting the winner); Frank Satusky, Senior Network Planning Manager, Air Canada (the lucky winner); and Henk Guitjens, Director Aviation Development ‒ The Americas, Avinor Oslo Airport. 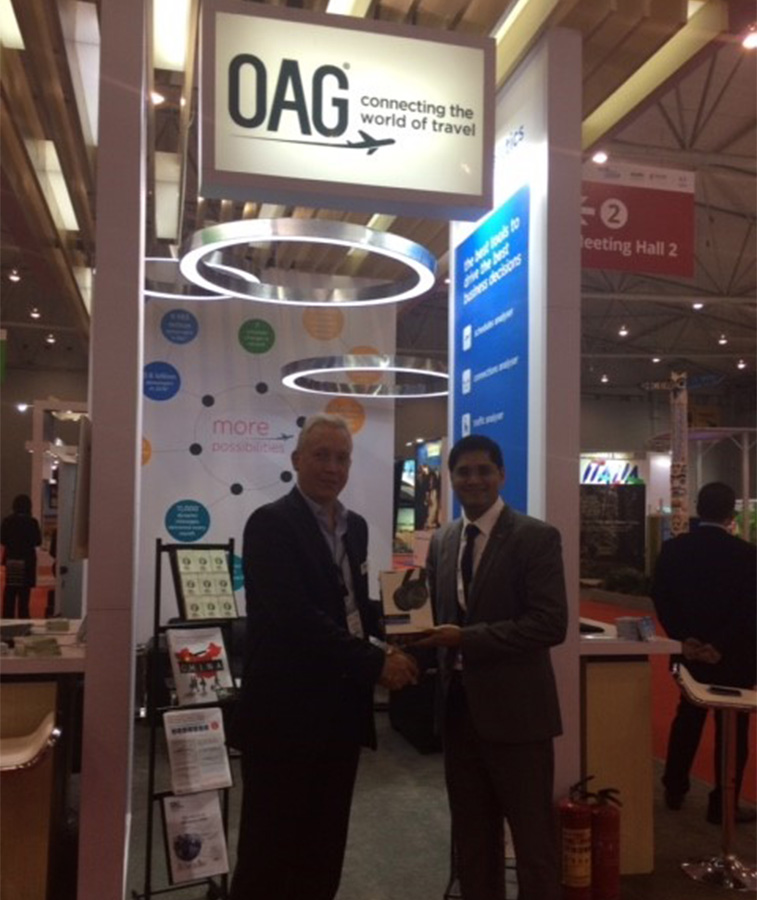 Up for grabs on the OAG stand on the Tuesday at World Routes in Chengdu was a BOSE noise cancelling headset. Presenting the prize to the lucky winner ‒ Jai Tiwari (right), Senior Analyst Aviation Marketing, Bahrain Airport ‒ was Simon Howard (left), OAG Sales Director.