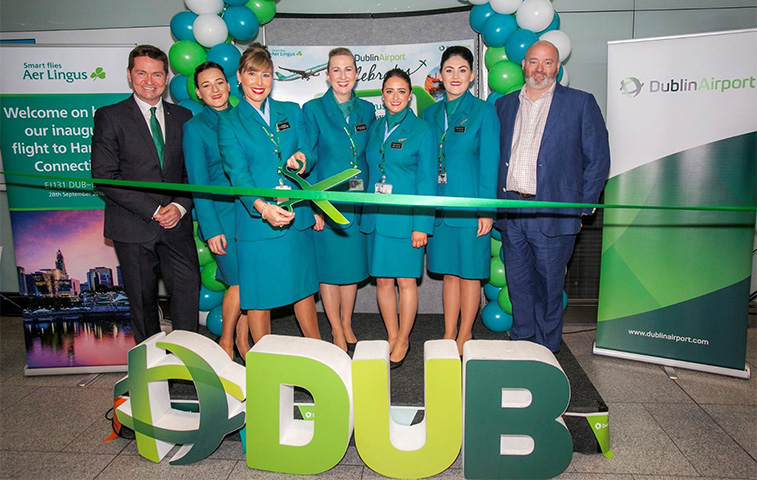 On 28 September Dublin Airport welcomed the arrival of Aer Lingus’ latest transatlantic venture, a 4,937-kilometre route to Hartford in the state of Connecticut. To commemorate the service, a ribbon cutting ceremony was held in the Irish capital. Fronting the cutting along with the crew are Declan Kearney, Director of Communications, Aer Lingus, and Paul O’Kane, Chief Communications Officer, DAA (Dublin Airport Authority). 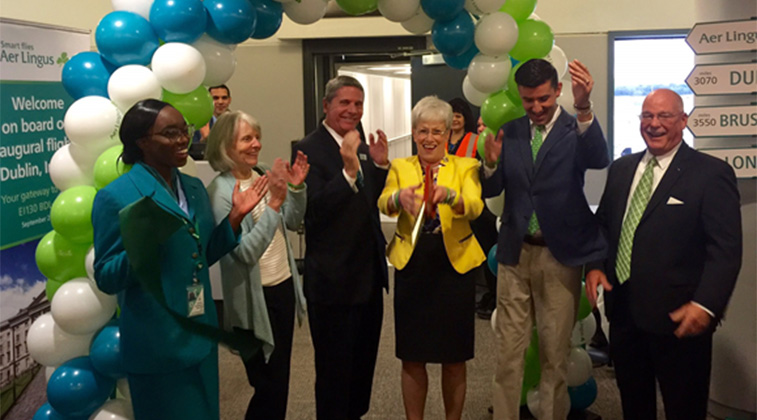 To celebrate the start of Aer Lingus flights from Dublin, Hartford Airport also had a ribbon cutting ceremony to officially open the route. Aer Lingus will initially operate four weekly flights on the airport pair, with the frequency increasing to daily from 5 October for the remainder of the summer season, with flights reducing back to four times weekly in time for the start of W16/17.