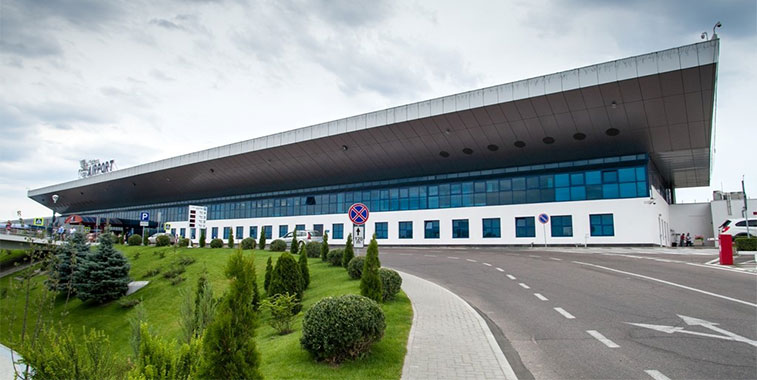 Chisinau International Airport is located at the crossroads of the trade route between Asia and Europe and it is the largest and main airport in Moldova. Its operations and management were transferred to a concession ‒ Avia Invest LLC ‒ by government decision on 1 November 2013. The airport (IATA: KIV; ICAO: LUKK) is a current member of the European region of Airports Council International (ACI), Airport Association of CIS countries, and ALFA ACI (L’association des Aeroports de Langue Francaise Associes a l’Aeroports Council International). The advantageous location and excellent transport links to the city have allowed the airport to become the perfect starting point for tourist and business flights.

The signing of the agreement for Moldova to join the Common Aviation Area in June 2012, as well as the introduction of a visa-free regime with the countries in the Schengen area in April 2014, has led to a significant increase in air traffic. As a result, in 2015, Chisinau registered a new traffic throughput record, by processing more than 2.22 million passengers, representing a 25% increase compared with the previous year.

According to ACI, the airport was classified as the European leader among airports with a passenger flow of up to five million passengers a year, as it witnessed an increase of over 34% in passenger traffic in 2014. Also, Chisinau won ‘The most dynamically developing airport among the CIS countries in 2015’ nomination for its great efforts and investments made in 2015.

Currently, the airport is undergoing the process of modernisation and development, and the results of the investment is already visible and felt by its passengers. Today, all of Chisinau’s passengers can enjoy a new, modern and well-organised terminal. The expansion and full renovation of the terminal resulted in the increasing of its capacity from 420 to 750 passengers per hour, and at the same time providing airport users with a comfortable stay.

For all visitors and residents of Moldova, in order to feel cosy and comfortable in the check-in area of the terminal, several upgrades were made, including: an extension of the area up to 1,100m²; increasing the number of check-in counters up to 18; and the number of passport control points rising up to six, which are served by 12 border policemen. The airport has also introduced a new baggage handling system, and it has installed a modern lighting and air-conditioning systems.

Additionally, the departure area was completely upgraded and widened up to 900m². Today, the departure hall has an elegant and modern appearance, decorated with a vertical garden ‒ a unique place which draws admiration from the airport’s passengers. The live panel contains more than 1,000 plants, which, as a whole, represents a magnificent view. Furthermore, the number of gates and the security checkpoints has been increased, which has had a positive impact on throughput. 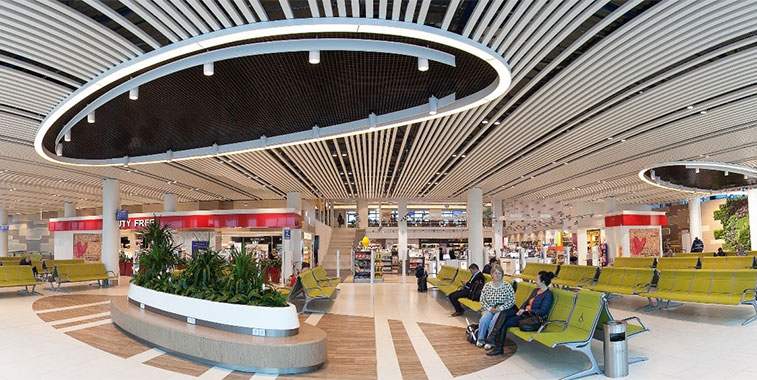 Much of Chisinau International Airport has been modernised and refurbished, giving the facilities a more contemporary feel. During the process the airport’s management has worked hard to minimise the impact of the works on its passengers and serving airlines.

Along with the works on the expansion and reconstruction of the terminal, all technological systems and networks were completely updated in order to ensure the effective functioning of the airport terminal. As a result, the check-in process became easier and more comfortable, and the performance of the passenger control for ensuring the aviation security became more effective and faster, both on departure and arrival. The process is conducted in strict accordance with the international standards of aviation security.

In front of the airport terminal, the biggest multi-level car park in Moldova has been built, consisting of four levels with a parking capacity for 800 cars. The building of the airport’s car parking was recognised as ‘The Best Building of 2015’ in the annual competition of the Union of Architects in Moldova. Finally, intensive works are also being done on the airfield, covering an area of more than 500,000m², including development of the runway, apron and taxiways.

Given the modernisation works which are being carried out in the airport terminal, the management of Avia Invest LLC is taking all the necessary measures to maintain comfortable conditions for its passengers. Also, for the convenience of its airlines, and taking into account the works executed on the airfield, a series of measures have also been taken to ensure the smooth operational activity of the airport within the framework of the approved seasonal flight schedule.

The modernisation and development of the entire airport infrastructure, as well as the introduction of effective policies to attract airlines, have been leading factors in the opening of new routes and the increased frequency of flights on existing routes.  As a result, in 2015 and early 2016, six new airlines were attracted to Chisinau: LOT Polish Airlines; Ural Airlines; VIM Airlines; Volotea; Aegean Airlines; and Fly One. Among the new destinations on the airport’s routes map were: Parma, Voronezh, Florence and Brussels. There were also significant frequency increases on many of the airport’s existing routes. Currently, 15 airlines are operating flights to 38 destinations in 17 countries at Chisinau.

The airport administrator, Avia Invest LLC, actively promotes not only the potential of the airport, but also the image of the whole country, attending the most important international route development conferences in an effort to attract new partners. As a result of airport’s participation at the most important aviation forums in the world, (in 2015 and 2016 these included Routes Europe, Routes Silk Road and World Routes), Chisinau was nominated for the first time by experts in the ‘Routes Europe Marketing Awards 2016’. This nomination is one of the most prestigious awards in the aviation world, and represents the recognition of the high quality marketing services, in accordance with the airlines’ requirements.

Raising the level of passengers’ and airlines’ satisfaction, as well as the quality of services, are the main objectives of Avia Invest LLC. The airport administrator seeks to implement the most effective solutions so that Chisinau remains one of the most modern and safest airports in the region. 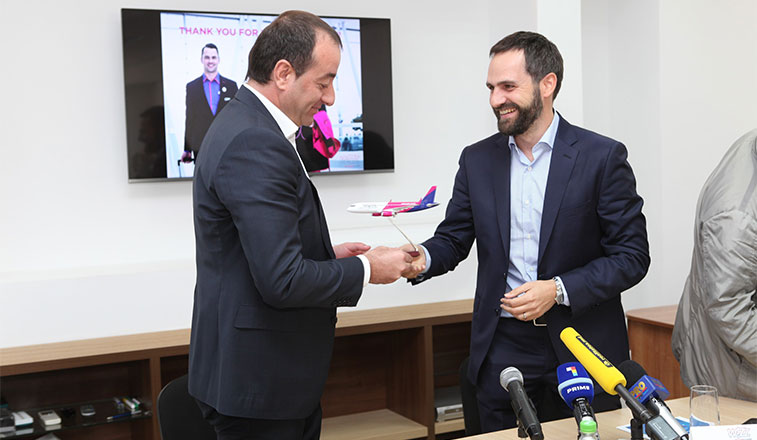 Revealed on 5 October, Wizz Air has announced that it will open its 26th base at Chisinau International Airport from March 2017. Initially stationing one of its A320s at the airport, the ULCC will also add two new routes – to Berlin Schonefeld and Barcelona. Receiving the gift is Petru Jardan, GM for Avia Invest LLC, while handing over the replica aircraft is George Michalopoulos, Wizz Air CCO.