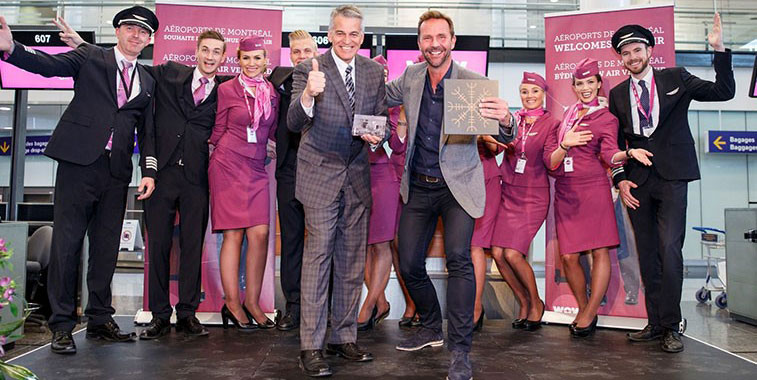 Seats to Canada from Reykjavik/Keflavik Airport have grown faster than any other country market over the last 12 months, up by 138%, helped in part by the introduction of new routes like Montreal, which WOW air commenced on a four times weekly basis on 4 May. The airport’s traffic is on course to break 6.5 million passengers in 2016.

Reykjavik/Keflavik Airport (KEF) is the busiest in Iceland, acting as it does as the main international gateway on the mid-Atlantic island. The capital city is also served by Reykjavik Airport (RKV), one of the seven other airports on Iceland with commercial flights, according to OAG schedules data for the week commencing 7 October. Keflavik offers a network of 61 non-stop destinations (up from 49 last year – having added San Francisco, Chicago O’Hare, and Los Angeles in the US, Jerez and Gran Canaria in Spain, Aberdeen and London Stansted in the UK, Montreal in Canada, Paris Orly in France, Stockholm Vasteras In Sweden, Budapest in Hungary, Vienna in Austria and Palermo in Italy) across 19 countries, which are operated by 15 serving airlines (up from 10 a year ago). The five new carriers now included in Keflavik’s line-up are Delta Air Lines (New York JFK, four times weekly), British Airways (London Heathrow, thrice-weekly), Transavia (Paris Orly, twice-weekly) Air Iceland (Aberdeen, four times weekly), and NIKI (Vienna, twice-weekly). 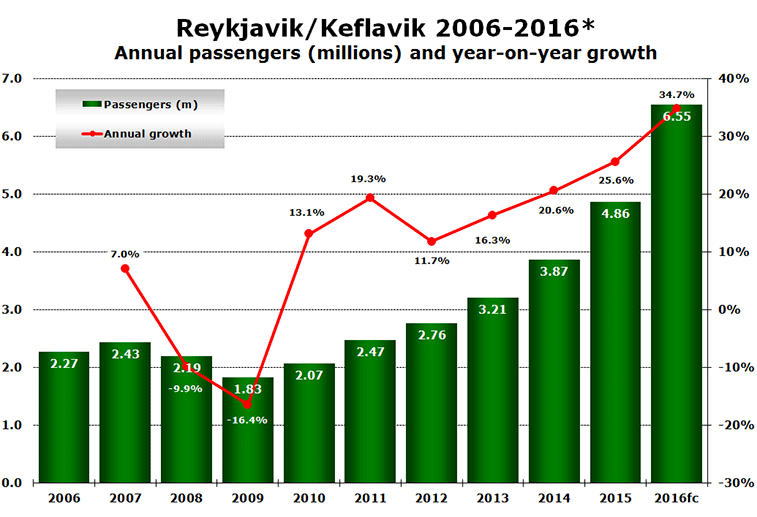 To say that passenger traffic to Keflavik has exploded over the last two years is perhaps in bad taste given the chaos caused to the aviation industry when Eyjafjallajökull erupted in 2010 (and with recent rumblings from Iceland’s biggest volcano Katla), but it has exploded, with 2014 and 2015 both increasing by more than 20%, and with 2016 set to deliver an even higher growth rate. Passenger figures for this year (January to August) have averaged nearly 35% growth in monthly statistics when compared to the corresponding months of 2015. As a result, the airport should not only pass the five million passenger barrier (it has already processed 4.5 million so far this year), but the six million milestone looks set to be smashed too, with anna.aero’s data elves forecasting an annual figure of around 6.5 million.

Entering Keflavik’s monthly passenger data for 2015 into anna.aero’s Seasonal Variation in Demand (SVID) calculator, the airport does not performs well, generating a score of 16.52 ‒ a ‘Poor’ rating ‒ making it the one of the worst airports of the close to 50 reviewed so far during 2016. Claiming 43rd spot, it nestles in between two UK airports – Newcastle and East Midlands. However, looking at the airport’s SVID result for 2014, Keflavik’s performance has improved in the last 12 months, with its score decreasing from the more peaky traffic profile of 17.40 attained in the previous year.

As the main airport in Iceland, there are no other facilities on the island to which Keflavik can be easily compared. Consulting anna.aero’s extensive European Airport Traffic Trends database, which has over 340 airports listed, the airport has therefore been compared to two European airports of similar size – Belgrade (4.78m passengers in 2015) and Fuerteventura (5.02m). These two airports were selected for different reasons – one was a fellow capital city airport (Belgrade), while the other was the main airport on a destination island (Fuerteventura). Both outperformed Iceland’s biggest airport on the SVID metric, but neither are growing as fast as Keflavik (Belgrade registered 3.0% growth in 2015; Fuerteventura 5.5%), nor act as transfer hubs, which may go some way in explaining the variance between the three.

The burgeoning hubs of Iceland’s two biggest airlines at Keflavik – mainline carrier Icelandair and LCC WOW air – are the main drivers to the airport’s recent phenomenal growth, with the former growing 35% year-on-year, while the latter has increased its capacity by a staggering 122%, due in some part to the arrival of its A330s earlier this year. To give an indication of how quickly WOW air has grown, in the same week during 2013 (its first full-year of operation), the LCC offered just 4,350 weekly seats (12% share at Keflavik) ‒ it is now nearly four times bigger and has a 22% share of weekly seats. While Icelandair’s share of the airport’s capacity has dropped from 79% to 60% over this time, it has added over 19,000 weekly seats in the last three years, meaning it has very nearly grown by 70%. 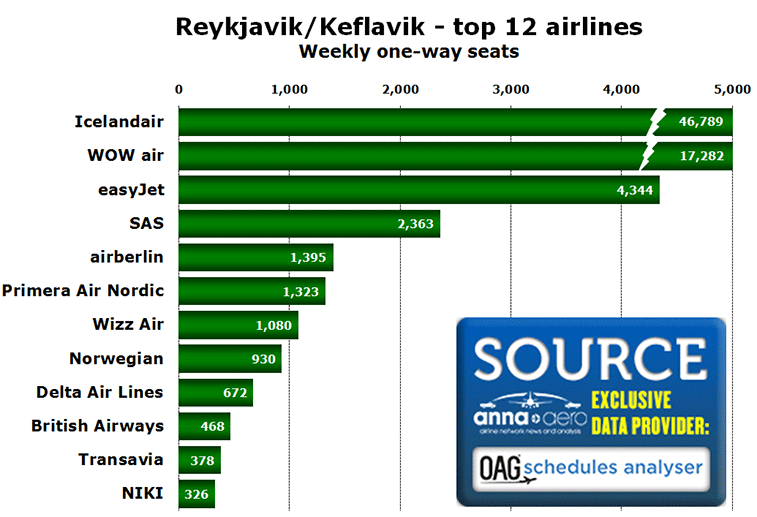 Apart from the five new airline entrants previously mentioned, the fastest growing carrier at the airport is ULCC Wizz Air, which has increased by 200% since last October. Amongst the top eight airlines, all of which operated into Keflavik a year ago, only Norwegian has not posted any capacity growth over the past 12 months, electing to keep its weekly seats static. Vueling and Greenlandair, which formed part of last year’s top 10 airlines, are still present at the airport, but have since been ousted from the top ranked carriers in October 2016.

The fastest growing country market over the past 12 months has been Canada, which has witnessed an extra 10 weekly frequencies to Toronto Pearson, as well as a Montreal being added as a new destination, to produce a 138% annual growth in weekly seats. This increase was substantially more than that experienced by the #2 and #3 fastest growing markets – France (+87%) and Sweden (+81%). Only one of the top 12 country markets did not register a double-digit spike in capacity, that being Norway (+9%). 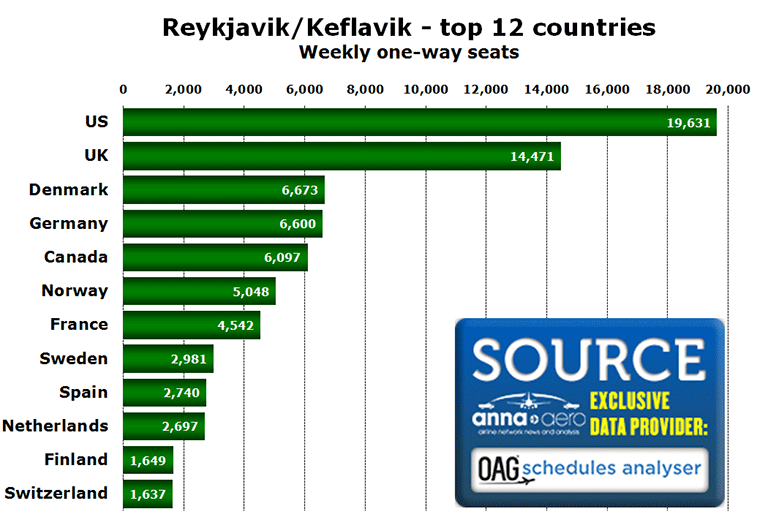 There are 19 country markets being served from Keflavik this October, up from 16 a year ago. The three country markets which have been added over the last 12 months are Austria (Vienna, twice-weekly), Hungary (Budapest, twice-weekly) and Italy (Palermo, weekly). The top two destinations – the US and the UK – have both grown rapidly over the past year, with the former rising by 63%, while the latter increased by 35%.

Philly and Tampa to come

These impressive growth figures for Keflavik show no signs of stopping. As well as recently announcing capacity growth across many of its existing European and North American services, Icelandair has revealed plans last week for further additions to its US network. From S17 it will start seasonal, four times weekly operations to Philadelphia, as well as twice-weekly, year-round flights to Tampa. Other network growth includes: 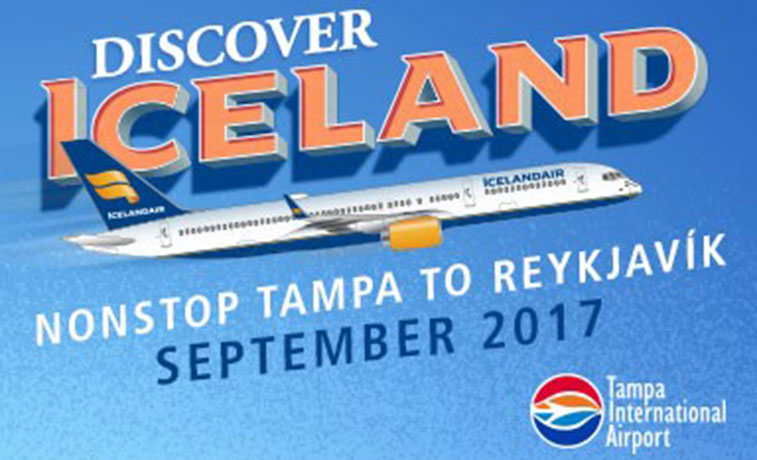 Icelandair will begin two new US routes from Reykjavik/Keflavik Airport next summer, a seasonal service to Philadelphia, as well as a year-round operation to Tampa. With extra frequencies on US existing routes next summer too, the airport’s biggest country market looks set to maintain its commanding position.