San Jose has welcomed two Chinese services in the last two years. On 1 September 2016, the Californian airport welcomed non-stop flights to Shanghai with Air China, while back in June 2015 Hainan Airlines began services from Beijing. In the last two years the number of services linking US and Chinese airports has grown by almost 50% from 33 to 49.

Non-stop air services between the world’s two busiest aviation markets, the US and China, have grown rapidly in recent years. Between 2006 and 2016 the number of seats on services between the two countries has grown almost fourfold from 1.2 million to almost 4.5 million. In eight of the last 10 years, capacity has increased by more than 10%, with growth surpassing 20% in 2014 and 2015. As a result, capacity has grown by an impressive 80% in just the last three years. In addition, the number of services offered by airlines has grown from 11 in August 2006 to 46 in August 2016 and 49 in October 2016. 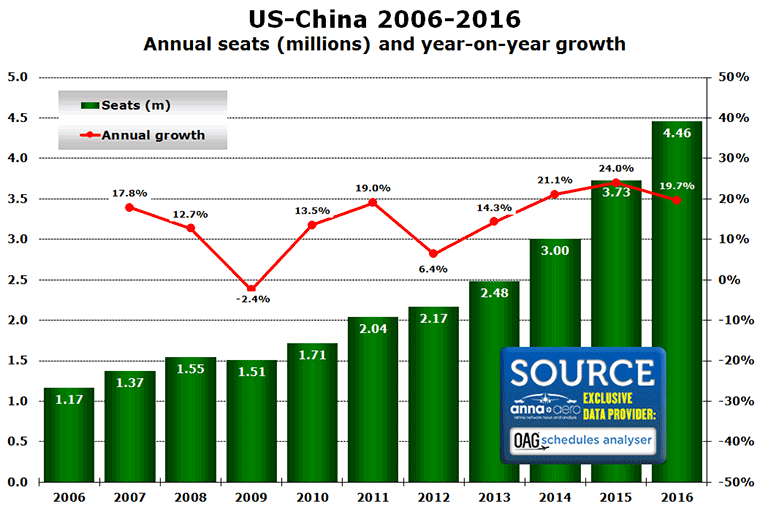 The 49 services involve nine airlines (four US and five Chinese) operating across 13 US airports and 11 Chinese airports. The newest airline to connect the two global superpowers is Xiamen Airlines which began operating non-stop between Shenzhen and Seattle-Tacoma on 26 September.

The leading airline in terms of weekly flights between the US and China is currently United Airlines with 65 weekly flights, just beating its Star Alliance partner Air China with 63. With a total of 128 weekly departures the Star Alliance carriers just beat the combined total of 115 from the SkyTeam carriers (China Eastern Airlines, China Southern Airlines, Delta Air Lines and Xiamen Airlines). The only oneworld carrier in the market is American Airlines which operates just 30 flights per week. United Airlines also leads the way with the most routes, 11. Of the 311 weekly connections between the two countries 188 (60%) are operated by the five Chinese airlines 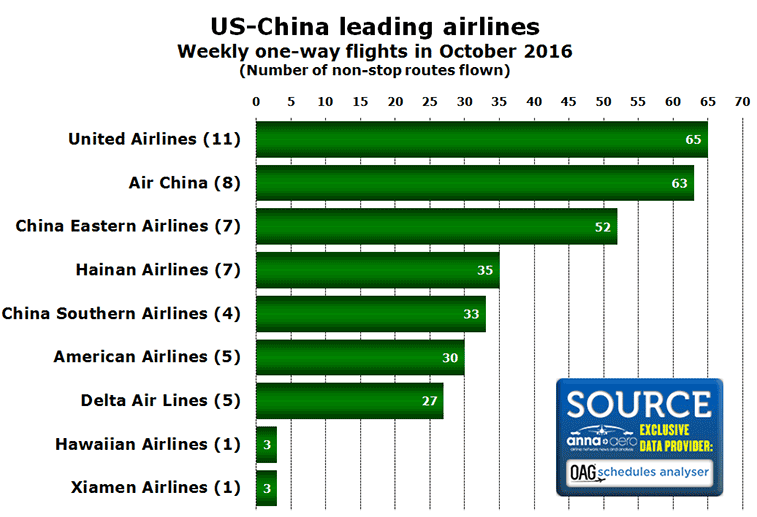 The leading US airports for Chinese connections are San Francisco and Los Angeles in California, while New York JFK and Chicago O’Hare are fighting for third place. A total of 13 US airports have direct service to China. Notably missing from the list are Atlanta, the world’s busiest airport, Denver, and any airports in Florida. Las Vegas is another airport not currently featured, but Hainan Airlines recently announced that it would start a thrice-weekly service from Beijing to the gaming capital of the world at the beginning of December. 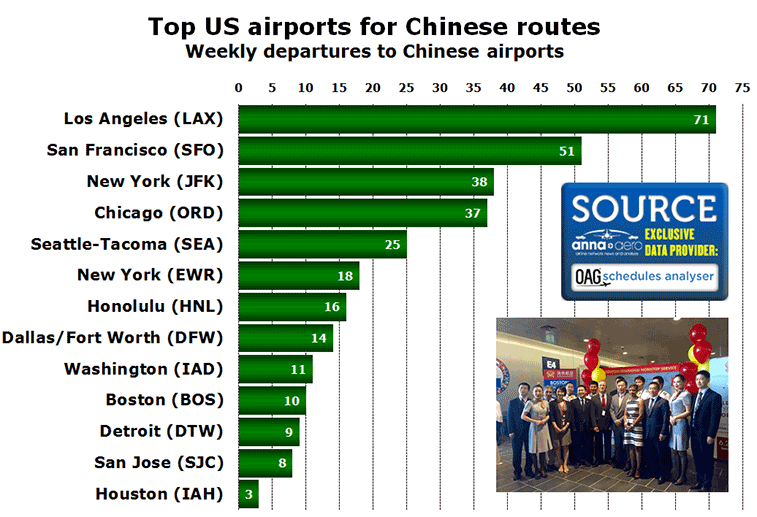 Although 11 Chinese airports have non-stop service to a US airport, only three of the airports have more than three flights per week. Beijing and Shanghai Pudong account for 83% of all flights to the US from China, with Guangzhou getting a further 10%. 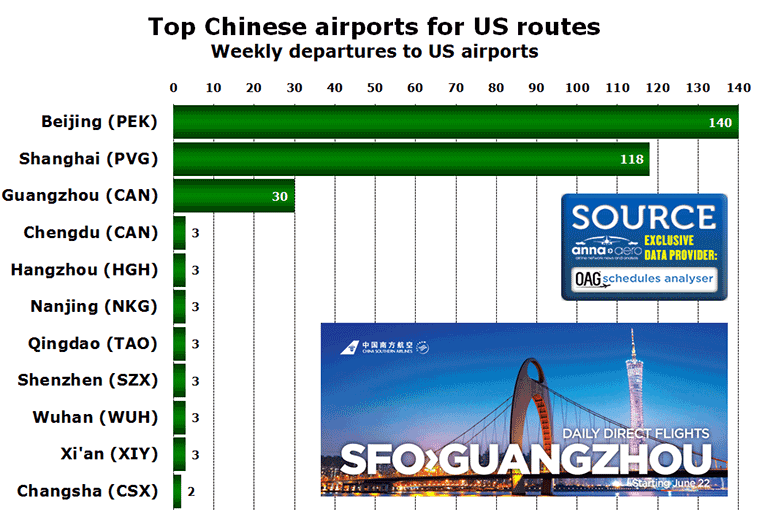 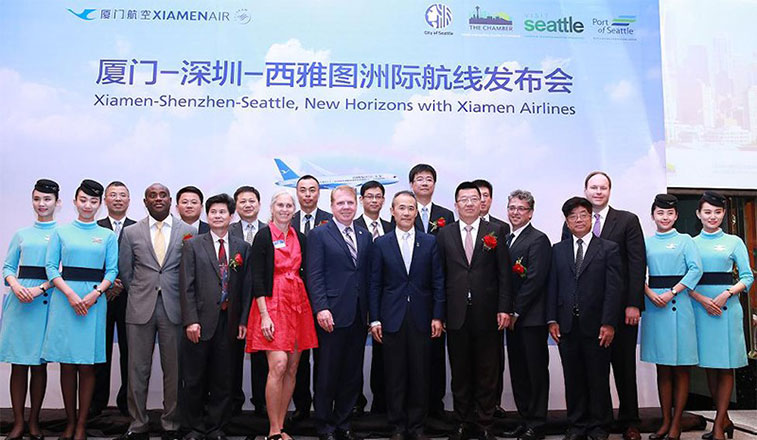