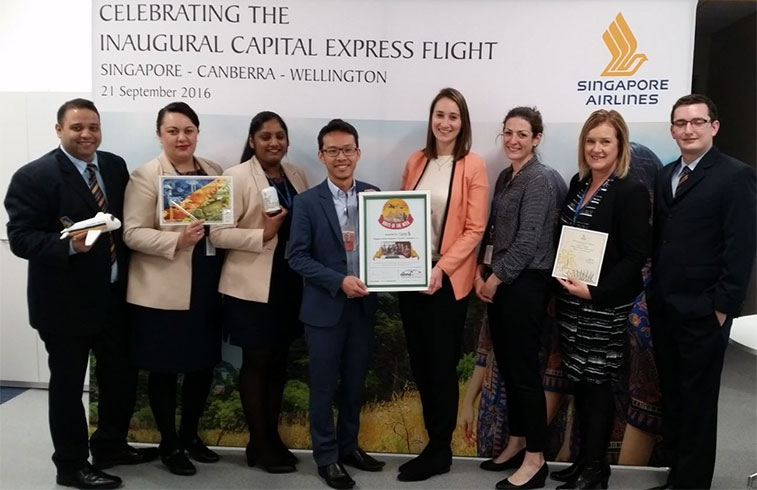 This week Singapore Airlines celebrated the honour of winning anna.aero’s Route of the Week title, given to the airline in recognition of its new Capital Express service linking its home hub to Canberra and Wellington. With this route, Singapore Airlines is also the only carrier to connect the capitals of Australia and New Zealand. Seen showcasing the award are the airline’s Derek Ngoh, Station Manager, Wellington, and Kate Mayo, Manager Wellington & South Island, along with the operations and sales team based in the New Zealand capital. Along with the certificate, the team are also showcasing mementos from the first flight. These include: a limited-edition print to celebrate the route, which was designed by multi-Academy Award-winning film effects studio Weta Workshop; a limited-edition beer specially created for the occasion by local craft beer company, the Garage Project (it consisted of a pilsner made from New Zealand and Australian hops, brewed with lemongrass, tamarind and jasmine to evoke the flavours of Singapore); and the inaugural flight certificate that was handed to the first passengers. 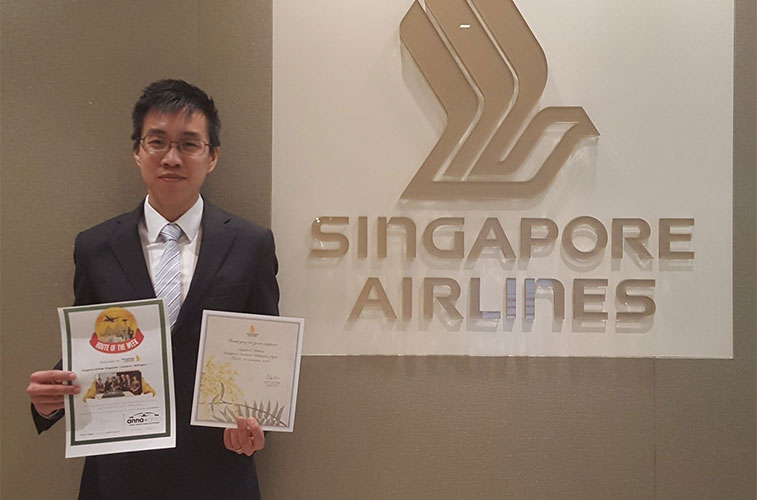 The Route of the Week win was also celebrated in Australia by Chin Yu Tan, Manager Australian Capital Territory for Singapore Airlines. He is seen holding the award along with an inaugural flight certificate at the airline’s Sydney office. 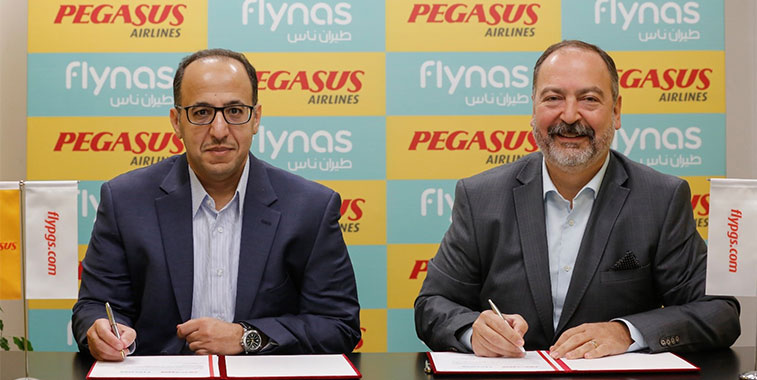 This week Pegasus Airlines and flynas signed a codeshare agreement. The leading low-cost carriers of Turkey and Saudi Arabia, signed an agreement that will allow Pegasus passengers to fly to Riyadh and Jeddah via Istanbul Sabiha Gökçen, while flynas guests travelling from Riyadh and Jeddah can fly to Adana, Ankara, Antalya, Hatay and Trabzon via Sabiha Gökçen. Seen signing the codeshare agreement are flynas CEO Bander Al Mohanna, and Pegasus Airlines CEO Mehmet Nane. 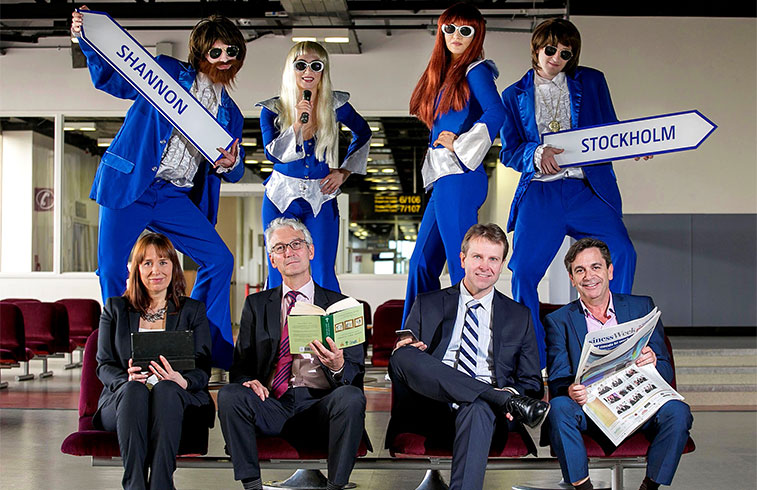 On 11 October Shannon Airport welcomed the news that SAS will commence twice-weekly seasonal flights from Stockholm Arlanda next summer. Flights will begin on 1 August and run through till 7 October, with the Star Alliance member utilising CRJ 900s and a mix of its 737s on the route. Seen welcoming the news at the Irish airport, along with “ABBA”, are: ; Isabel Harrison, B2B Manager, Shannon Airport; Alan Sparling, MD of GSA for SAS, Ireland; Matthew Thomas, CEO of Shannon Airport; and Declan Power, Head of Aviation Development, Shannon Airport.