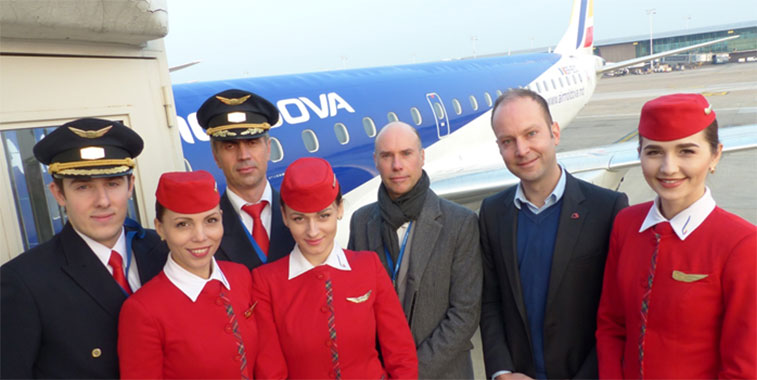 On 11 October Air Moldova commenced flights to Brussels from its Chisinau base, with this becoming the only link between the capitals of Moldova and Belgium. Posing with the inaugural crew of Air Moldova’s first flight to Brussels are Marcel Moulijn, Air Moldova Supervisor, and Jan Van de Reyd, Aviation Marketing Manager, Brussels Airport.