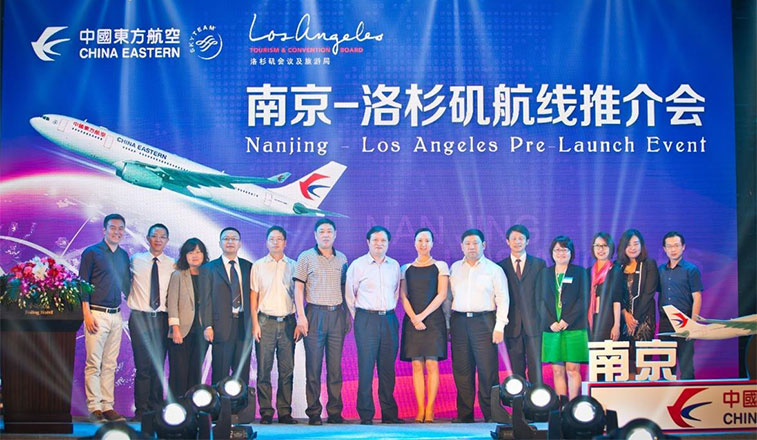 China Eastern Airlines launched non-stop service between Nanjing and Los Angeles on 30 June 2015. At 10,564 kilometres, the route is the longest served non-stop from the Chinese airport which is set to pass the 20 million passenger milestone in 2016.

Nanjing Lukou International Airport is set to become the 12th Chinese airport to handle 20 million passengers in a single year. Last year the airport handled almost 19.2 million passengers, an increase of 17.7% on 2014, and according to the airport’s website traffic in the first half of 2016 has grown by 17.4% to over 10.6 million. Nanjing, located some 300 kilometres west of Shanghai, has a population of some eight million people and is the capital of the Jiangsu province. Passenger numbers at the airport have more than doubled in the last seven years. As recently as 2003 the airport, which opened in 1997, was handling just 3.5 million passengers. According to OAG data 89% of the airport’s seat capacity in 2015 was on domestic routes while a further 5% was to Hong Kong and Taiwan. For 2016 the domestic share is virtually unchanged but the Hong Kong/Taiwan share has fallen slightly to 4%. 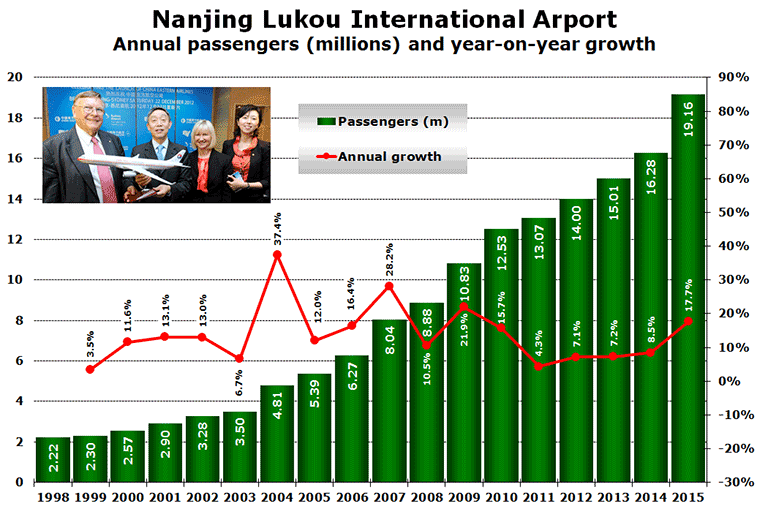 This summer some 40 airlines are serving Nanjing. SkyTeam member China Eastern Airlines is the biggest carrier at the airport accounting for around 26% of weekly seat capacity. Star Alliance carrier Shenzhen Airlines is second with around 13% of seats followed by another SkyTeam carrier in the form of China Southern Airlines with 12%. Not surprisingly the top 15 airlines are all based in mainland China. The leading non-Chinese carriers are Dragonair, Hong Kong Airlines and Thai Lion Air, each of which operates two daily flights to the airport. Thai Lion Air is one of several new carriers to serve the airport in the last 12 months. Other recent additions to the airport’s list of carriers are 9 Air, Colorful Guizhou Airlines, Fuzhou Airlines and Juneyao Airlines. Other foreign carriers serving Nanjing include Air Macau, Asiana Airlines, Korean Air, Lufthansa, NokScoot, Scoot and Thai AirAsia. 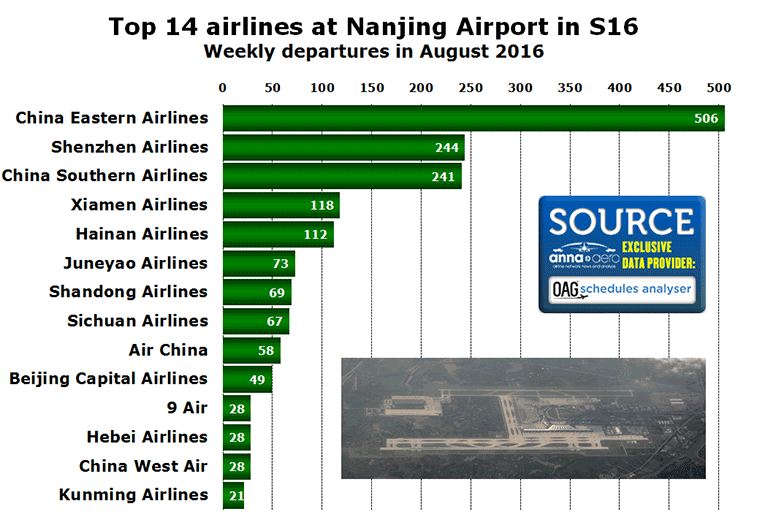 The top 15 destinations from Nanjing are all served with at least seven daily flights. The busiest route is the 1,077-kilometre sector to Guangzhou which is served with 18 daily flights operated by five carriers. Impressively, 14 of the top 15 routes are served by at least five different airlines, the exception being Beijing, which is only served by Air China and China Eastern Airlines. According to OAG data a total of 72 destinations were served non-stop in the first week of August. 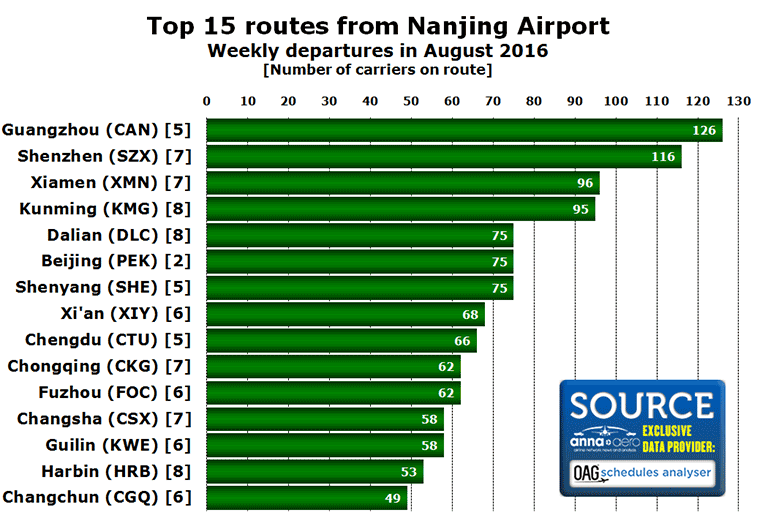 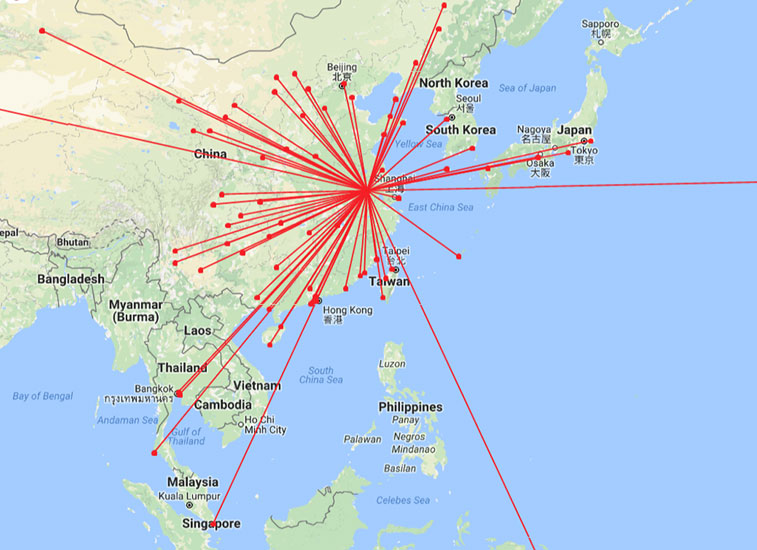 Almost 90% of Nanjing’s seat capacity is on domestic services. The three routes whose final destination cannot be seen on this map are Frankfurt, Los Angeles and Sydney. At present there are no regular scheduled services to Cambodia, Indonesia, Malaysia, Myanmar, the Philippines or Vietnam.

Nanjing Lukou International Airport was China’s fastest-growing major airport in 2015 with passenger numbers up almost 18% to 19.2 million. The airport has reported growth of 17% in the first half of 2016 suggesting it may once again be growing faster than all other major Chinese airports. The new terminal and second runway shown in the artist’s impressions from the airport’s website actually opened in July 2014, just in time for the Youth Olympic Games which were held in Nanjing from 16-28 August 2014.N