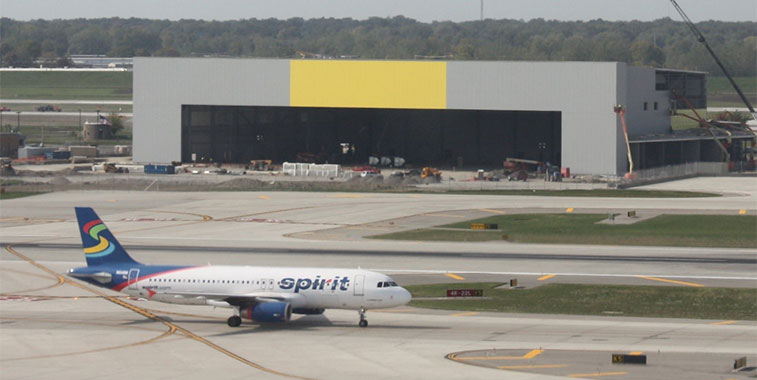 Spirit Airlines is constructing a major maintenance facility at Detroit Metropolitan Wayne County Airport. The ULCC once had its HQ at the airport and is the second biggest carrier at the Michigan airport, though well behind Delta Air Lines. This summer Spirit served 20 destinations from Detroit. On 19 of the routes the carrier faced direct competition.

Spirt Airlines is currently the seventh biggest carrier in the US domestic market, ranked between JetBlue Airways in sixth place and Frontier Airlines in eighth place. With a fleet of 91 narrow-body Airbus aircraft the self-styled ULCC operates from over 50 airports across the US, Central America and the Caribbean. Detroit Metropolitan Wayne County Airport has been a major base for Spirit since the earliest days of the carrier. Its ranking among the airline’s busiest airports varies on a month-by-month basis between third and sixth, but is clearly smaller than either Fort Lauderdale or Las Vegas. 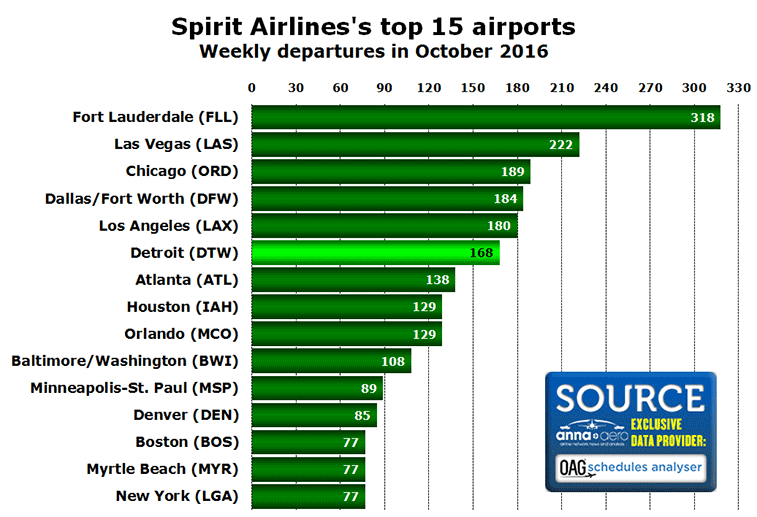 While Delta Air Lines is the dominant carrier in Detroit with almost three-quarters of all scheduled seat capacity, Spirit is the second biggest carrier with around 7% of seat capacity, ahead of American Airlines, Southwest Airlines and United Airlines. 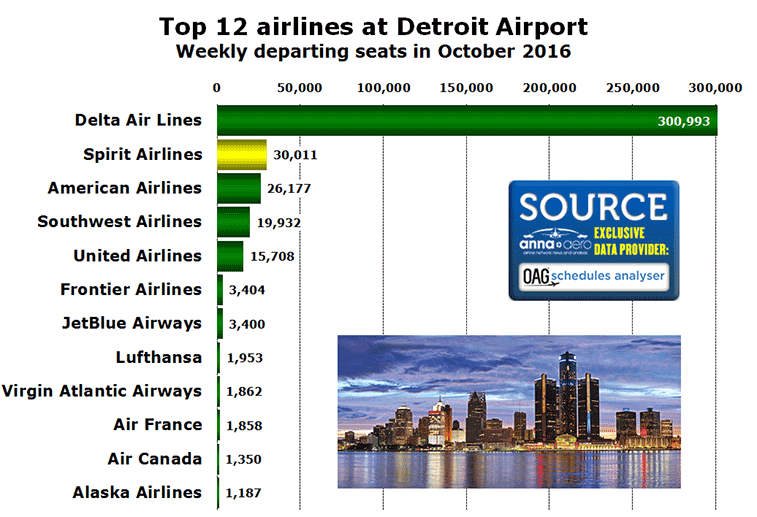 In the last decade Spirit has served 24 destinations non-stop from Detroit, only one of which, Cancún, is outside the US. Four airports are no longer served; Chicago O’Hare, San Francisco, Washington Reagan and West Palm Beach. Routes launched since the beginning of the decade are:

The addition of new, daily services to Baltimore/Washington and Philadelphia back in April took the carrier’s network of destinations at the airport to 20 this summer. At 655 kilometres and 727 kilometres respectively these routes are the shortest currently served from Detroit by the ULCC. Atlantic City, Boston and Minneapolis-St. Paul are not served year-round meaning that Spirit operates just 17 routes from Detroit in W16/17.

Only one of Spirit’s 20 routes does not face direct competition, the route to Atlantic City. Delta competes on all of the ULCC’s other routes, while on 11 routes at least one other carrier is also competing. The most competitive route is to Denver where passengers have a choice of five carriers in total; Delta, Frontier, Southwest, and United as well as Spirit. 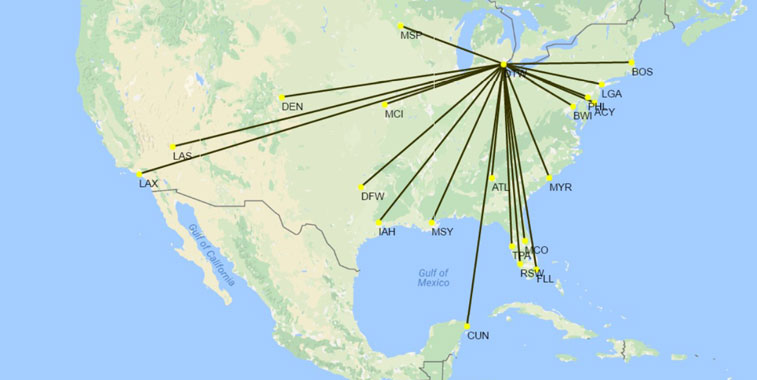 Spirit Airlines’ 20 routes from Detroit in S16 featured only one international route, to Cancún in Mexico. However, the longest sector was to Los Angeles in California at 3,175 kilometres. A total of four destinations are served in Florida; Fort Lauderdale (the airline’s current HQ), Orlando, Southwest Florida (Fort Myers) and Tampa.