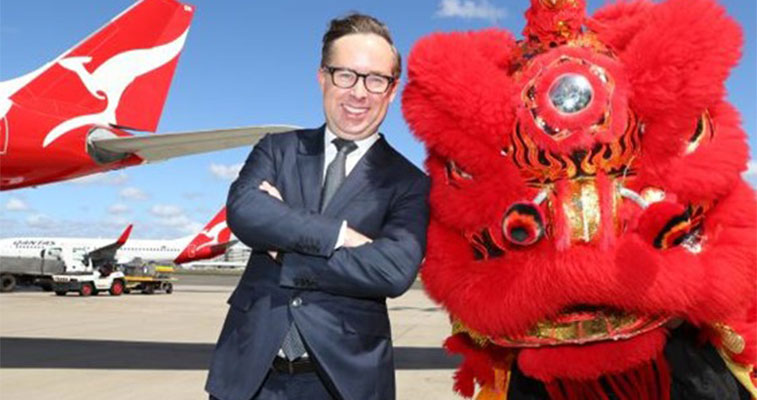 In mid-October, Qantas CEO Alan Joyce announced that from January the airline will begin flights between Sydney and Beijing. China is currently Qantas’ eighth largest international market, with it currently serving Shanghai Pudong from its largest airport operation – Sydney. In 2015 the airline flew 9.5% of passengers between Australia and China.

Qantas is the third oldest airline in the world after KLM and Avianca, having been founded in 1920 (it will celebrate its 96th birthday in November). The name Qantas is an acronym of its original moniker, Queensland and Northern Territory Aerial Services, and it is nicknamed “The Flying Kangaroo”. The airline’s first aircraft was an Avro 504K and it was purchased for £1,425. As of October 2016, the airline has grown its fleet to 117 aircraft, made up of: 18 A330-200s; nine A330-300s; 12 A380s; 67 737-800s; and 11 747-400s according to ch-aviation data. If you take into account QantasLink and the airlines that operate for Qantas’ regional arm, it encompasses a fleet of nearly 200 aircraft.

For the first five months of this year (May 2016 latest data available), Qantas carried 11.5 million passengers, a growth of 4.7% when compared to the same period of 2015. Domestic traffic accounted for 77% of that total, with the airline carrying 3.4% more passengers in the market than it did in the same five-month period last year. International traffic rose 9.2%, accounting for 23% of Qantas’ total traffic during that time.

OAG schedules show that Qantas’ annual one-way seat capacity in 2016 has grown 1.4% when compared to 2015, with the airline reporting just under 40 million departing seats. Looking at the airports which Qantas serves, one thing that is evident is the domination in capacity at the carrier’s top three – Sydney (23% of airline’s annual seats), Melbourne (16%) and Brisbane (14%). Sydney, thanks to a 3.9% growth in capacity, now offers over nine million one-way seats with Qantas.

The carrier’s largest international airport is Dubai, with it having overtaken Los Angeles during the past year to clinch the number one spot. It has welcomed a 1.7% increase in seat capacity during the 12 months analysed, and the airport coincidentally occupies 1.7% of the airline’s departing seats this year. One of the main results of Qantas’ near-16% drop in seat capacity to Los Angeles is due to its reduction of flights to the Californian hub from Sydney. The reason for the cut in Qantas flights is due to American Airlines launching an operation between the two airports last year, with Qantas codesharing with its oneworld partner on the route. Highlighted in light green are the three airports within Qantas’ top 12 that are reporting drops in capacity by the carrier in 2016. 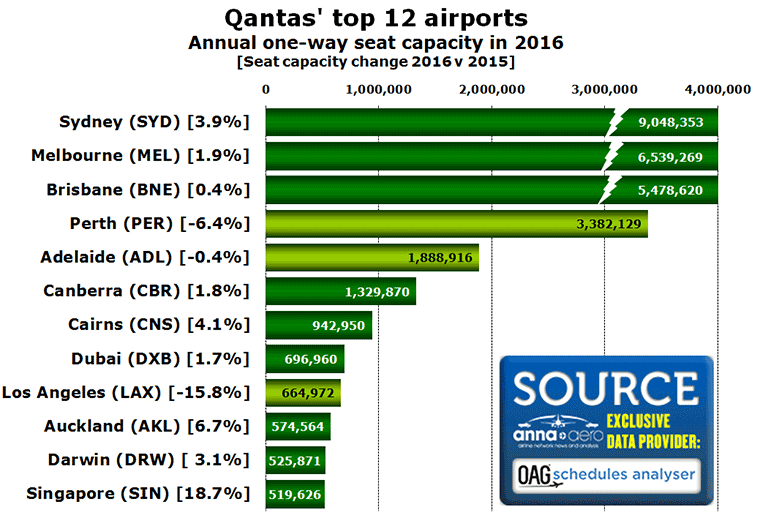 Outside of the top 12 airports, 29 are reporting drops in capacity. The airline serves a total of 81 destinations, one less than in 2015. The one casualty of Qantas’ recent capacity culling is Olympic Dam in South Australia. According to OAG schedules, Qantas was the published airline operator on the route from Adelaide last year, however Alliance Airlines which operates the airport pairing is now the published carrier. Apart from this change, no airports have been added or dropped from Qantas’ schedule in 2016.

Between 2007 and 2016, Qantas’ annual share of capacity in the Australian domestic market has decreased from nearly 48% to 39%, however it remains the largest airline. Despite Qantas seeing its share of the market drop, its overall capacity during the past 10 years has risen by 8.2%, with it offering nearly 31 million one-way seats in 2016. If we take into account that Qantas is also the owner of Jetstar Airways, the combined capacity share of both carriers has fallen from 63% in 2007 to 59% this year. 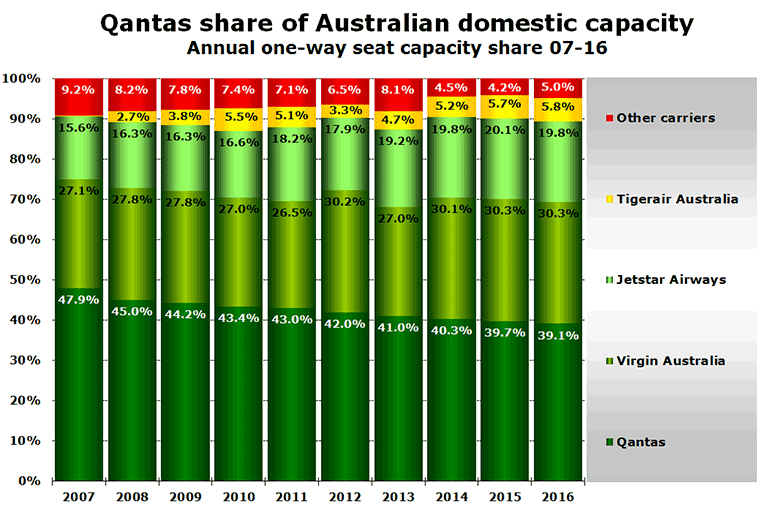 US largest international destination; averaging 28% passenger share across all markets

According to 2015 data published by Australia’s Bureau of Infrastructure, Transport and Regional Economics (BITRE), the number one international market for Qantas in relation to passengers carried is the US. In 2015, Qantas operated seven routes to the US when referring to OAG schedules, with the newest being a connection between Sydney and San Francisco which the oneworld member launched in December. The carrier’s largest route to the US is between Sydney and Los Angeles, a city pair which occupies just under 35% of the airline’s capacity between the two nations. Another factor helping contribute to this being the number one route is that the airline’s daily A380 service continues onto New York JFK. BITRE statistics show that in 2015, 1,318,677 passengers made Qantas their carrier of choice between Australia and the US. In total over 2.9 million passengers travelled between both nations last year. According to OAG schedules Qantas offered just over 1.7 million seats between Australia and the US. Taking these figures into account it means that the airline’s annual average load factor for 2015 in its largest international market was just under 76%. 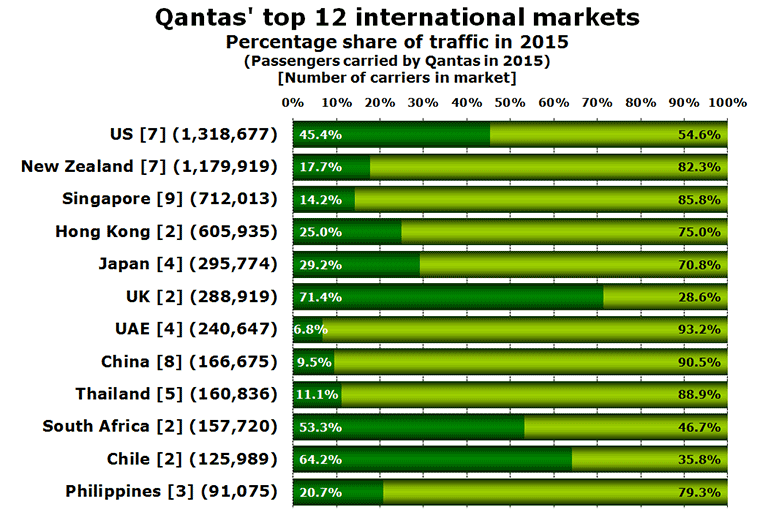 One market that does stand out is the UK, which Qantas connects to Australia with links to London Heathrow from Melbourne and Sydney via Dubai. According to BITRE, Qantas carried over 71% of traffic between Australia and the UK in 2015. The only two airlines to offer one-stop flights between Australia and the UK are Qantas and British Airways (Sydney via Singapore), both oneworld members. The data provided by BITRE only takes into account services by these airlines. Although Qantas carried 71% of passengers to and from the UK, Australia’s flag carrier codeshares with Emirates on flights to the UK (and the rest of Europe) via the MEB3 carrier’s Dubai hub. A majority of UAE-bound passengers – 3.5 million in 2015 (2.2 million flown by Emirates) – would have continued onto Europe via the Middle East. According to OAG Traffic Analyser data, Emirates flew just under one million passengers between Australia and Europe in 2015, with 36% of those passengers destined for the UK.

China is Australia’s fastest growing inbound tourism market, and it is a market recently analysed by anna.aero, which showed that Qantas carried 9.5% of passengers in the market during 2015. Last week Qantas announced that it will expand its presence in the country by announcing a new service between Sydney and Beijing, On 25 January the oneworld member will resume flights to China’s capital after a near six-year hiatus, with a thrice-weekly A330-200 operation. Qantas CEO Alan Joyce said the flights to Beijing would help the airline take advantage of surging demand for travel between Australia and China. “We’re seeing strong loads on our existing Shanghai and Hong Kong services, and on this new Beijing route we’ll have the advantage of China Eastern Airlines marketing the Qantas flight as part of their own network,” he said. China Eastern, a SkyTeam member, will also allow Qantas to codeshare on its Sydney-Hangzhou, Sydney-Kunming and Brisbane-Shanghai services. China Eastern last year carried 24% of passengers in the market between the two nations. 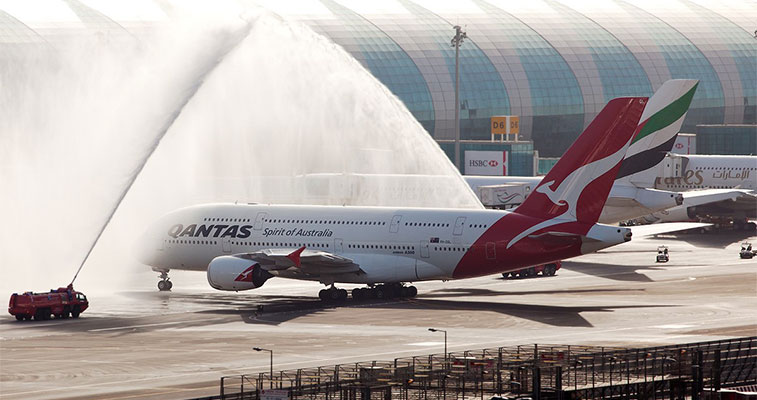 On 1 April 2013 Qantas commenced flights to Dubai and onwards to London Heathrow, with the airline also beginning a codeshare agreement with the MEB3 carrier on many of its flights to Europe. Qantas has grown seat capacity to Dubai by 1.7% over the past year, and as a result the UAE hub is now the oneworld member’s largest international operation in relation to seats.