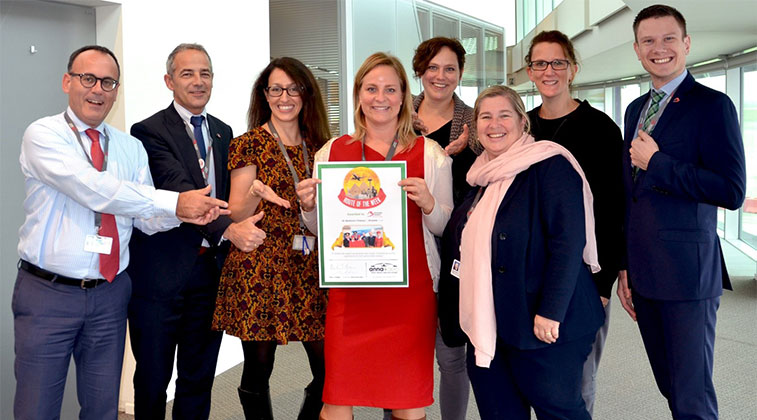 Celebrating its second Route of the Week award within the space of 12 months, having won it this time last year for the arrival of All Nippon Airways from Tokyo Narita, are part of the marketing team from Brussels Airport. The airport has won the award this time around for the arrival of Air Moldova which is linking Chisinau, the capital of Moldova, with Brussels, the capital of Belgium and Europe. Seen celebrating with the award are the airport’s: Léon Verhallen, Head of Aviation Marketing; Maarten Evenepoel, Senior Manager Aviation Marketing; Tania Ter-Ossepiantz, Airlines & Trade Marketing Manager; Karen Bulterys, Marketing Officer; Karin Schreurs, Market Research Manager; Betty Van De Nobelen, Passenger Marketing Manager; Silke Devacht, Experience & Loyalty Manager; and Geert Van Dessel, Aviation Marketing Manager. 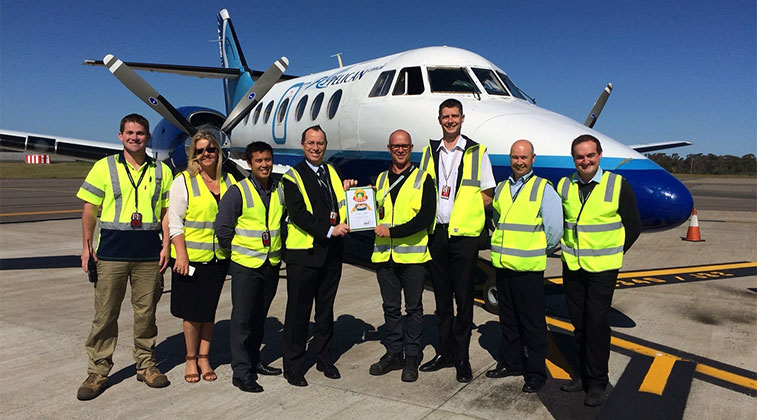 On 2 September Rzeszow Airport in Poland welcomed the arrival of Ryanair’s new service from Berlin Schönefeld with a cake, water arch salute and ribbon cutting ceremony, the three key elements that anna.aero believes an airport needs for any route launch celebration. The LCC will operate the 642-kilometre link from the German capital thrice-weekly on its 737-800 fleet.

On 25 October the UK Government finally announced that it will support the decision for a third runway at London Heathrow. The scheme will now be taken forward in the form of a draft ‘National policy statement’ (NPS) for consultation. A new runway at Heathrow will bring economic benefits to passengers and the wider economy worth up to £61 billion. Up to 77,000 additional local jobs are expected to be created over the next 14 years and the airport has committed to create 5,000 new apprenticeships over the same period. Transport Secretary Chris Grayling said of the announcement: “The step that the UK Government has taken is truly momentous. I am proud that after years of discussion and delay this government is taking decisive action to secure the UK’s place in the global aviation market – securing jobs and business opportunities for the next decade and beyond.” 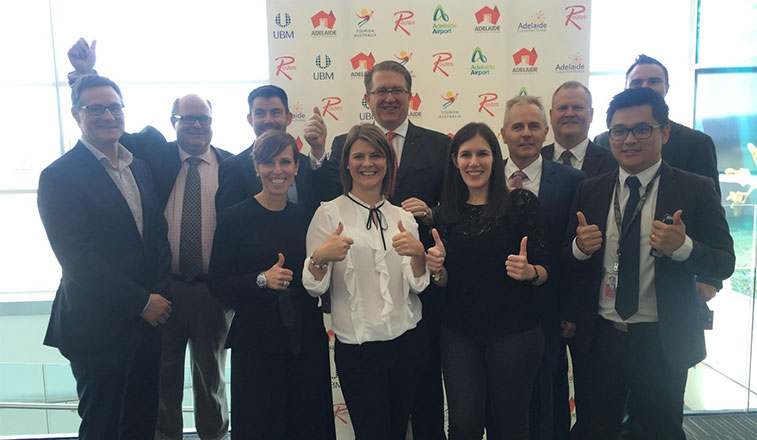 Thumbs up for Adelaide. The Australian city this week was announced as the destination for World Routes 2019. World Routes is the largest aviation trade business event in the world and is expected to bring more than 3,000 delegates from major airlines, airports, tourism and aviation businesses together. After the success of World Routes in Chengdu last month, next year’s event will be held in Barcelona, while the following year it will be in Guangzhou, a city that will connect to the 2019 host in December when China Southern Airlines launches flights to Adelaide.