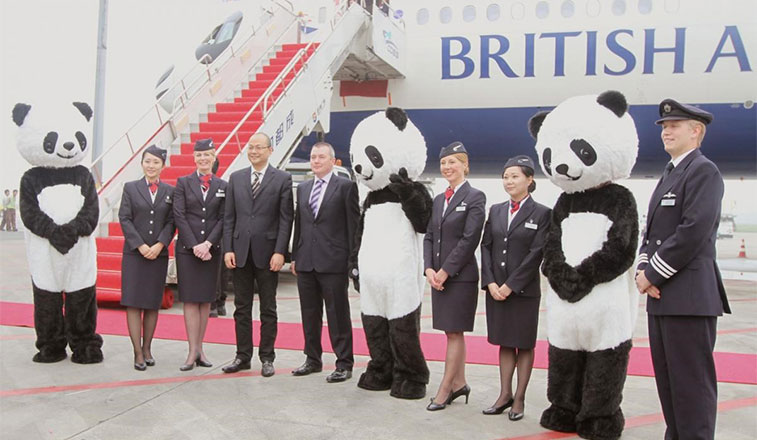 The launch of British Airways’ first service to Chengdu back in September 2013 was greeted with considerable fanfare. Willie Walsh, CEO of IAG, was full of optimism at the launch but in the 34 months of operation to July 2016 anna.aero estimates that average monthly load factors have exceeded 70% on only seven occasions. Across the whole period the average load factor has been around 56%, far below what is required to be profitable on a typical long-haul route.

British Airways (BA) announced last week that it would be ending service to Chengdu from the middle of January next year after the route had proved not commercially viable. Having recently flown on the route to attend the recent World Routes event, anna.aero can confirm that loads for those flights were pretty much full. However, this has not been the case over the history of the route as anna.aero’s research shows. Using schedule data from OAG and passenger data from the UK Civil Aviation Authority (CAA) we have been able to estimate average monthly load factors from September 2013 when the route launched until July 2016, the most recent month for which CAA data is available. This shows that in only two months has the average load factor exceeded 80%. For much of the time the monthly load factor has been below 50%. Across the 34 months from September 2013 to July 2016 the airline has carried 142,611 passengers at an estimated average load factor of just 56.3%. Discussions during the Strategy Summit at World Routes in Chengdu confirmed that long-haul routes from Chinese regional airports are often supported financially for up to three years. Clearly without such support BA is unable to generate a sufficient financial return on the route and has decided to launch service to New Orleans instead. 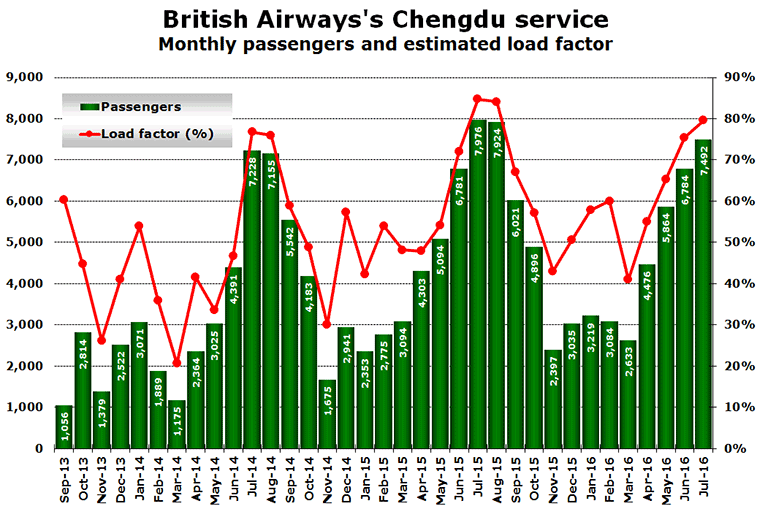