To celebrate the airline’s 10 millionth passenger at Helsinki Airport, Norwegian CEO, Bjørn Kjos, visited Finland to surprise the milestone passenger. Jenna Jokela received two return tickets in premium class to any long-distance destination offered by Norwegian. There was also a tasty looking cake to cut. Yum! Norwegian started serving Helsinki on 29 April 2010 and has operated flights to a total of 36 destinations as of this summer.

Norwegian this week celebrated the fact that it has carried 10 million passengers from its base in Helsinki. The airline started serving the Finnish capital on 29 April 2010 with flights from its main bases in Oslo and Stockholm. The airport became a designated base at the start of the S11 season. As of this summer Norwegian had offered scheduled non-stop flights to 36 destinations from Helsinki, of which only three are no longer served; Catania in Italy, and Kefallinia and Santorini in Greece. Two new routes have been announced for next summer; Amsterdam and Pristina. The Dutch route will see the carrier competing not only with Finnair and KLM but also with Transavia, which is also launching the route next summer. 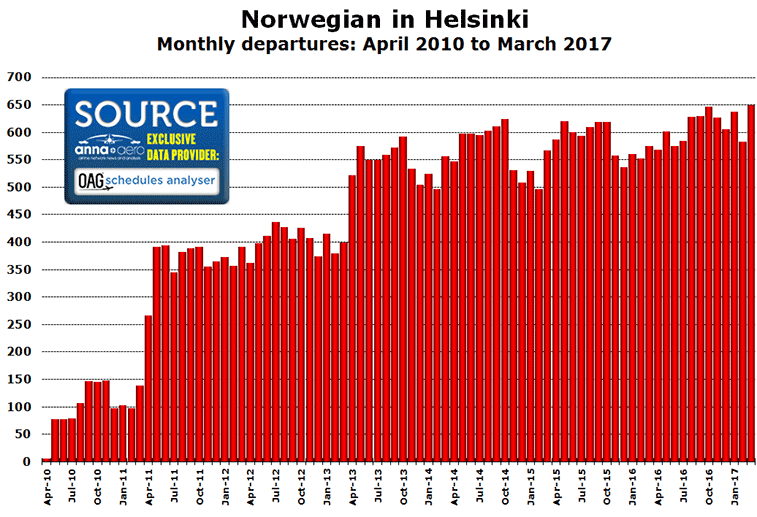 The number of destinations served each summer has grown from just two in 2010, to 13 in S11, 20 in S12, 24 in S13 and then 27 in each of the last three summers. Norwegian offers a number of both summer and winter seasonal routes. Summer-only routes include several destinations in Croatia, Greece and Italy while winter-only routes comprise Dubai, Gran Canaria, Ivalo, Kittila, Salzburg and Tenerife South. 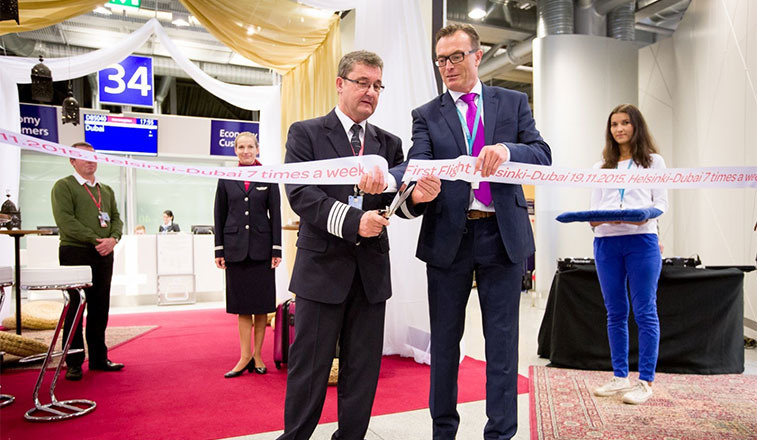 Norwegian chose not to launch any new routes from Helsinki in 2016. Its last route launch was on 19 November 2015 when it began winter-only seasonal flights to Dubai.

Norwegian has a stable 12% of Helsinki seat capacity

Looking at OAG schedule data going back to 2006 confirms that Finnair has been the dominant carrier at Helsinki throughout that period with well over 50% of seat capacity each year. Norwegian’s share of annual seat capacity reached 12% in 2013 and has not really grown much since. The airline’s last new route at the airport was to Dubai, which launched in November 2015. Blue1 used to operate flights on behalf of SAS using its own “KF” code but from the start of the W12/13 season its operations flew with SAS’ “SK” code instead. 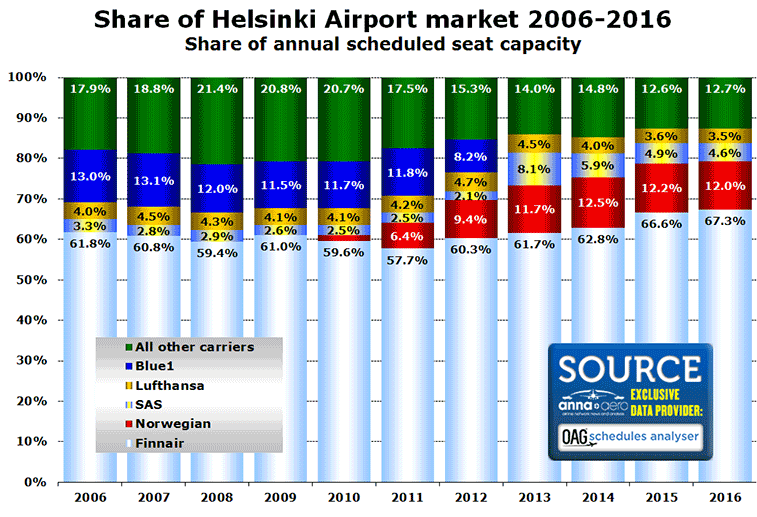 A look at Norwegian’s leading country markets from Helsinki by seat capacity reveals that domestic routes lead the way. In summer the next biggest country markets are Sweden, Spain and the UK. In winter Spain and Sweden swop places thanks to the operation of seasonal flights to the Canary Islands. 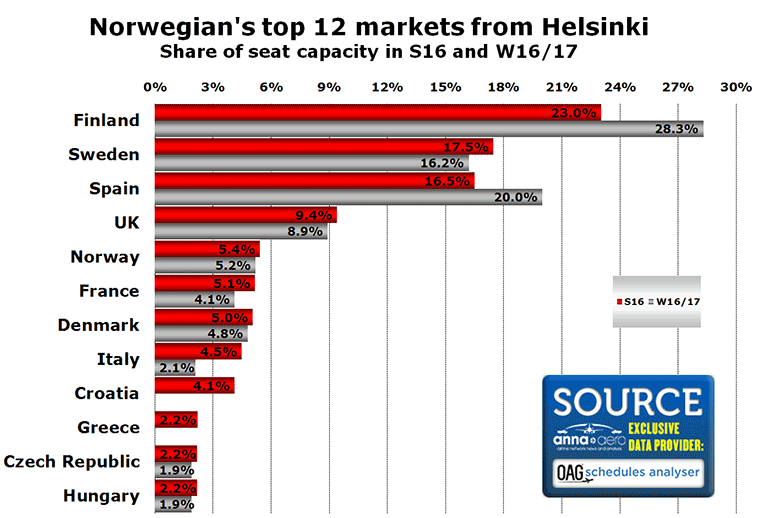 For 2016 as a whole the destinations served most often by Norwegian from Helsinki, according to OAG Schedule data, are Oulu (1,312 flights), Stockholm Arlanda (1,227), London Gatwick (675), Oslo (399), Malaga (364) and Copenhagen (363). In contrast flights to Corfu, Larnaca, Pula and Rhodes operated just eight times each this summer. 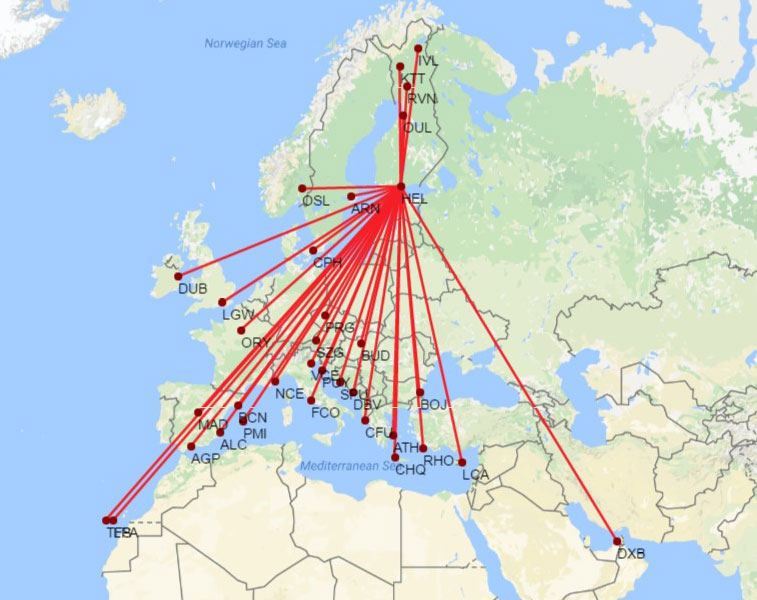 Norwegian’s 2016 network of 33 destinations from Helsinki is mostly a mixture of domestic routes, European cities and Mediterranean holiday destinations. Amsterdam and Pristina will join the network in 2017. As yet the airline does not serve the US from Finland with its long-haul 787s.