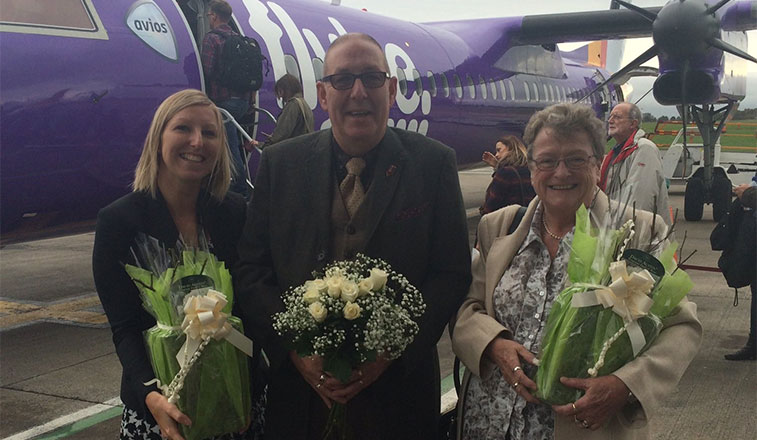 Blooming marvellous. A plant exchange took place on 28 October to celebrate the start of Flybe’s new route between Leeds Bradford and Newquay. Kayley Worsley from Leeds Bradford Airport, Nigel Eaton from RHS Harlow Carr and Judith Donovan from Eden Project and Destination Dales brought some Yorkshire Roses to Cornwall on the inaugural flight… 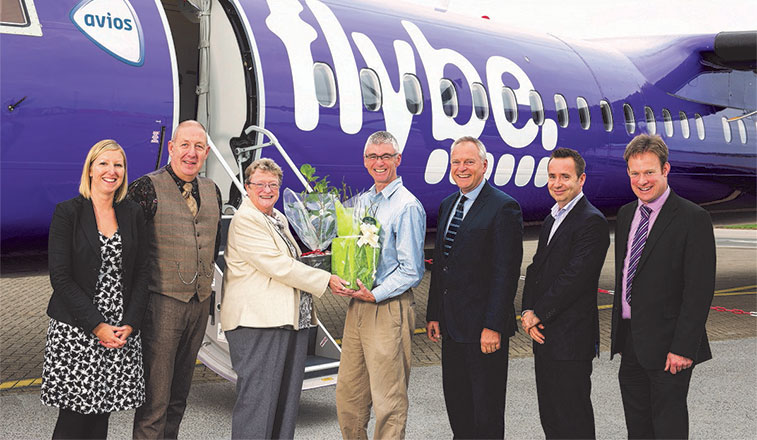 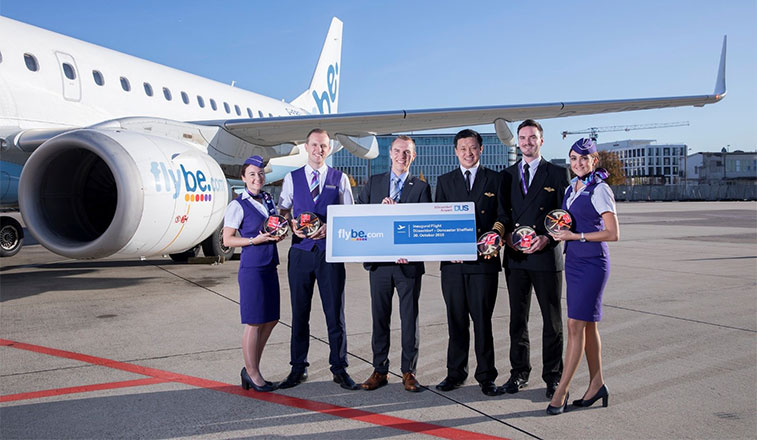 On 30 October, Flybe started four times weekly services from Doncaster Sheffield to Düsseldorf. The inaugural crew holds some German chocolate in their hands ‒ one of the symbols of Düsseldorf ‒ The Cartwheeler. Presenting the sweet treat to the crew is Dirk Jördens, Manager Airline Marketing from the German airport. Photo: Andreas Wiese. 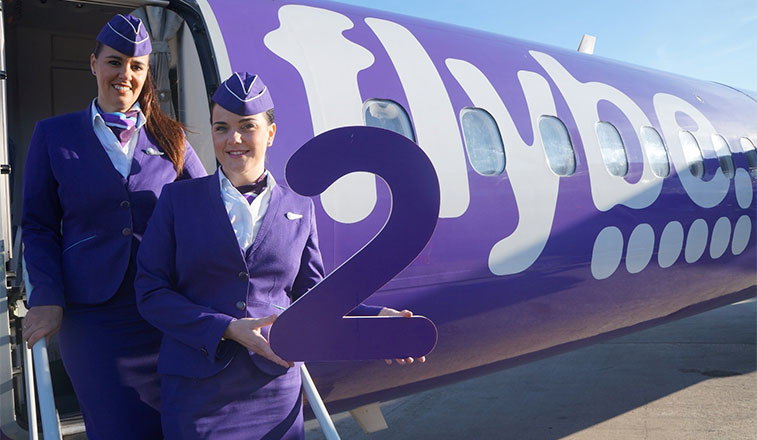 Flybe celebrated its two year anniversary of offering services to and from London City Airport by launching a new 17 times weekly route to Düsseldorf on 31 October. Of the four services launched by the airline this week, this is the only one to face direct competition – from British Airways.